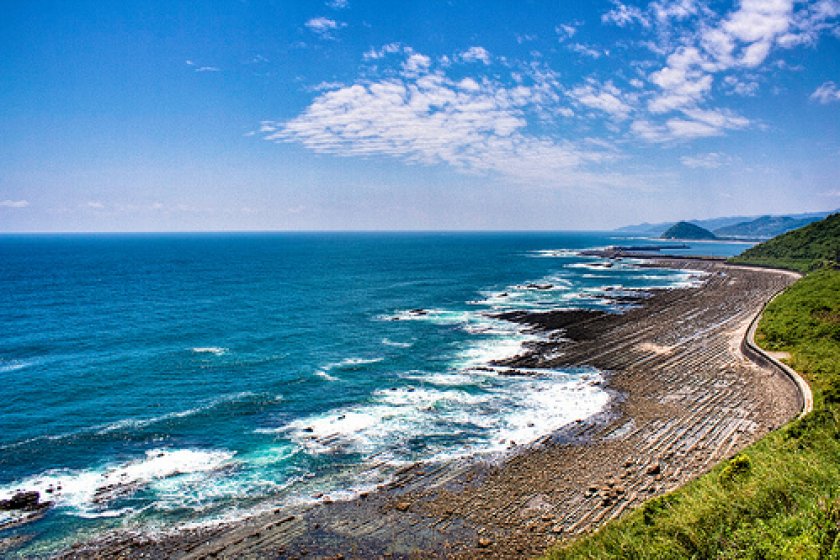 A motorcycle adventure from Beppu with three blind mice

Let me introduce the 3 Blind Mice motorcycle touring club founded in Osaka, Japan in 1993 by one Scot, one Aussie and an Englishman –none were blind or mice, but read on.

The Aussie, Steve Leave it-be, has now ‘left the building’ i.e. returned home to his native land. The Englishman, Mike-sensei, worked in almost every university in the Kansai (Osaka-Kyoto-Kobe) region in the ’90s. His whereabouts are now unknown. And The Scot, Jules, Big W. remains in the land of twisting turns 1000-year old Buddhist temples and some of the friendliest bikers on Earth.

If you want to know a bit more about the founding members of the 3BM bike riding club, and their motorbikes, please read the article about our ride around Lake Biwa, north-east of Osaka If you want to hear about a longer, more challenging ride read on.

This is Part 2 of Steve’s Osaka to Kyushu ride in mid-winter. Part 1 saw me get as far as Beppu in the northeastern tip of the island of Kyushu. Here’s what happened after that. The ride south to Miyazaki, a town famous for its ‘indoor waves’ was easy and uneventful and took less than 4 hours, if my memory is correct. Miyazaki decided to build an indoor beach complete with state-of-the-art wave machine back in the early 1990s to attract tourists. I didn’t fancy a dip in the middle of winter with icy winds blowing the Honda around so rode on heading south-west for Kagoshima city.

I left Miyazaki around 2pm for the two and a half hour ride across the bottom of the island. While it turned out to be just under 3 hours, it was definitely the scariest part of the whole 5-day trip. There is now a freeway that heads west and then north-west before finally turning south towards Kagoshima. But when I rode out of Miyazaki there was no freeway, even though there was a fairly well-signposted route across the island. Unfortunately more than 80% of those signs were in Japanese kanji (Chinese script) not romaji, alphabetized Japanese that I had been relying on so far. Surprisingly most rural Japanese areas do have romaji-written signs to indicate how international they are to foreign tourists. This part of Kyushu needn’t worry about that! I’m the only one foolish enough to go down there, especially in mid-winter.

Eventually around 4:30pm in fading light I had to admit I was lost, very cold and hungry. I had some snacks with me and a flask of hot coffee which I downed in a well-lit roadside rest stop. There was no-one around and I had to bash my semi-frozen gloved hands against the toilet brick wall to return some feeling to my fingers. Back on the bike I rode for over an hour in the rain northwest to a small town where I found a petrol station with a very kind man behind the counter. He sat me down next to his heater and gave me rice cakes and called a business hotel for me around 7pm. I slept very well on that thick futon on the tatami (rice-straw) floor. The next day I rode triumphantly into Kagoshima, a city built in the shadow of a very active volcano. It was one of the most impressive, awe-inspiring sights of nature I saw in all my rides around Japan. 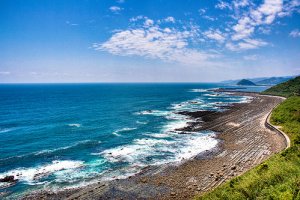 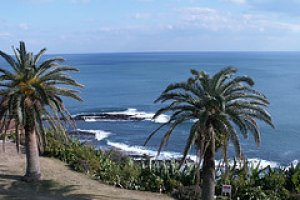 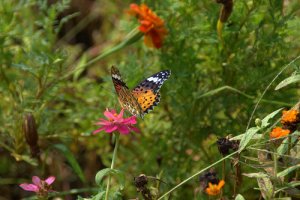 Kim 2 years ago
Sounds like an incredible trip - I don’t know what I’d do without signs in romaji though!
Reply Show all 0 replies

Victoria Vlisides 5 years ago
Wow, what a leading photo!
Reply Show all 0 replies
2 comments in total