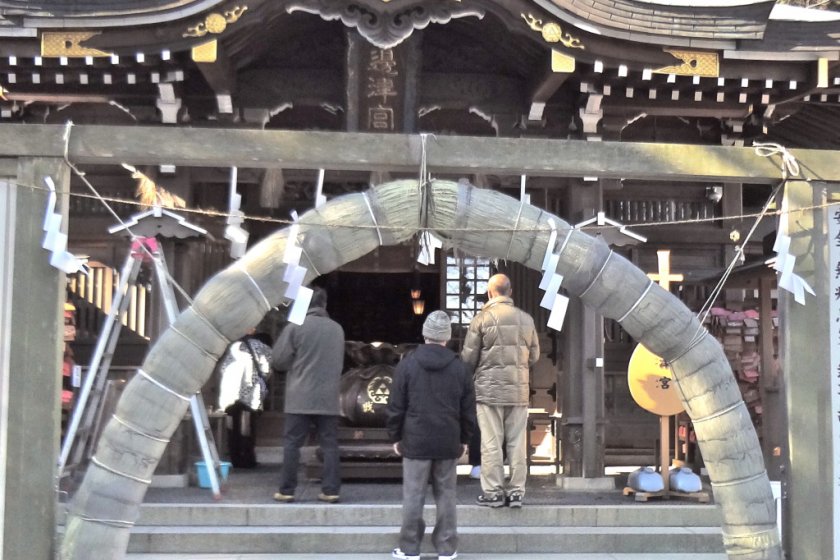 Benten, The Goddess of artists and entertainers

Hetsu-no-miya Shrine. There is a very large ring made by bundled kaya grass that stands in front of the building. This is known as Chi-no-wa, and it is used for purification.

Enoshima-jinja Shrine, which consists of three smaller shrines, is generally regarded as the holy place for Benten, one of the seven Japanese Gods of Good Fortune. This God, Benten, is the only female among them. She is considered to be the main deity to go to for artists and entertainers.So people who want to improve their artistic skills believe in her. On the other hand, there is a famous love story that takes place between a five-headed dragon and Benten. So, you will see many dragons adorning the shrine’s premises.

This white gate was created with the image of the Dragon Palace in mind. According to the myth of Enoshima, the dragon protects the island. Zuishin means “refreshed”. Before we reach this gate, we’ve already gone through two other shrine gates (one bronze, one red). As we pass between the first two gates, our mind will be rejuvenated, and at this final gate, we can feel that we are now spiritually prepared to enter the Dragon Palace.

This was built in 1206 by the order of Minamoto-no-Sanetomo (the third Shogun of the Kamakura shogunate). Two Bentens (Happi and Myo-on) are enshrined here. In addition, the Sea guardian deity, Tagitsu-hime-no-mikoto is here, too.

This is a bright red building. In 853 Jikaku-daishi (also called En-nin—the priest who organized and developed the Tendai sect ofBuddhism in Japan) built it. Ichiki-hime-no-mikoto is enshrined here. There are many stone lanterns on the shrine grounds. Entertainers, musicians, and merchants in the Edo era dedicated the lanterns, showing fervent religious belief. You can also find handprints of Kabuki actors of the modern age here.

Tagiri-hime-no-mikoto is enshrined here. The date of its erection is unclear, but it is said that the magnificent shrine burned down once in 1841. Okutsu-no-miya is the closest shrine to Iwaya, the island caves where ancient monks once practiced. It used to be the main shrine. Next to this shrine is another smaller building, which means “Dragon’s place”.

The mark of three scales

You will often see the mark of three triangles in these shrines. This design consists of three scales from the guardian dragon of Enoshima. In 1190, five years after a Samurai government was established in Kamakura, the man who worked as an assistant of the Shogun and who was the father of the Shogun’s wife (Tokimasa Hojo was his name) confined himself on Enoshima for the period of 21 days. He prayed for his family’s prosperity and received evidence of God’s acceptance of his prayers in the form of three scales left by the dragon. He thanked the dragon, and turned it intohis family mark. His decedents for generations, following in his pious footsteps, made offerings to cover the cost of the buildings, stone steps, and so on. So any time you see the family mark anywhere in the shrines, it signifies an offering from the Hojo family. 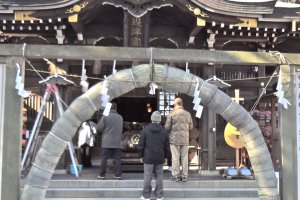 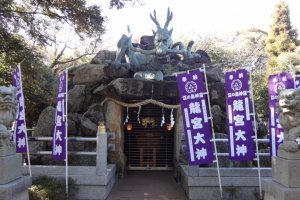 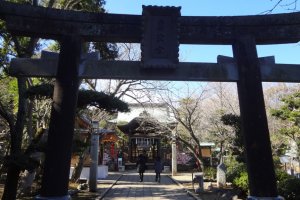 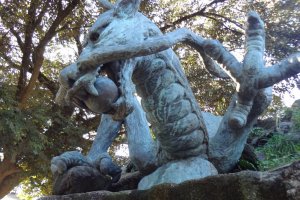 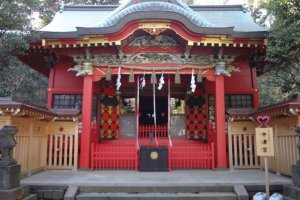 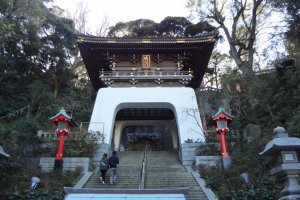 Elena Lisina 2 years ago
A lot of history to learn in every place of Japan! White gates remind Nikko in some way.
Reply Show all 0 replies
1 comment in total