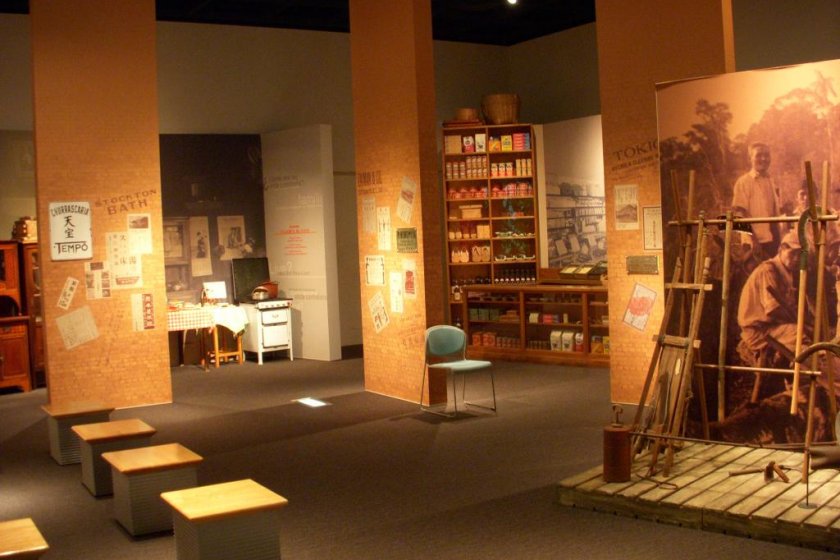 History buffs looking to escape the crowds and endless shopping near the Yokohama waterfront need only to make a slight detour from the bustle of World Porters and the Akarenga Warehouse Park, by crossing a footbridge, to reach one of the more interesting museums in the region. Located in the JICA Yokohama International Centre, a beautiful circular brick building that also features a café, shop, and information on the JICA program, the Japanese Overseas Migration Museum offers an in depth look at Japanese emigration, from the early Pre-Meiji era to the present. And those whose pocketbooks have already been fleeced my Minatomirai’s frantic consumerism can be relieved at this museum’s entry fee – it’s free!

Most free museums usually illicit diminished expectations on my part. So I was surprised at the size, scope and precision with which this museum was curated. After picking up an English pamphlet from the front desk, I was immediately struck by the vibrant colors of a Rose Festival float decorated with colorful flowers and vegetables, an exact replica of one which won first prize in Portland, Oregon (USA) in the early 20th century. From there, a turn right through a corridor began my course in Japanese migration history.

Starting with the late Tokugawa Shogunate's ease on overseas travel restrictions, featuring some of the first passports ever issued in Japan, contracts signed with oversees employers, and detailed descriptions of the circumstances behind those who decided to migrate abroad, the displays trace the evolution of Japanese migration through the decades. The information and materials on display are so vast that I easily could have spent several hours in this section alone. I was particularly impressed by documents and contracts issued by plantations in Hawaii, as well as the large single page passports that were used prior to the 1880s.

Most museums in Japan, especially those that focus on niche subjects like this one, are content to give rather brief translations in English of Japanese text and materials on display. However, the Japanese Overseas Migration Museum goes above and beyond in the information it makes available in English, and history connoisseurs who want to delve deeper into the experience of Japanese abroad won’t be disappointed. Everything is flawlessly translated, and described with so much detail I could tell that the museum was made with foreign visitors particularly in mind.

After following the progression through historical periods of Japanese migration, the museum opens up to a variety of displays which focus on daily life and the communities the Japanese formed abroad. Much of the museum focuses on the migrant experience in Central and South America, with sections displaying farming tools used and the difficult lives those Issei (first generation Japanese) endured. There are displays of typical Japanese homes abroad, with focus given to everything from foods eaten to games enjoyed. A handmade shogi set, baseball equipment, and film projectors used by a traveling cinema troupe helped to give context to the Japanese experience and their continuing bond with their culture. Of particular interest to me was a complete re-creation of an early 20th century Japanese-run general store from America which revealed the commercial mixing of East and West, as sake is shelved beside Coca-Cola and wooden geta shoes are arranged just under boxes of oatmeal, all ready to be rung up with an abacus.

In addition to these great displays there are numerous video screens that feature interviews with Japanese (often elderly) who have spent their lives abroad. You can hear firsthand accounts from Japanese who worked the plantations of South America, describing and showing in detail how farm implements were used, along with anecdotes from their daily life. There are also videologs of third and fourth generation Japanese currently living abroad, detailing their experiences and detailing their often complex relationship with Japan. Like everything else in the museum, these are also meticulously translated and subtitled. It’s a fascinating look into a world and perspective on life not often seen from here in the home islands, and might be of particular interest to foreigners in Japan who experience similar dislocation from their homeland.

The museum also has a Digital Migration Space, where those searching for more information can use computers to look at migration data and future projections. A Special Exhibit and Guidance Hall is available for presentations and talks on Japanese migration. These, in addition to the sheer volume of objects on display and information to take in, ensure that most visitors won’t be satisfied with just one visit.

So, if you tire of the crowded shopping, and need a break to reinvigorate your mind, be sure to make a side step to the Japanese Overseas Migration Museum.

I've lived in Japan for almost three years and have been constantly on the search for places that showcase the best of Japanese design and traditional culture. Fortunately, I haven't had to look hard as there are great places to visit often only a few train connections away. With careful planning, some linguistic effort, and an openness to new experiences, everyone can find special places that will leave lasting memories.I also have a great deal of help from my wife and her family, allowing me to travel to locations that I certainly wouldn't venture to solo. I'm excited to share those experiences and hope everyone can get on a new path of travel within Japan. 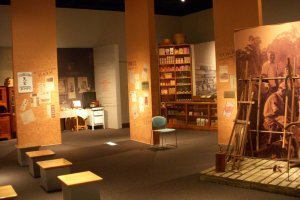 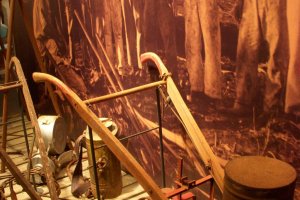 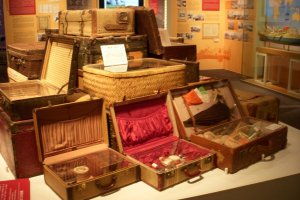 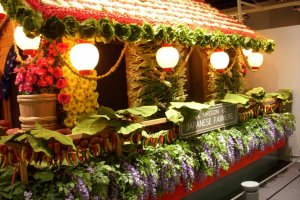 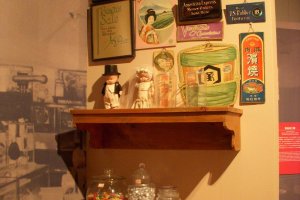 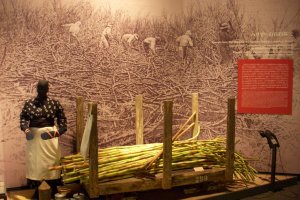 Rashaad Jorden 7 years ago
I visited the museum in 2008 but I had totally forgotten that until I saw this article.
Reply Show all 0 replies

Avery Morrow 7 years ago
I've been to Yokohama many times but never heard of this place. Thanks for pointing it out!
Reply Show all 0 replies

Mark Buckton 8 years ago
very interesting piece. Did they make any mention of Hideyo Noguchi who left Japan via Yokohama?
Reply Show all 0 replies
3 comments in total