Taking the Enoden line to Kamakura and Enoshima

I had wanted to go to Kamakura for a while, but did not actually go there until quite recently. I heard there was a few ways to go about taking a trip there. I ended up going with the train line called Enoden, and I do not regret that even one bit.

Enoden is an abbreviation for Enoshima Electric Railway, and connects Fujisawa station to Kamakura Station. As Fujisawa is a bit of a ways from Tokyo, it is not necessarily the most convenient way to Kamakura, unless you are in the area. However, the feeling you get when you ride the Enoden is unique, and the train ride was different from any train ride I have had yet in Japan.

For starters, the day I chose to embark to Kamakura was perfect. The sky was blue, the sun was shining, and it was warm beyond measure. It was quite lucky, especially considering the fact that the train passes by the ocean on its way to Kamakura. This turned out to give me a stunning view of the water as I sat in the train car. As it was also my first time seeing the ocean in Japan, I could not get my eyes off the view.

Furthermore, at one point the train passes through the streets of villages on the way to Kamakura. This makes for an experience almost like being in a tram, since the train passes through the streets, running right past the cars. However, the Japanese streets are also quite small, and it gets you really close to the buildings, closer than any other train ride I have ever had. I also started to wonder how the cars could even run past the train on such a small road.

I can definitely recommend also going to Enoshima by the same train line, if you choose to go to Kamakura. When the train goes from Fujisawa to Kamakura, one of the stops on the way is Enoshima Station. This is a completely viable option, however, the view you get when you take the train from Kamakura to Enoshima is something else. At least for me, I really enjoyed riding the train and loved when we could start seeing the island of Enoshima appear in the view from our seats.

You can buy tickets for the Enoden line at ticket machines in Fujisawa Station, or use regular IC cards like Pasmo and Suica. It is also possible to buy a one-day pass for the train line, which lets you use it as much as you like. This ticket costs ¥600 for adults, and ¥300 for children, but does not save you money unless you use the train several times. I went from Fujisawa Station to Kamakura Station first, and then from there to Enoshima Station and later again from there back to Fujisawa Station. This would have costed me ¥780 in total, so in my case it saved me ¥180. 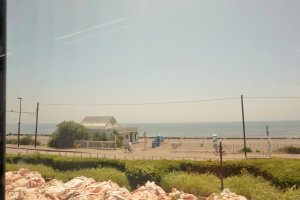 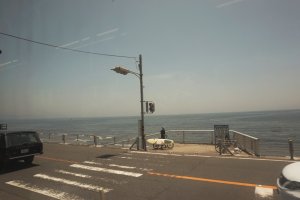 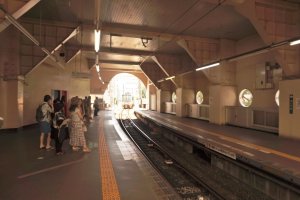 Elena Lisina a year ago
Thanks for useful information!
Reply Show all 0 replies

Isabelle Despert Okumura 4 years ago
Yes, Olga is right. Never try to get on Enoden during the golden week, you've to queue for more than 1 hour sometimes!