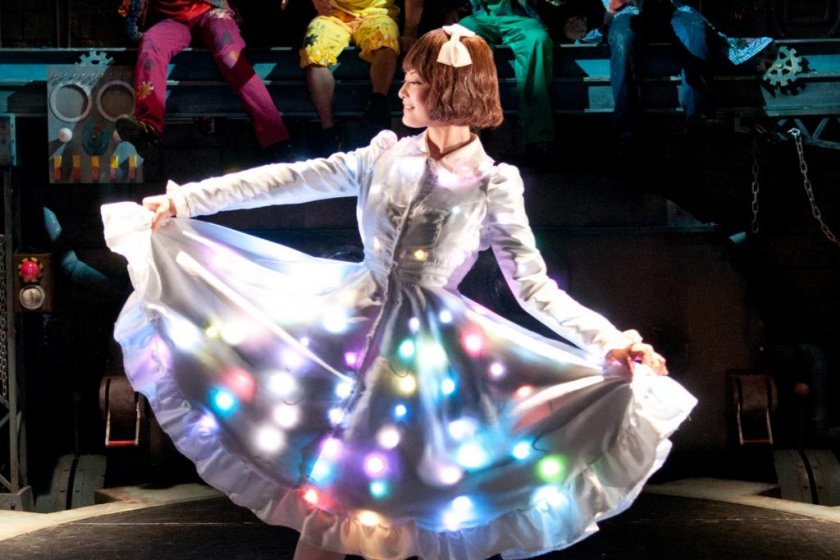 The lifeless doll is transformed to a princess in this magical story (Photo: GEAR / JT)

GEAR is a celebration of humanity. In a world where people are dehumanized like robots like a cog in a mechanized economy, it teaches us about the wonder of life, connection, community, and love.

The brainchild of producer Kohara-san, GEAR is part fairy tale, part magic, and a hundred percent entertainment for the whole family. Set in a seemingly abandoned toy factory 500 years in the future, it appeals to the inner child in us. The narrator tells us that the abandoned robots inhibit the industrial-looking workshop, giving artistic license to both historic and futuristic anime stories that have no direct reference to actual timelines of any nation. So history buffs like me would need to suspend our disbelief and go with the flow as we journey with these four robotoid human beings in their spiritual and metaphysical awakening.

The robotoids, in their zombie-like existence, work in an assembly line without thinking, and even with no inputs to work with and no products to speak of, continue to work in total monotony. Despite being physically near one another, there is no sense of community. It is like the other robotoids do not exist.

Suddenly there is a freak accident, and a doll from the previously hidden warehouse above falls in their midst. Like manna from heaven, she is given life and is transformed into a human-like doll. While she does not speak, she is like a newborn baby, inquisitive about life and its simple joys. With the beauty of a princess doll, she ignites the hearts of the robotoids, who not only come alive, but start connecting with one other, both as a team and in their desire to connect with the doll. They finally become human. It reminds me of the Wizard of Oz, with the lion and the tin man finding love and human connection, as well as Psalm 8, which is poetically beautiful – “When I consider your heavens, the work of your fingers, the moon, and the stars, which you have set in place, what is mankind that you are mindful of them, human beings that you care for them? You have made them a little lower than the angels and crowned them with glory and honor.”

Being a non-verbal performance, the subplots are often open to personal interpretation. There is a scene where the four robotoids court the doll for her affection, one with a sad-looking flower, one with a toy bus, one with a globe, and one with a tin can, which he magically picks up coins and tosses them in the can. I originally thought the doll was interested in the money, but the director tells me that actually as the doll has never heard the sound of metal clanging, she was curious about how the sound was made. It is like she is a toddler in wonder with the world. On the other hand, her perfectly sculpted face reminds some people of a cosplay figure in a maid cafe. GEAR has something to offer to everyone. 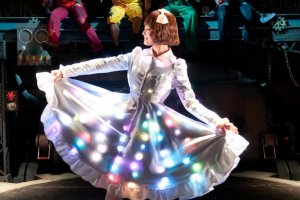 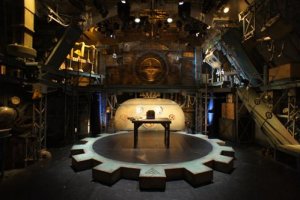 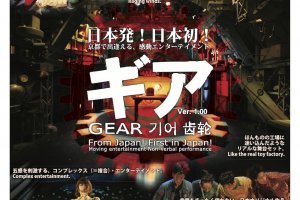