A taste of Nepal in Kyoto

Chicken and spinach curry with a hint of aromatic ginger

If you want a break from Japanese food or are craving something spicy, consider Samjhana, a Nepalese restaurant in Takanotakeya, Kyoto.

The restaurant offers a wide variety of curry, such as spinach, chickpea and seafood curries. The curries are incredibly aromatic and you can smell the food while walking past the restaurant. I found the scent of my dish to be just as nice as its taste.

There are a number of tandoor-cooked dishes at Samjhana as well, like tandoori chicken, prawns and fish. All of the dishes cooked in the tandoor are reasonably priced at around ¥600.

Of course the main item cooked in the tandoor is naan. The restaurant has many types of naan, some more unusual in Japan than others, like carrot naan, sesame flavored naan and a spicy onion naan. However, if you're not up for something new, Japan's tried and true naans are available, too, such as cheese and butter naan. For naan lovers, there's an all you can eat naan and rice set.

I have eaten at my fair share of Indian and Nepalese restaurants in Japan, and while I got just the plain naan, it is by far the best I've had here. It was light and fluffy, sweet but not too much so. The portion sizes are also quite large.

One thing Samjhana likes to focus on is its course menus. Course menu prices start at ¥2,200 and can go up to ¥8,400. The cheapest course, the A course, includes three dishes, plus either coffee, a lassi or Nepalese tea. The other sets include 6 or more dishes and also have items such as ice cream and a curry of your choice.

The different types of lassi served at Samjhana was a pleasant surprise. While most Indian and Nepalese restaurants simply have plain and mango lassis, Samjhana also has banana and kiwi lassis. The lassis are blended fresh by order, and the difference in taste is noticeable. Of all the lassis I've had, the banana lassi at Samjhana is my favorite. It was fresh and was just the right consistency and sweetness level. Lassis cost ¥450.

Other drinks that may be hard to find in Japan are Nepalese beer and rum, Nepalese tea and cinnamon tea. If you want to try a bit of everything, there is an all you can drink and eat menu, which allows you to pick whichever drinks you want while dining on as much curry, naan, salad and Indian crackers as you please.

The employees at Samjhana are quite friendly and talkative. They are attentive and happy to answer any questions regarding the menu or the restaurant.

The restaurant is decorated with posters of the Himalayas, Hindu gods and colorful lanterns, which can make for a festive atmosphere. 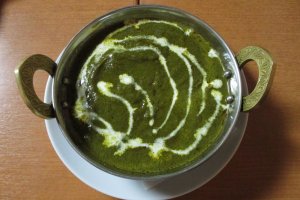 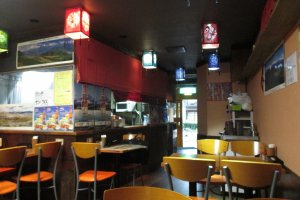 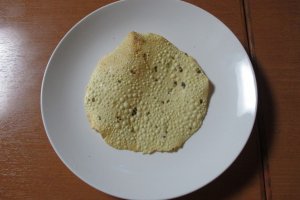 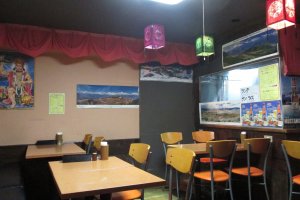 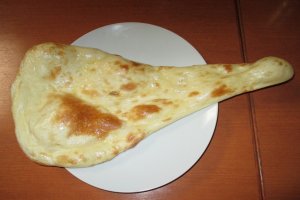 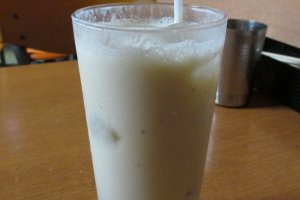