Discover the secrets of the San'in Kaigan Geopark

A visit to the central region of northern Kyoto, northern Hyogo and Tottori—collectively promoting themselves under the 'Legend Japan' title—makes for the perfect chance to enjoy local delicacies, soothing hot springs, stunning scenery, unique culture influenced by ancient Chinese traditions, and a unique geological history, which unveils a glimpse of a past era when Japan was still attached to the continent.

For a taste of the real Japan, and to encounter experiences that can’t be had on the Golden Route (the typical tourist route in Japan), take some of the roads less traveled, and head to northern Kyoto, northern Hyogo and Tottori.

Travelling across the geographically diverse San'in Kaigan Geopark, witness a range of beautiful discoveries on a rewarding journey showcasing some of Japan's most unique destinations and most stunning natural environments.

Kyoto by the sea

Northern Kyoto is a world away from the traditional temple town to the south, combining numerous landmarks blessed by an expansive coastline alongside numerous opportunities to learn the local culture.

Just one hour north of Kyoto Station, Ayabe City is a beautiful rural area with many chances to explore some local, traditional culture. Stopping by the Kurotani Washi Kaikan, witness how this traditional Japanese paper with over 800 years of history is made and try first-hand at making your own Kurotani Washi. Learn about this ancient artform from the local craftsmen whilst exploring the Washi Centre!

At Ayabe Gunze Square, close by Ayabe Station itself, you can buy local products and souvenirs, visit the Rose Garden and museum (exploring the area's textile past), but best of all, try a green tea experience at the Ayacha Cafe. Here you will learn about the gyokuro variety of shaded green tea, one of the more luxurious types which is grown under shade, including how to drink it in a variety of ways.

If you're looking for a bite to eat, Paddlë is a cafe-restaurant in the Shinjocho area north-west of the station, serving a variety of exciting dishes and freshly prepared cakes in their beautifully handcrafted, rustic interior. It's popular with the locals and it's easy to see why (editor's note: now closed).

For a solid night's sleep, Seikiro is a traditional ryokan and historical museum in one, located in neighbouring Miyazu City. The sheer number of displays and artefacts hint at the wide number of historical artists and writers who have frequented this homely Japanese inn and the ryokan's influence through the ages. Enjoy kaiseki (multi-course) Japanese cuisine showcasing local seafood, before dipping into the hot spring bath (with subtle hints of therapeutic sulphur) to prepare you for a splendid night's rest. Best of all, the ryokan's proximity to Amanohashidate means you can continue your journey north in spectacular fashion.

Amanohashidate is a pine tree laden sandbar in Miyazu Bay, considered one of the Three Great Views of Japan seen from the Viewland attraction at the top of Mt Monju – known as 'Hiryukan', or 'view of the flying dragon'. It is definitely worth visiting Monjudo at Chionji Temple on the south side of Amanohashidate, which is a holy place full of wisdom and popular with prospective Japanese students. If the weather is nice, we recommend traveling along the sandbar by rental bicycle taking in the sea views and fresh air.

Continuing north along the Tango Peninsula, visit the idyllic, coastal fishing village of Ine-cho, home to 230 funaya (boathouses) lining the bay shore. Stroll through the neighbourhood to admire the serene atmosphere and drop by the Mukai Shuzo (向井酒造) sake brewery – known for their 'Ine-mankai' sake served at Tokyo's noma restaurant.

A 30 minute cruise around the bay area on the Ine-wan Meguri ferry can be followed by fresh seafood at the Abura-ya restaurant at Funaya-no-Sato 'road station', complete with panoramic views of Ine Bay.

Further west of Ine, discover more coastal vistas from both Kotohikihama Beach (famous for its 'singing sand') and Kumihama Bay.

Combining a vast complex across several zones, witness Japan's deepest tank at 12m and a variety of interactive experiences (such as fishing) and scheduled performances (including dolphins and sea lions). Top this off with panoramic views of the surrounding sea and Nochigashima island, the supposed location of 'Ryugu Castle' from the Urashima Taro legend, with a giant turtle sculpture lying just off the shore to further cement the claim.

Further to the west, the Koyasan Shingon Sect's Daijoji temple in Kami-cho offers a revealing glimpse into history. Founded in 765 AD, all 165 sliding door (fusuma) artworks are designated important cultural assets. The natural light from outside reveals subtle changes in color depending on your perspective, while the scenes depicted perfectly adapt regardless of whether the doors are open or closed.

Nearby, Kawamotoya is a top choice for ryokan if you consider staying in the Kasumi/Kami-cho area for the night. With 60 years experience, a recent renovation provides a sleek, comforting take on the traditional ryokan concept. When crab is in season, enjoy a luxurious kaiseki feast of local seafood delights before soaking in one of the healing onsens (with both rock and hinoki cypress types available). The single long corridor on both floors showcases a variety of arts and crafts, turning Kawamotoya into a walkthrough museum.

A few train stops west along the San'in Main Line will take you to Amarube Station – worth alighting for the spectacular sea views from the 'Sky Station'/Sora-no-Eki vantage point and the chance to marvel at the march of change on the local rail bridge. What once was a red steel trestle bridge from 1912 has since been replaced by a concrete 2010 viaduct, though the original partially remains for posterity's sake.

Further inland in the Kami-cho region, you may come across the Kasumi Tsuru brewery, a famous sake brewery running tours of their facilities (now available in English) and offering the chance to try a selection of their famous tipples in a tasting session afterwards. Learn about the process of polishing rice, washing rice and making koji which drives the fermentation process. Afterwards, the brewery shop presents a good opportunity to take home your favourites in souvenir wrapping.

One of north-west Hyogo's main treasures is the Yumura onsen resort town, home to a large number of onsen ryokans. The town's 98°C therapeutic hot springs are used widely, with many locals piping onsen waters direct to their homes as a secondary water source. Visitors can enjoy making boiled eggs (ready after 13 minutes!) in the onsen waters at Arayu by the river, where free foot-baths are also available for visitors.

It's also here at nearby Refresh Park Yumura's Kaede steakhouse where you can enjoy the succulent, marbled and melt-in-your-mouth Tajima beef – exclusively raised in this mountainous Tajima region of northern Hyogo and the original strain of which the very best is marketed as true 'Kobe beef'.

Tottori prefecture is perhaps one of the most well-known destinations within the San'in Kaigan Geopark area – the striking images of the coastal sand dunes are known to many visitors to western Japan, with the 50m tall hills and expansive desert views formed over 100,000 years stretching 16km along the coast and 2km inland in some areas.

Further to the east, it is well worth exploring the Uradome coast to marvel at the sheer variety of geological features and terrain types – San'in Matsushima Yuran runs leisure boat tours along the coast starting in Iwamoto.

The old town of Kurayoshi is worth visiting for the Edo period white plaster-walled storehouses that line the river running through the centre, with some of the older properties in the area bearing unique red-tiled roofs and charred cedar panels. Just head to the Akagawara area, north of Utsubuki Park (also known for its cherry blossom views).

In the nearby Misasa onsen town area, Ryokan Ohashi offers beautiful Japanese architecture and traditional design, with over 80 years of history to its name and registered as a national tangible cultural property. Banquet-style kaiseki cuisine is prepared by their award-winning chef, while soothing hot spring waters allow you to relax in earshot of the Misasa River's gentle flow a few metres away.

Learn about the history of the beloved manga series, Detective Conan, by visiting the Gosho Aoyama Manga Factory near the coast in the northern Hokuei area (from where the artist originated). The hit series has since spawned a long-running anime series and multiple films, alongside the original manga first serialised in 1994.

Why not let the manga theme continue? Journeying north across the Yumigahama Peninsula to Sakaiminato will unveil an incredible manga-decorated neighbourhood, stretching from Sakaiminato Station to the Mizuki Shigeru Museum.

Mizuki is the famous manga artist who created the successful yokai/folklore creature-based manga series, GeGeGe no Kitarō, back in 1960. His characters now adorn the station-museum route, known as the Mizuki Shigeru Road. Look out for the characters' influence on the shop facades, decorated signs and even custom manhole covers! Live-action characters can also be spotted too, making Tottori really live up to its 'Manga Kingdom' nickname.

Further to the south, the Sakaiminato Fish Centre can provide an insight into where to buy the freshest catch of the day – with dozens of crab lining the stalls in the early Spring season, and a host of fresh seafood available to purchase year-round. Next door, the Yume Minato Tower hosts a 43m high observation deck, whilst the Honokami onsen provides a relaxation opportunity.

If you're looking to dine in style, the Kaike Tsuruya ryokan hotel in Yonago does wonderful kaiseki course lunches, including local nodoguro seabass and Tottori wagyu beef, whilst offering panoramic views of Mt Daisen from the top floor.

Whilst you may be travelling by rental car or train, if you are looking to transfer by plane, Yonago Kitaro Airport underwent a renewal in March 2016. Now you can appreciate a 'Forest of Yokai' stained glass artwork and 'Whale Airship' installation overlooking the departure area. Manga fans definitely won't want to miss out! 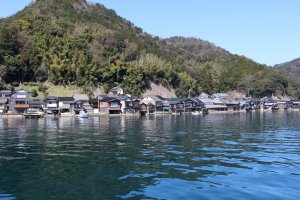 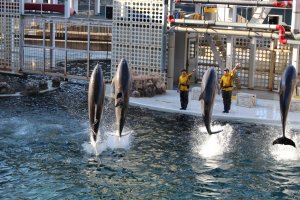 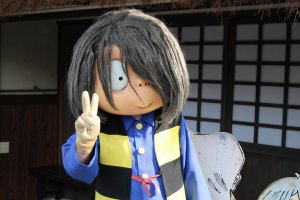 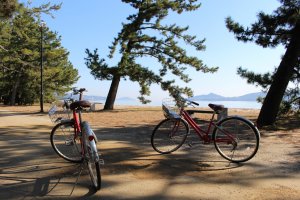 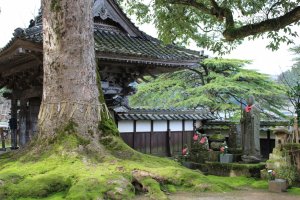 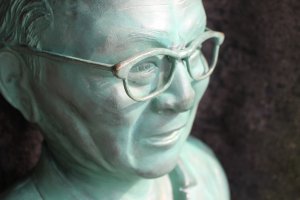 Jihad Mahmoud 6 years ago
I want to go to the sand dunes!
Reply Show all 0 replies

Bonson Lam 6 years ago
This is an encyclopaedia of information about Kyoto, Hyogo and Tottori! The pictures really tell a story.
Reply Show all 0 replies
2 comments in total