If you want to soak up the flavors and culture of the city of Sendai in the course of just one meal, step inside and back in time at Datehan Nagaya Sakaba (伊達藩長屋酒場). Located in the heart of downtown on Hirosedori Avenue across from the Forus Building (3 minute walk from Hirosedori Subway Station exit 6), this bar is easy to find though intimidating at first to enter. The solid wall of sake barrels facing the street is actually hiding a small entrance to the bottom left. You'll need to duck down to enter. Then suddenly like Alice in Wonderland you are transported to another world.

It is the middle of the Edo period. As the name of the restaurant suggests, feudal lords of the Date clan, the founders of Sendai, may have very well enjoyed a place like this during their rule from the 1600-1800s. The darkened interior lit by electric lanterns with traditional shamisen string music played from hidden speakers is just the beginning. Private rooms, hallways, and a spectacular central seating counter surrounding an area where some of the meals are prepared and served are filled with real and fake period items. I highly recommend sitting at this counter area as it gives you the most to look at. Though if you go without a local, you may have no idea of all the Sendai symbols hiding in plain site. Tanabata festival streamers hang from the ceiling, tansu cabinetry, a local craft, are used as storage, and a life-sized Sendai Shiro (a local deity of good fortune) sits at the far end of the counter with you. My eyes were having a feast, but my stomach was ready for one, too.

You are spoiled for choice at the Date Clan Hangout Pub. Meat, seafood, and veggies are all available in addition to a wide selection of general drinks and regional sake. You should really come here though for the local specialties-- nearly all of them. You can't talk about Sendai without gyutan, the grilled beef tongue dish that put the city on the culinary map. You can also try miso, zunda (crushed edamame rice cakes), and sasakamaboko (grilled fish cakes). The choices don't stop in the prefecture's capital, but stretch to its furthest borders. Tickle your taste buds with oysters from Matsushima, fish dishes from Minamisanriku, yakisoba from Ishinomaki, and even shark fin dishes from Kesennuma. I have been here twice and was impressed with the flavorful pizza, juicy gyutan, and fresh fish dishes I ordered. The only downside to the menu is now it is all in Japanese, and although prices are reasonable for the quality, this restaurant is best reserved for a special treat. However, pictures on the menu and patient staff which try their best at English will make anyone feel welcome.

If you looking for local food in a very Japanese setting, dine like a feudal lord with a visit to the Date Clan Hangout Pub.

Located in the heart of downtown on Hirosedori Avenue across from the Forus Building – 3 minute walk from Hirosedori Subway Station exit 6. 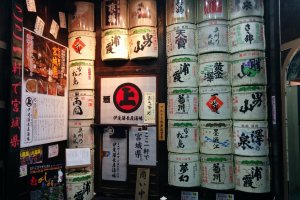 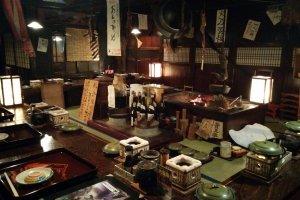 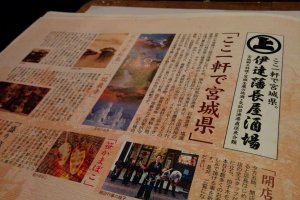 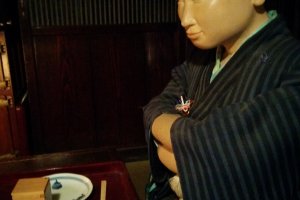 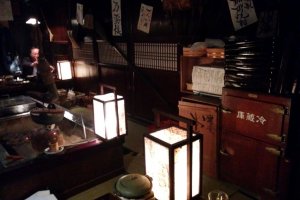 Dale A. Brown 6 years ago
Sounds like an awesome place!
Reply Show all 0 replies

Iain Stanley 6 years ago
The name itself deserves 5 stars!!
Reply Show all 2 replies

Justin Velgus Author 6 years ago
I think some people may be reading the English word "date" as in a romantic outing. Actually, this is Date (dah-tay), reference to the clan that founded Sendai. Either way, good times! haha
Reply

Elena Lisina a week ago
I thought Date is pronounced as Dateh... can't spell it in English, sorry! :))
Reply
5 comments in total