A convenient way to explore Japan

Traveling most of Japan is not so difficult, thanks to its vast network of trains, airplanes, and buses which almost always run on time. However, for those taking a trip to the countryside or wanting to take a trip at their own convenience on their own schedule, nothing beats renting a car. Personally, I have rented from several companies before while in Japan, so I was curious to find out how Times Car Rental compared with the competition.

Checking out their website, I am already impressed. There is of course a Japanese website, a Chinese site, and my favorite, English. The English website is extensive with clear explanations of how to rent and reserve a car, as well as helpful extras such as requirements for driving in Japan, some basic sightseeing recommendations, and contact forms should you still have questions. I found the pricing of the car rentals competitive, yet slightly higher than some other places I have rented from. However, this small difference is more than justified thanks to the English booking, support, and service Times provides.

My initial check-in at a Sendai, Miyagi Prefecture branch store exceeded my expectations. I was greeted by a staff member in a suit, and the process was smooth and quick, even though I came thirty minutes earlier than my reservation time. I had informed the store I was heading to Akita Prefecture, and was surprised that they had prepared several English and Japanese pamphlets of the area for me. Now that's service! I spoke Japanese during my visit. I am not sure if all branches have English speaking representatives, but all branches do have English forms and even safety manuals.

There are many options to choose when renting a car here, from light 'K' cars, to vans and even a luxury car or two. I settled on a four door sedan with four-wheel drive. That extra power was useful during my ill-timed night time ride through the mountains of northern Miyagi Prefecture during the rain. The car ran smooth with no problems during my entire three day 600km journey. It was obviously well-kept and maintained.

Operating the car navigation (GPS) was the only trouble I had during the trip. Most cars in Japan have a built-in car navigation or it can be rented separately. The staff were kind enough to ask if I wanted it changed to the English setting (which only some car rental companies have invested in). While my passenger and I were able to figure out how to set locations easy enough, several of the additional settings on the system are still Japanese only. The most important setting we could not activate was the ''skip toll roads'' button. My smartphone navigation saved the day. It seems this problem is not the rental company's but because English car navigation in Japan is still not perfected. In hindsight, I think this problem could be easily fixed by asking instructions and for a few notes from staff before your trip.

Renting a car opens up a whole new world to the traveler in Japan. Whether it is the stunning beauty of the countryside, a hidden gem far from the city, or even driving from one place to another on your time, nothing beats that feeling of freedom a car gives you. Your personal experience may vary, but I was happy with the warm welcome and peace of mind I received via the high level of service and English booking at Times Car Rental. My weekend adventure was that much better because of the great start and finish. 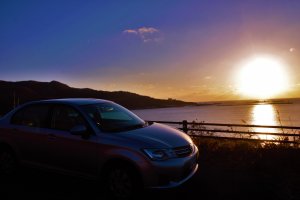 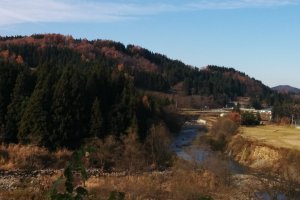 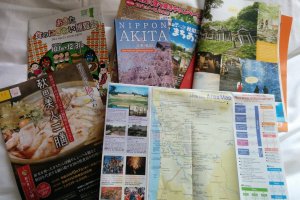 Mandy Bartok 8 years ago
I wholeheartedly agree that renting a car opens you up to so many discoveries. I love having a car here in Kyushu but when we travel, we try to rent a car as well at least for part of the time. Our summer vacation in Yamagata and Miyama was totally enhanced by our ability to take the back roads and explore. Hope you had fun in Akita!
Reply Show all 0 replies
1 comment in total