Stay in style and comfort at this central hotel

The biggest city in Tohoku, Sendai has so many hotels that it can be difficult to choose. One time, though, one of the websites I use saved me the hassle by offering a deal that was too good to turn down! (I don't guarantee this will happen every time.)

The lobby is a nice welcome to the hotel, with a little lounge area furnished with colourful, comfortable couches and sleek glass tables. The staff were helpful and efficient, giving me a sheet of information in English, and even going as far as to lend me an iPad for the evening when I had trouble with my computer.

My single room was the usual compact size, absolutely fine for a solo light traveler like myself, though the lack of a full desk made it a little tricky to set up my laptop. Instead I had a little cushioned seat and a little table, nice enough to sit at and have my breakfast (my bargain rate included no meals, of course).

The design was simple, modern and stylish, with plenty of woodtones, a full length mirror, and a nice tiled bathroom rather than the molded plastic unit common in business hotels. Little touches of attention to detail made things more convenient; a bag to carry towels to the public bath, light switches for the whole room immediately by the bed, an effective blind and screen on the window rather than curtains.

The public bathroom was good and spacious, with a good range of toiletries, and plenty of room in the bath to stretch out my weary legs and relax after a day at the sights. (As is common in Japan, guests with tattoos aren't allowed to use the bathroom, though that actually didn't stop one Japanese guest from doing so.)

The hotel is on Minamimachi-dori, close to the intersection with Chuo-dori. It's just five minutes' walk from the west exit of JR Sendai station, about the same from Aoba-dori Ichibancho station on the Tozi subway line, or less from JR Aoba-dori station.

Rooms come in single, semi-double and double varieties. The rate will vary with room type and season, but you're unlikely to pay more than JPY5000 per head per night, unless you include the slightly expensive buffet breakfast. 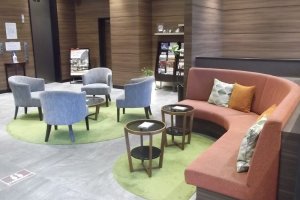 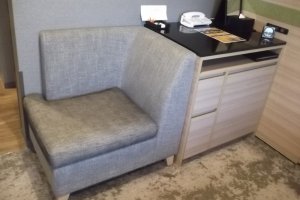 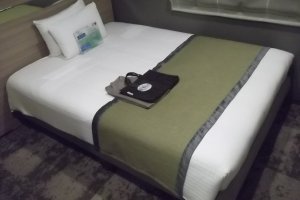 Bonson Lam a week ago
This is a great find. At this rate you are on your way to staying in every hotel in Sendai!
Reply Show all 1 replies

Peter Sidell Author a week ago
That would take years! :)
Reply

Kim a week ago
It looks like they've really maximized the space in the room!
Reply Show all 1 replies

Peter Sidell Author a week ago
Aye, it's not big but they do make the most of it.
Reply

Justin Velgus a week ago
I'm glad you enjoyed your trip to Sendai! Thanks for visiting. The funny thing I realized is that is hard to recommend hotels in a city you live--since you never use them. This looks like a good option for travelers in terms of price and location. Thanks for the tip!
Reply Show all 1 replies

Bonson Lam a week ago
Hopefully you will welcome many more visitors in the years to come Justin!
Reply
6 comments in total