We all know Japan's highest mountain, but how about it's lowest? From 1991 to 1996, that would have been Hiyoriyama, standing a proud 6.05 meters.

Eventually, the big city of Osaka robbed the rural mountain of its ''small'' claim to fame with Tenpozan. For nearly two decades Tenpozan boasted its lowness, even offering those that climb it a certificate of achievement and developing the area as a tourist attraction. Then the tsunami, born from the mother of all Japanese earthquakes which struck Japan on 11 March 2011, changed everything. With destroyed homes and thousands dead, there is nothing to celebrate from this disaster. However, the unlikely event created an unlikely scenario. Confirmed in April 2014, Hiyoriyama's height was reduced to half and is again now Japan's lowest mountain.

You may be asking yourself what is the definition of a mountain and how a big hill differs from a small mountain. Tell me when you find out. I had to see what all the hype was about, so I set out to conquer the mini mountain. To start things off, Hiyoriyama is a little difficult to find. There is a more famous Hiyoriyama in nearby Ishinomaki, as well as one in Yuriage, another area damaged by the tsunami and just a 25-minute drive away. Use the map in this article to find this Hiyoriyama, or ask a local as I did. The height of the mountain is ambiguous if it were not for the stacked rocks and a large white sign letting visitors know they have arrived.

This part of Sendai is called Gamo and was once a beautiful wetlands area popular for birdwatching. Most of that scenery was swept away though nature is slowly coming back. Unlike Tenpozan, there are no tourism schemes and nothing really at all. But you still want to say you climbed it, don't you? As did I. Just a short drive from the Kirin Beer Factory and finally down a small pothole-filled road where houses once stood leads you to your destination. Traces of stairs can be seen marking the start of the climb. Make sure to stretch and hydrate well before the five to ten-second trek. The summit soars 3.0 meters above sea level. Even still, oxygen levels were stable during my entire journey. While most of the surrounding area is still under construction, you can see the now beautiful ocean nearby after your climb.

The original Hiyoriyama was a man-made mountain constructed during the Edo period to provide a lookout point for spotting ships and for fishermen to survey the weather. With hundreds of years of history, Hiyoriyama now stands taller and prouder than ever before. A visit to the mountain makes a fun picture and story to share with friends.

There are no public transportation options as of now, so your best bet is a 30-minute drive from Sendai Station. 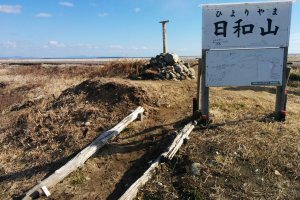 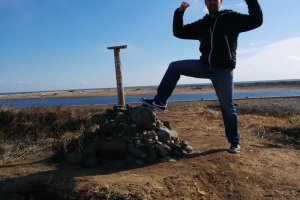 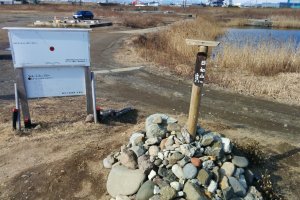 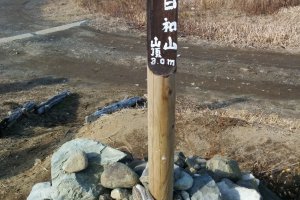 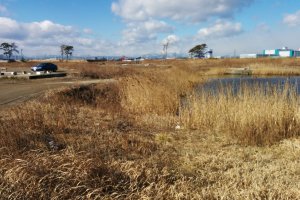 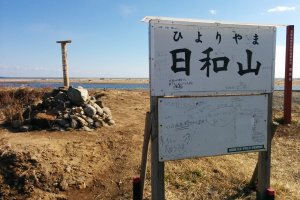 Elena Lisina a year ago
It's funny! :D
Reply Show all 0 replies

Lester Goh 6 years ago
Excellent. Sounds like a climb I can reasonably complete. A mountain hike before breakfast, that'll be quite the story hahaha.
Reply Show all 0 replies
2 comments in total