Your gateway to a recovering Kesennuma City

The Kesennuma Line runs from Maeyachi Station in Ishinomaki (Miyagi Prefecture) to Kesennuma Station, linking the north-eastern coast of Miyagi prefecture with the Ishinomaki Line in the south, and the Ofunato Line in the north. A large section of railway infrastructure between Minami-Kesennuma Station and Rikuzen-Togura Station, including tracks, stations and railway bridges were badly damaged or completely destroyed by the 2011 Tohoku earthquake and tsunami. As a result of this damage to the Kesennuma Line and prohibitive costs of railway restoration, JR East converted the line into a dedicated bus rapid transit (BRT) route as of 27 December 2011.

The Ofunato Line runs from Ichinoseki Station to Kesennuma Station. The eastern section between Kesennuma and Sakari remains closed, and in February 2012, JR East officially proposed that this section of the line be scrapped and replaced by the BRT network.​The Ofunato Line was damaged by the 2011 Tohoku earthquake and tsunami, however services resumed on the western 62 km portion of the route between Ichinoseki and Kesennuma. The eastbound services consist of 10 local trains and one Super Dragon rapid service.The westbound service consists of nine local trains and one rapid.

The dedicated BRT bus network now links visitors up with stations no longer accessible by rail. The busses run at similar intervals to what the trains did and although journey times are slightly longer, the busses provide access to additional areas that the trains did not. They are very clean, efficient and provide all stop information in English on their LCD displays at the front of the bus. As you exit Kesennuma Station, you will notice the signs directing you to the BRT stop where you can find the schedule and routes. You can pay as you go by collecting a ticket as you enter the bus, or alternatively, buy your ticket inside Kesennuma Station before you board the bus.

If you're interested in visiting the badly damaged towns of Rikuzentakata and Ofunato to the north, a trip from Kesennuma Station will take you approximately one hour by bus. You can also access Minamisanriku, a bustling port town located only 10 minutes south of Kesennuma Station.

I believe the best way to support Kesennuma, and its neighboring cities, is to visit the region and give back to the community by way of tourism. The local people really appreciate seeing visitors coming from near and far to help them rebuild and recover from such a tragic event. Something as simple as eating at their rebuilt restaurants and shopping at their temporary housed shops is all it takes to put a smile on faces, and ultimately help the citizens of Kesennuma rebuild for the future. JR East Kesennuma Station is your gateway to do so. 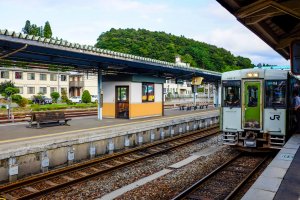 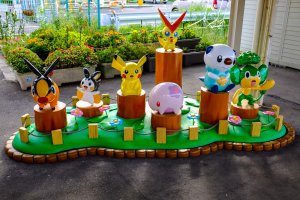 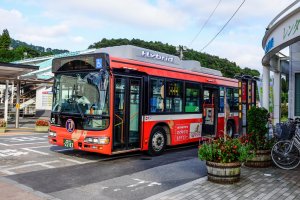 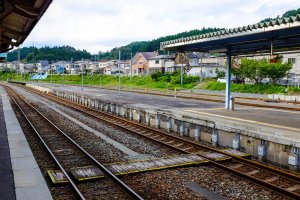 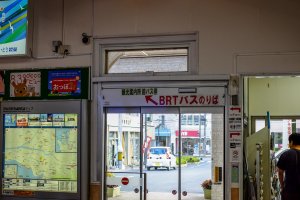 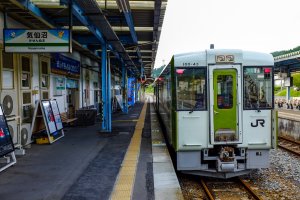 Justin Velgus 6 years ago
Great article. I visited myself this weekend. Visitors should know right across the street is a very helpful tourist info center. It also has a bicycle rental service!!
Reply Show all 0 replies

Michael Flemming 6 years ago
I really like this informative article that not only describes what the JR East station has to offer, but how the company and the residents in the served areas are coping after the disasters of 2011 as well.
Reply Show all 0 replies
2 comments in total