As much as I like Sendai, I'll allow that the compact center isn't home to that many landmark sights. But if anything, that makes it easier to plan! At the top of my short list there were the lavish mausoleum of Zuihoden, the Mediatheque art and community center, and the Miyagi Museum of Art.

Before I even went into the building, I had plenty to enjoy. The area around the museum and the garden behind it are home to plenty of sculptures, many of them rather playful: a big fat cat, some classical figures, a chubby man riding an equally chubby horse, some more abstract pieces.

I decided not to see the special exhibition, going instead just for the permanent collection. In the spacious rooms there were paintings by mostly post-war Japanese artists, many of them attractive, well executed portraits and landscapes. The last room featured more modern works, including some colourful abstracts and an interesting, unusual sculpture.

Then at the end, there was a final surprise for me. In a room with deep blue walls there were a number of paintings by famous European artists, notably Wassily Kandinsky and Paul Klee. Minor works, but still enjoyable to find

In another part of the museum there's a separate gallery dedicated to the works of Churyo Sato, an acclaimed sculptor from Miyagi. Visitors are greeted by a row of bronze heads, but soon find more variety in the poses of the subjects, making this a fun few rooms to wander around.

Finally, there's the Kenmin gallery, a space available for rent to anyone who wants to exhibit. When I visited, there was an exhibition of artworks by students at local schools, whose various artworks displayed wonderful talent and imagination.

It's quite a long way from Sendai station, probably about half an hour's walk, but it's served by the Loople sightseeing bus, and it's also just a few minutes' walk from either of International Center or Kawauchi stations on the Tozai subway line.

The museum is open daily except Mondays from 9:30am to 5:00pm; if a Monday is a national holiday, it's open on the Monday and closed the following Tuesday. It's also closed over the New Year holiday, and occasionally throughout the year for maintenance and exhibition changes.

Admission for the permanent collection, including the Sato Churyo gallery, is JPY300, with discounts for students and groups of twenty or more. Charges vary for admission to special exhibitions. 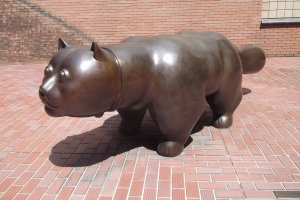 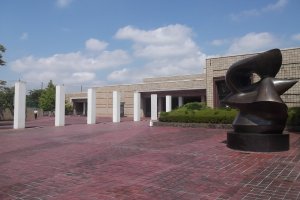 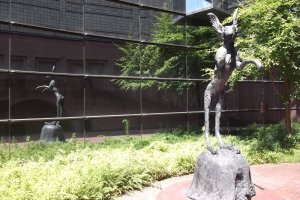 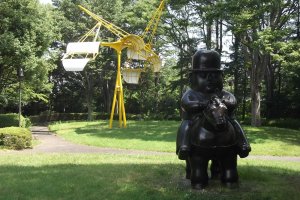 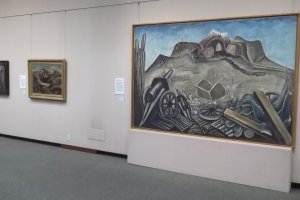 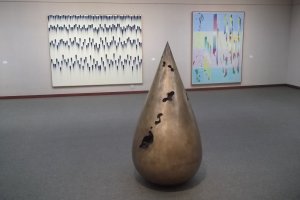 Sherilyn Siy 6 days ago
I particularly like the paintings by local students.
Reply Show all 0 replies

Elena Lisina 6 days ago
Vasily Kandinsky is actually Russian artist. He lived in Germany as he worked as a tutor in BAUHAUS, and later moved to Paris. So, some of his works got into the Miyagi Museum of Art!
Reply Show all 0 replies

Kim a week ago
Loving the sculptures, especially the chubby cat!
Reply Show all 1 replies

Bonson Lam 6 days ago
There seems to be an universal appeal with chubby sculptures, not just in Sendai.
Reply
4 comments in total