Nagano’s mountains can be seen from everywhere in Nagano City. One in particular kept luring me to come on over, with its forested hills, dots of farms and residences, and a red roofed top of a shrine or temple. But there weren’t any visible ways to reach it.

I decided to just ramble along in that general direction to see what happened. Surprise! Cutting across farmlands I found paths that led further upwards. Oh serendipity! Unexpectedly walking in farmland and forests, I could stop, smell the trees, and see Nagano below, picture framed by trees.

I found two specific places of such serendipity by surprise, Hirashiba and Koshibami. I never knew they existed until I got there.

I came across Hirashiba by following my feet in the direction of the mountains and that red tin temple roof. I ascended through farmland paths and climbed some horrifically steep stone stairs to a vast empty field fenced all around. I could only gaze at the red temple top still afar, calling my name, with the temple bell gonging out the hour.

There was a forest lined road nearby which took me down to a big signboard. It was in Japanese, later translated for me as Hirashiba Park.

Koshibami I found because I was still wanting to find my elusive temple. At the signboard leading to Hirashiba, I deviated from an immense forested road to follow a mountain trail with small, isolated farm huts and tattered scarecrows.Thick, slippery, carpets of leaves at times hid the trail, and I had to go back down and find another way up. A few tiny, abandoned kami huts and eroded juzos, along with withered trees, were my only companions.

There were a couple of forked turnings (with my luck there always is). I walked a little ahead on each to try to suss out which was better. In the end, all roads led to Rome.

I trudged to a mountain corner of memorial boulders and markers with a splendid viewing point over Nagano. Then suddenly there was my temple, with its sloping red tin roof, bell and all, and not a soul in sight. The ambience was one of mystery, especially since it was a mystery, really, where I was. Only later I found out the temple's name is Amidaji. Continuing on, I noticed statues hidden in foliage, stone plaques with faded etchings of Buddha and Kannon.

In Nagano, I wanted to walk around in the mountains, not minding that I had neither aim nor knowledge. Finding forested roads and trails, always suddenly and unexpectedly around the corner, another shrine, with beautiful Nagano in the scoop of the mountains below in constant view - it was more than I hoped for.

Finding the mountain trails and serendipity

Easiest: Face in the direction of the main street that leads to super duper Zenkoji Temple, and turn left. You can be at any point, just walk towards the mountainsides. A good landmark is if you can spot Amidaji's red roofed temple top.

Keep walking till you come to the Susobana River. There will be signs telling you this is it.

Cross the river. Keep walking in the direction of the mountain top. You cross through mountain hamlets, farmland.

Both can be found by following the same route to the signboard.

On a map of Nagano, in the direction Zenkoji again, look for Saikyoji Temple on the right. Head for the traffic light junction ahead. Landmarks are an Orange Peco building, and Lawson’s. Here turn left.

Keep walking. You will pass Nagano Central Post Office on your left. Green bird cage lights are hung up on the whole street.

Keep walking past the traffic junction Okadamachiminami, a school on your right, until you come to the river. Cross over to the electric tower just there.

Staying right you will come to the big signboard map with two roads. Turn right for Hirashiba, left for Koshibami. 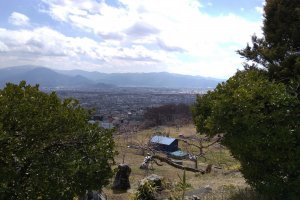 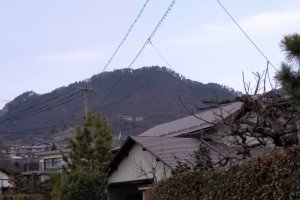 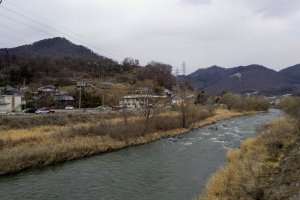 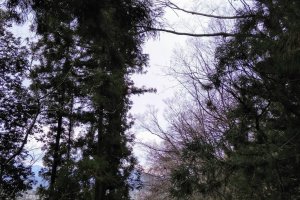 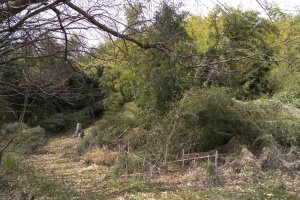 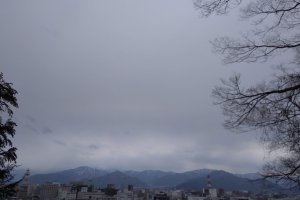 Elizabeth S 3 years ago
I've done this too, wandered out of a train station ticket gate to find rural landscapes, temples, shrines, and little hidden wonders that don't appear in guide books. If you do this, be sure to pack layers of clothing as temperatures at the tops of hills and mountains can be dramatically different. And tank up on water and sports drinks.
Reply Show all 0 replies

Kim 3 years ago
Sometimes the best things are found without having any specific destination, and just enjoying what you encounter along the way. This was a lovely read!
Reply Show all 1 replies