One of the stops on the Hokuriku Shinkansen

Niigata's Joetsumyoko Station is a relatively new one, having only been opened back in 2015 - this coincided with the extension of the Hokuriku Shinkansen the same year. Along with the shinkansen route, the station is also served by the Echigo Tokimeki Railway's Myoko Haneuma Line which connects Myoko Kogen to Naoetsu. The station is often seen as the gateway to many of the winter ski and snowboarding spots nearby.

If you're after some recommendations for things to do and see in the area, be sure to head to the tourist info center within the station itself. There, you'll find a range of brochures and leaflets about some of the best attractions nearby, along with information on other destinations along the Hokuriku Shinkansen line such as Nagano and Toyama. The staff here can also provide assistance with information on the best ways of getting from A to B in the region, accommodation tips, and more. The center is open from 9 am until 6 pm daily.

As for food and shopping options inside the station, there are numerous choices. The Joetsu City Souvenir Store has a host of locally-produced items available for purchase, including sake, rice, and senbei (rice crackers) that Niigata Prefecture is famous for. If you're after a bento to take on the train with you, look no further than Ekiben Yamazakiya - they're famous for some award-winning bento creations, including their ever-popular cod roe variety. For a sit-down eating option, the Nanatsu No Omotenashi restaurant is popular for its range of Japanese dishes like udon, ramen, and karaage (fried chicken). They also offer sake tasting sets, which is an easy way to sample a few different varieties to see which you like best.

For those who plan to continue their journeys in this part of Japan via private vehicle, there are several different rental car companies located just outside the station, including Times Car Rental, Toyota Rent-a-Car, and J-Net Rent-a-Car to name just a few.

Joetsumyoko Station can be reached within around 2 hours from Tokyo Station. 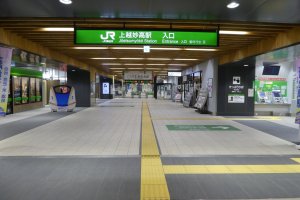 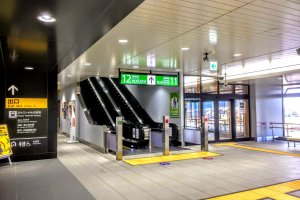 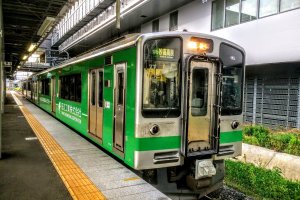 Elena Lisina 10 months ago
I love Japanese transport and stations - always comfortable and clean! I wish it was like that here...
Reply Show all 1 replies

Kim Author 10 months ago
Yes, agreed! I feel like Japan is in a league of its own in that regard. Thr cleanest, most comfortable, and most on-time transport!
Reply
2 comments in total