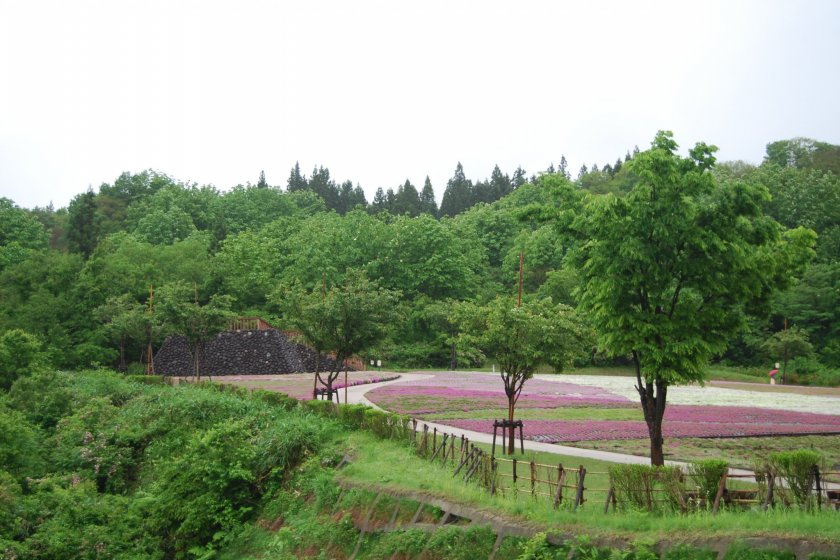 A small park with springtime shibazakura

The park is set up on a hillside (Photo: Kim B)

Located in the Uonuma area of Niigata Prefecture, the Negoya Flower, Greenery and Snow Village is known locally for its springtime shibazakura (moss phlox) display. Over 200,000 shibazakura plants in various shades of pink, purple, white, and red fill a space of around one hectare, and the flowers can be seen when driving along the adjacent Kan-etsu Expressway. If you manage to catch the shibazakura at the right time, it looks like a colorful patchwork quilt has been laid out along the hillside.

Other highlights of spring at the Negoya Flower, Greenery and Snow Village are the azaleas and the katakuri, or dogtooth violets, but it's not only spring that sees color and life at the park. You'll find fireflies, dragonflies, and tadpoles here during summer, and the vivid colors of leaves changing in autumn are truly a sight to behold. You can also get great views out over the famous three peaks of Echigo from the park on clear days - Mount Echigo-Komagatake, Mount Nakanodake, and Mount Hakkai.

Admission to the park is free and restrooms and vending machines are available on-site. When the shibazakura festival takes place during spring, there are typically food vans available in the parking lot.

Do note that the park closes during the winter months due to the heavy snowfall in the region.

The Negoya Flower, Greenery and Snow Village is located approximately seven minutes drive from the Horinouchi Interchange of the Kan Etsu Expressway. Free parking is available on-site for over 100 vehicles.

For those who are visiting the area via public transport, head to Koide Station, which is served by the JR Joetsu local line. From there, take the local bus bound for Shinden Shuukaiso mae (stop number UC 15). From there, the park is located approximately one kilometer away. 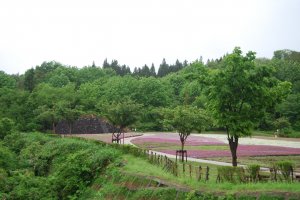 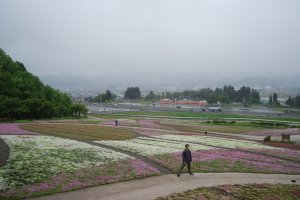 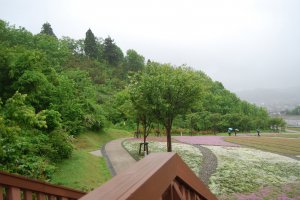 Elena Lisina 4 months ago
Shibazakura is beautiful, I saw it in Hitsujiyama Park.
Reply Show all 3 replies

Kim Author 4 months ago
Hitsujiyama is beautiful! This little park is famous for being very pretty - the day I went though was right after some heavy rain so the poor flowers were looking a bit sad!
Reply

Elena Lisina 4 months ago
Yes, but I like such days as there are less people! ;)
Reply