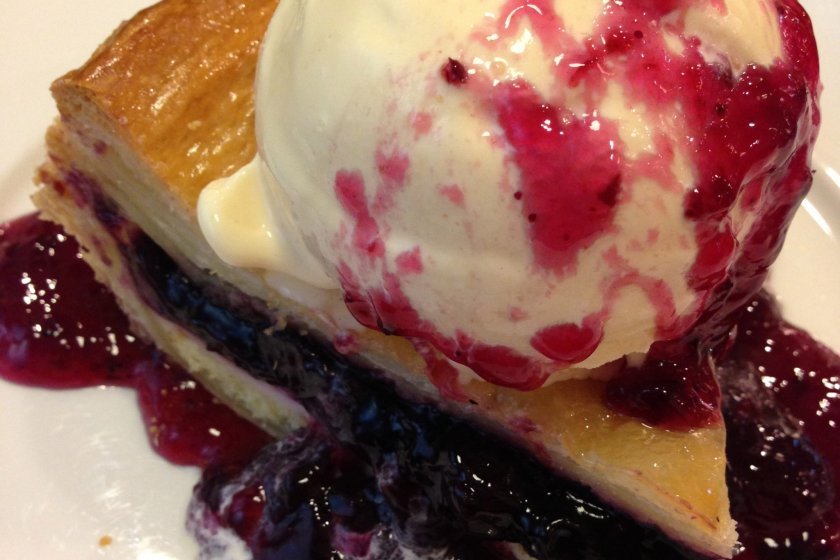 Ice cream and a history lesson. . . how cool is that?

Spending time in Okinawa is like being inside a living museum. Everywhere you look is a seemingly average site with a more than average history just waiting to be discovered. Big Dip Makiminato is one of those locations.

Much like other American style establishments Big Dip Makiminato is the result of the American military presence in Okinawa after the war. Soldiers now stationed on Okinawa needed dairy products which the island couldn’t provide at the time. Foremost Co came to the rescue and began construction of an establishment located near Camp Kinser which at the time was known as Camp Makiminato in 1948.

At the time the only people with access to the dairy products, including rich and delicious ice cream, were military members and those who had access to the base. Of course the deliciousness coming from Foremost Co didn’t stay secret for long and in the 70’s a new company was born, “Foremost Blue Seal Co”. This change as well as the downsizing of the base made it possible for everyone to now enjoy the tasty treats available.

Although many years have passed Big Dip Makiminato seems to be perfectly preserved. Stepping in the front door will transport you back to the days of black and white tiled floors and plush booths. At the bar sits a military officer happy to greet guests and take photos. He’s a little creepy but everyone seem to love him.

The look and feel of Big Dip Makiminato may be simple but don’t be fooled, the menu goes beyond expectations. Of course there is the famous ice cream, a favorite in Okinawa. The flavors include everything you know and love as well as some Okinawan inspired flavors like purple sweet potato, Okinawan sea salt and mango. You can also enjoy an assortment of other tropical flavors in one of the many smoothies and soft creams available.

Ice cream isn’t the only thing that Big Dip puts an Okinawan spin on either. Why not try the “Okinawa Tacos Dog” a play on a post-war favorite “Taco Rice”. This hotdog offers all the toppings of a taco on a hotdog served in a soft and delicious bun.

For those who prefer the “classics” Big Dip Makiminato not only has what you’re looking for but also does it better then anyone else on the island. That’s right, a grilled to perfection beef patty on a fresh bun with crisp veggies. . . it doesn’t get any better than that. Or maybe it does? Top off that burger with one of Big Dip Makiminato’s delicious deserts like a baked doughnut, sundae or my personal favorite pie a la mode.

When it comes to price Big Dip Makiminato is hard to beat. About 1,000 yen can get you a burger, fries and scoop of ice cream. Other treats vary in price but are manageable so there’s no reason to pass this up.

Hai Sai! I'm Kathryn and I live on the beautiful island of Okinawa. I enjoy exploring not only the things that Okinawa is well known for but also those little known places in between. 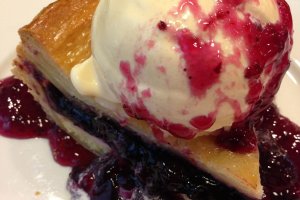 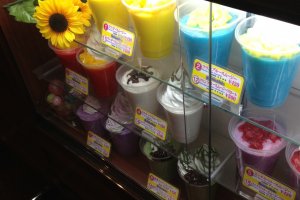 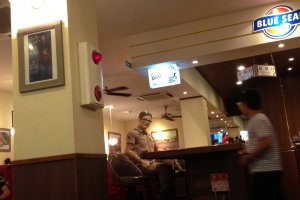 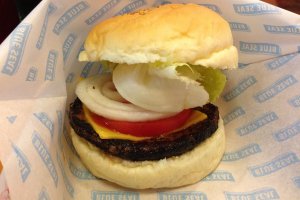 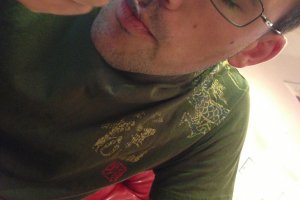 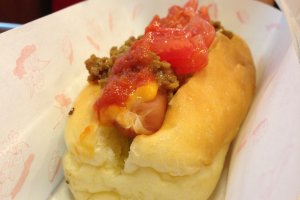 JapanTravel Guest 6 years ago
I love the historical background behind this restaurant. How neat! It's so cool to find such unique places like this on this website. There is a plethora of them waiting to be explored. The food seems very appealing to American customers, or maybe that is just me. Thank you for sharing!
Reply Show all 0 replies
1 comment in total