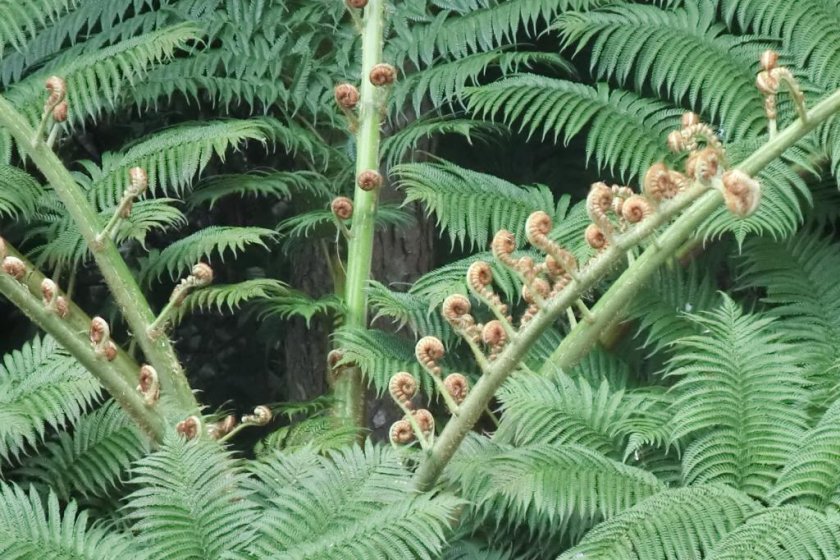 Tree fern you can eat, young shoots good as tempura.

If you really love hiking, Okinawa is the LAST place you would think to visit in Japan, right? More well known for white sandy beaches, snorkeling, Okinawa is kind of flat...

Wrong! As long as you can make it all the way to the very very south of the prefecture (yes, next to Taiwan) to a little island gem in the Yaeyama Archipelago called Ishigaki. You have to take an airplane, it is the only way there, though luckily that means you get to experience the spankin' new Ishigaki Airport; It boasts the island's only Starbucks, where even the locals hang out.

Ishigaki also boasts the most delicious pineapple in the world, and is one of the few places in all of Japan that is hot enough to grow any pineapple, let alone the world's most delicious varieties, of which there are many. Along with massive mangos that go for up to ¥2000 (about $20) a piece!

I mention the "pine" as it is simply called in Japanese here because you are going to need a sweet snack to take on your hike up Mount Omoto (525.5m), along with a ton of water (at least 2 liters per hiker, maybe three in summer) and good hiking shoes (though the locals do it in sandals, I do not endorse this.)

You might already be thinking, "Hey wait a second, 525 m? Converted to feet that's what...1,724 ft? You call that a hike?" And yes, compared to 10-hour round trip treks on Yakushima or a week lost in the Japanese Alps of Nagano Prefecture, it pales in comparison. (As Mount Omoto sulks, drops her shoulders and shuffles away in shame.)

But, a few redemptive qualities of this trek are as follows:

In all seriousness though, Mount Omoto is a pleasant hike. The climb is steep at times, and those not accustomed to climbing stairs for an hour straight, will need some breaks. Plus, you may very well have the trail almost all to yourself!

Seems like a lot of tourists who do make it all the way down to tropical paradise Ishigaki, just want to drive around in their rental cars, hopping out only to snap a photo or for pineapple from a roadside stand, maybe a cold glass of fresh-pressed sugarcane juice, and race on; soaking up the sun through the windshield. They probably just took a cheap flight on Peach Airlines from Osaka for the weekend, so their haste is somewhat justified.

That said, you too will probably need a rental car to reach the trail head.

J Muzacz worked as an English teacher with JET for two years in northern Kyoto Prefecture by the Sea of Japan. There in 2012 he published a book titled JAPAN 365: A Drawing-A-Day Project, available from Amazon. He then quit his job and cycled the length of Japan with the BEE-Bicycle for Everyone's Earth raising environmental awareness and practicing a sustainable lifestyle. He was involved in the sugarcane harvest on Ishigaki Island and is now publishing a book about it called Life Is Sweet. You can see the successful funding campaign details and contact for your copy here through Indiegogo. J is a long-time Couch Surfing Ambassador who dreams of continuing to Art & Bike his way around the world, learning new cultures and educating others about the beautiful people and places of our precious planet, using images that have the power to bridge language barriers and cultivate a universal oneness between us all. See more of his work online here. 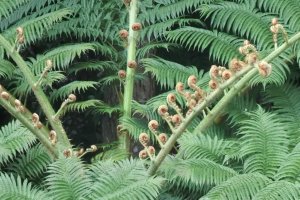 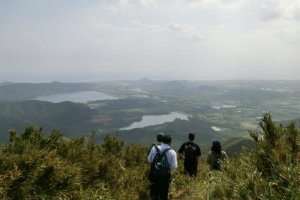 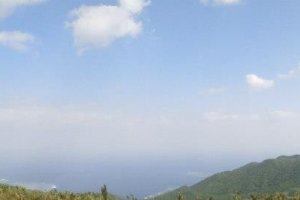 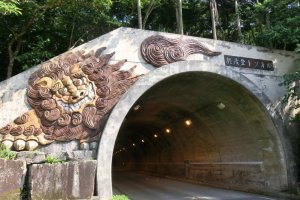 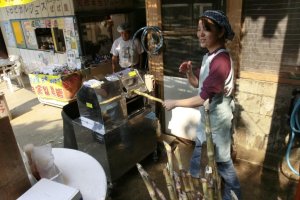 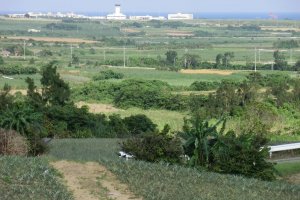