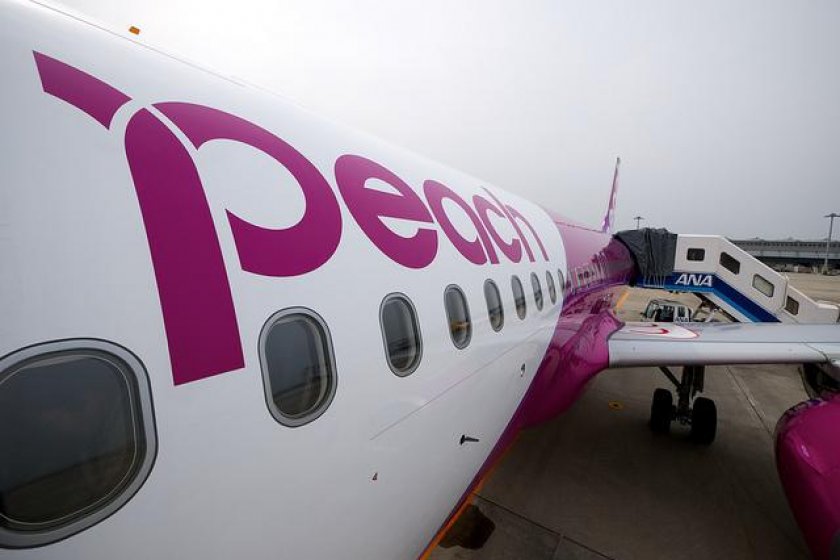 A Peach Aviation Airbus A320-200 sits on the tarmac at Kansai airport (Photo: Jun Seita)

As soon as I got off the train at Kansai International Airport, colorful signs signaled the path to Peach. I soon reached the second floor of the Aeroplaza, where purple-clad staff members smiled as they guided passengers to the similarly-colored self-check-in kiosks.

Peach Aviation is Japan's newest airline, a subsidiary of All Nippon Airways that covers popular domestic routes and a growing number of international destinations for surprisingly low fares.

Based in Osaka, Peach flies between Kansai International Airport and a number of major and secondary airports in Japan, such as New Chitose airport near Sapporo, Fukuoka, Nagasaki, Matsuyama, Kagoshima, and Okinawa. Its international flights take you to South Korea, Hong Kong and Taipei.

For travelers who place a high priority on price — and surely the vast majority do — Peach is a welcome development. I booked my round trip between Osaka and Hokkaido for about 20,000 yen just one week in advance and departing on a national holiday. Attempting to do the same via Peach's parent company ANA could cost you 40,000 yen (or more) for just one way.

Of course, you may be thinking that you get what you pay for. Sure, as a low cost carrier Peach does have its drawbacks. If you book the lowest fare, theres's a good chance you'll have to take an early morning or late evening departure, and checking bags will cost extra (a higher grade fare means no baggage fees and free changes to your flight plan online). In flight, food and beverages will cost you more as well. And at Kansai airport, be prepared for a extra layer of travel, as a 10-minute bus ride between the plane and the terminal is required.

But overall, I was satisfied with my Peach experience. The plane itself was just like any other, and while the seats are tight, they shouldn't be trouble unless you're especially large. On board, the staff are friendly, and just like their counterparts at the check-in kiosks, big smiles are the norm. Menus, safety information and on-board announcements all come in English, though admittedly some of the cabin attendants could use a brush-up in English pronunciation.

Accents aside, Peach clearly welcomes foreign customers, as a look at their well-designed English website will confirm (www.flypeach.com) . Online, you can learn about the company, browse flights and schedules, confirm airport layouts, and of course book flights. Payment can be made via credit card or at a convenience store kiosk.

Whether you're looking to get around Japan or explore nearby Asian countries on a budget, Peach may be your best bet. And with more low cost carriers planning to enter the Japan market, expect even peachier fares down the road. 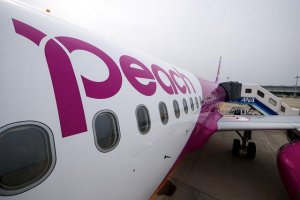 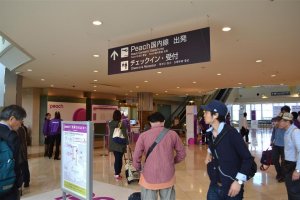 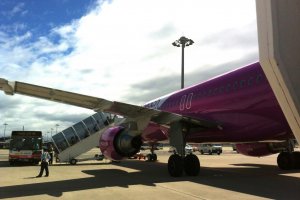 Richard Cormick 6 years ago
Great article Dan, speaking of cheap flight here is another option I found. If you are looking for cheap flights etc, there is a travel resource list here http://richculture.co/resources/. It tells you a lot about where to find good deals on Flights, Accommodation, Jobs, travel insurance and stuff like that.
Reply Show all 0 replies
1 comment in total