Sizzle without the smoke

I first stumbled across an izakaya just after 2002. It was in a dark, rabbit warren like alleyway, behind the pachinko bars and the pedestrian towel stores in Tennoji. We squeezed in past some middle-aged men who treated the place as if they owned it, pulled up a stool by the counter, and in between the wafts of cigarette smoke, chewed off freshly grilled skewers of beef or chicken, with more smoke snaking its way to the ceiling as the fat sizzled on to the charcoal embers. It was almost like some of the bar scenes in an old Akira Kurosawa movie.

It may seem nostalgic to reminisce about an old izakaya, or a working man’s pub, but one thing that I don’t miss is the cigarette smoke that stuck to my jacket for days afterwards.

Fast forward to 2015 today in Namba Parks, and it is a place that is as far from the old Tennoji alleyway as Barcelona is from Osaka. The salmon toned stonework, the curves and mosaics are almost Gaudi like, while a whisper quiet glass elevator whisks you six stories up in a few heartbeats. With a small courtyard framed by the various towers, you can see the spectrum of pink hues as the sun moved across the skies.

Morinoya advertises itself as a Sendai cuisine restaurant and sake bar, specialising in beef tongue, which is best eaten in thin slices, grilled with a salt or soy seasoning.

Set in a retail and office and district, the crowd is a mixture of suits and shoppers on a Monday afternoon. Despite its branding as a sake bar, no alcohol is to be seen. This is a mainstream, smoke free place that tries to cater for all customer segments. They have branches in Tokyo and Nagasaki, and are owned by a large company called Kineya. They also have a halal-certified soba shop in Kansai Airport called Oragasoba.

The meat here looked authentic enough with its grill marks, but there is no smoke here in this sanitized looking eatery. The beef tongue here is a bit chewy and tough, a far cry from Kobe wagyu beef, but much cheaper.

The best value here is the set menu at just over 1000 yen with a main dish, soup and rice. The main dish tastes a bit like black bean sauce at first but the more subtle and slightly sweet Japanese soy flavours come out on the second and third bites. The red peppers, zucchini and gobo or Japanese burdock roots are crunchy and fresh and the gobo is lightly seasoned. The soup is like congee, being light rather than starchy with sliced shallot adding depth and crunch, but the surprise comes out at the end with the super-soft beef tongue, much softer than the main dish. Sendai cuisine die-hards will probably avoid this place, however with its comfortable setting and service, as well as pleasant views of the curves of Namba Parks below makes it a pleasant place to relax after a few hours of sightseeing or shopping. There are no Wi-Fi or battery charging points here at the table but if you ask they may oblige. 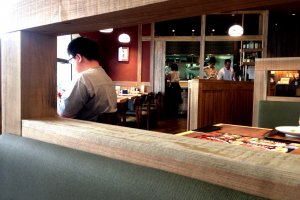 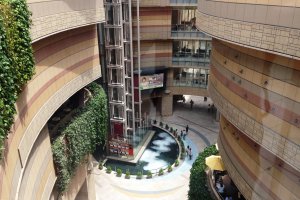 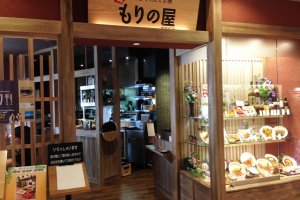 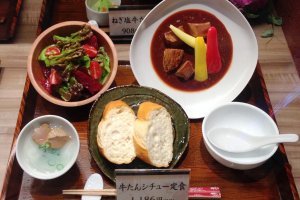 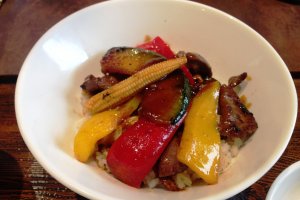 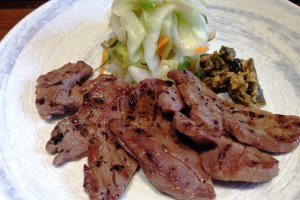 Victoria Vlisides 4 years ago
Beef tongue is amazing, and I will be going here for my next time in Osaka!
Reply Show all 1 replies

Bonson Lam Author 4 years ago
Thanks Victoria! The beef tongue in the soup was great, I hope you try the set menu.
Reply
2 comments in total