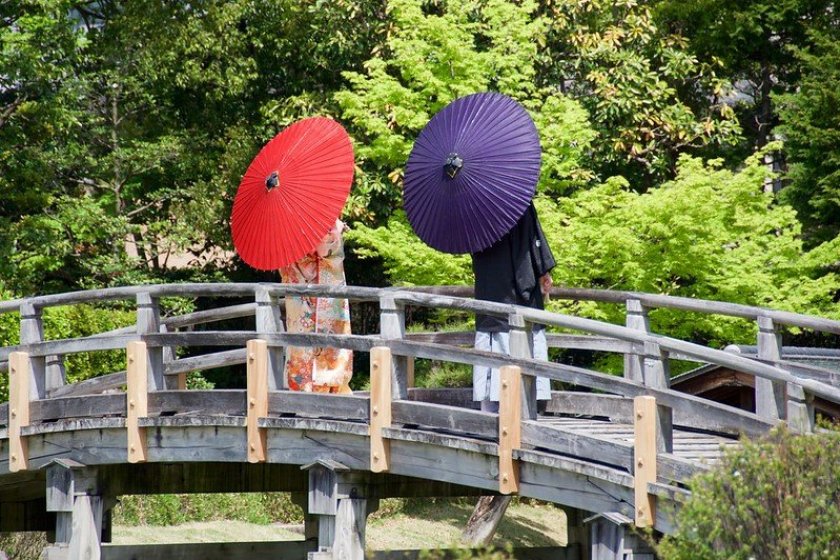 A Saitama suburb with modern and traditional treasures

Saitama Prefecture’s cities are often regarded as merely bedroom communities for workers heading to Tokyo. Over 900,000 people commute from suburban Saitama to the capital. For perspective, imagine Birmingham, England moving en masse daily. However, there is a lot to see and do in these suburbs, so I suggest going in the opposite direction. One destination largely undiscovered by tourists yet rich with modern and traditional culture is Koshigaya City.

Edo Period Koshigaya-shuku was a post town on the Nikko Kaido and Oshu Kaido thoroughfares. For a while after the cataclysmic 1657 Meireki Fire, the shogun ruled from here. Today, there are historic shrines and temples remaining from that era dotting the banks of the winding Motoara River.

Central Hisaizu Shrine houses the city’s Shinto guardian deity. This shrine, with a history that goes back to the Heian Period, was a resting spot for the shoguns. In the garden in front of the shrine are wisteria trellises designated as a prefectural natural monument.

Nearby Tengakuji, another favorite of the shoguns, is a Jodo sect temple dating from the 15th century. The shrine halls, garden, and belfry are nestled in green surroundings. Goshuin stamps are available here.

On the west side of Laketown is Koshigaya City’s oldest surviving house. The Former Nakamura Residence, dating from the 17th century, has a restored main house, a classic gate, and storehouses.

Hanata-en, a modern Japanese strolling garden, is designed in a traditional style. The wooden bridges over ponds stocked with koi, the tea house, and the Noh drama theater are a must-see on a visit to the city. If you’re lucky, you might catch newlyweds in kimono posing for photographs.

Koshigaya’s sister city, Campbelltown, Australia, shares its avian life and flora with Koshigaya city at Campbelltown Forest of Wild Birds. For homesick Australians and bird watchers from everywhere, this 3000 square meter aviary is a place to meet parrots, kookaburras, and tawny frogmouths. Visitors can view birds flying freely from platforms surrounded by gum trees, and kids are delighted by wallabies and emus.

Massive Koshigaya Laketown mall, the largest in Japan, put Koshigaya City on the map. Over 500 shops representing Japanese and international brands are housed in two main buildings, Kaze and Mori, each with three floors. Bordering the lake which gives the mall its name is yet another two-story outlet mall. Shoppers can spend the whole day here. Each of the two buildings’ food courts offers affordable dining. Aeon Laketown’s website has multilingual guides.

Around Shin-Koshigaya and Minami-Koshigaya Stations are many izakaya and dining bars. On the north side of the Musashino Line is Minami Koshigaya Golden Gai, a short but densely packed street of izakayas. On the other side of the station, satisfy your sweet tooth or pick up onigiri rice balls at Dango Kazoku.

Koshigaya’s places of interest are easily accessible by train or on foot. However, I recommend cycling around the city. The Koshigaya City Community Activity Support Center provides free electric-assist bicycles. Alternatively, call ahead to reserve a rental road bike or sports bike from the Koshigaya Tourism Association at Laketown. 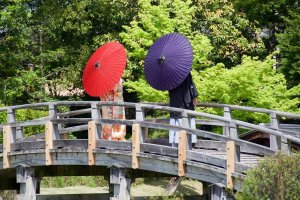 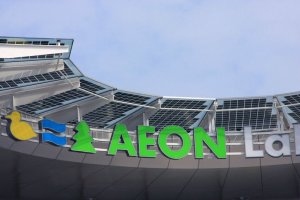 Geraldine Buergel a month ago
Sounds like Koshigaya is well worth a visit, especially the forest of wild birds sounds exciting :D
Reply Show all 0 replies

Bonson Lam a month ago
Both Koshigaya and Campbelltown are an hour by train to the financial centres of Tokyo and Sydney respectively, so that is an interesting parallel between the two cities. Campbelltown doesn't the population of Birmingham though. Another interesting parallel is the number of birds that migrate between Japan and Australia. All up there are 66 species protected by the Japan Australia Migratory Bird Agreement.
Reply Show all 5 replies

Elizabeth S Author a month ago
Campbelltown and Koshigaya sister cities are a good fit.

Another statistic - the Roman Army at its peak was 450,000 soldiers. Saitama's commuters into Tokyo is double that.
Reply

Sleiman Azizi a month ago
Where's Asterix when you need him?
Reply

Bonson Lam a month ago
It makes it mind boggling how many people are on the move! We really take our train system for granted.
Reply

Sleiman Azizi a month ago
I wish where I am the train system was worth taking for granted... Once you've ridden the Japanese system you simply cannot go back.
Reply

Bonson Lam a month ago
Yes indeed. You can tell your time by their punctuality. The only problem is my human error, many a time I jumped on the train going the opposite direction!
Reply

Sleiman Azizi a month ago
Laketown is just a massive, massive beast. We used to eat there quite regularly as we appreciated the non-smoking environment.
Reply Show all 1 replies

Elizabeth S Author a month ago
Laketown sure is a descriptive name, isn't it? Before I go, I always make a list after browsing the online floor guide. Otherwise, I'd be there forever!
Reply

Kim B a month ago
I'd never heard about the Campbelltown Forest of Wild Birds, but that's cool that the city has links to Australia!
Reply Show all 3 replies

Sleiman Azizi a month ago
I've driven past the place many times. The name caught my eye too.
Reply

Kim B a month ago
I feel like I have to visit it at some point now!
Reply

Elizabeth S Author a month ago
I'd say if you're avid bird watchers, Australians, kids, it's worth a visit.
Reply
13 comments in total
Back to Contents