Shimane prefecture is a coastal area in the west of Honshu, Japan’s main island. While not too far from the popular Hiroshima, it is a well-kept secret that is worth making a detour for. Shimane prefecture is home to Japan’s oldest shrine and the ‘hot spring of the gods’ and carries spiritual and mystical energy through many of its sights. Love and beauty play a large part in Shimane’s narrative, attracting those in search of it.

Shimane offers beautiful coastal views, waterfalls and onsen towns. There are plenty of family-friendly activities to do, such as grape picking, jam making, visiting a traditional soy sauce factory, and jewelry making. Here are some of Shimane prefecture’s must-see sights, in no particular order:

Magatama are comma-shaped beads that are often used in jewelry. Since 1000 BCE, Magatama have been used as religious and ceremonial relics. They are thought to hold spiritual powers and are one of the three imperial insignia of Japan. Izumo in Shimane prefecture is home to one of the largest ruins where Magatama were found. To get a hands-on experience of making the beads for yourself, a visit to Izumo Magatama-no-Sato Workshop. and Museum is highly recommended.

While the exact date is unknown, Izumo Taisha is believed to be Japan’s oldest shrine. It is dedicated to the god Ōkuninushi, the Shinto god of marriage and relationships. According to ancient folklore, it is the shrine where all the gods gather once a year. While visiting shrines might feel repetitive, Izumo Taisha feels ancient and mystic, and surely brings a unique experience. When Ladcadio Hearn visited the shrine in the late 1800s, he even referred to it as ‘the land of the Gods’.

Not only is it listed as one of Japan’s top 100 beaches, Inasa Beach is a sacred location connected to Izumo Taisha. Byobu rock holds a small shrine where many rituals are performed. Visitors collect water from the sea using a bamboo ladle or sand from the beach and bring it to Izumo Taisha as an offering. It is believed to bring luck in love to those who do. Regardless of its influence in one’s love life, the shrine on the rock is a beautiful, quintessentially Japanese sight.

Yushi-En is a traditional Japanese garden that offers exactly what you’d want to see during a garden stroll. It is designed beautifully with waterfalls, stone lanterns, ponds, and red bridges. However, the garden is most famous for its peonies. While the garden is best enjoyed in spring, the peonies bloom all year round. Visitors can enjoy a drink at the cafe overlooking the pond or visit the shops that sell different types of drinks related to health and beauty. In particular, the island Yushi-En is located on is famous for growing Korean Ginseng. A stroll around the garden and a cup of ginseng tea are more than enough to calm the spirit and body.

Wishing for love at Yaegaki Shrine

The Yaegaki Shrine is known for good luck in finding love and romance. At the back of the shrine lies a little pond known as the ‘mirror pond’. The pond is supposed to foretell your luck in love. You must lay a 100 yen coin on a thin piece of paper and let it float in the pond. The longer it takes to sink, the longer it will take for you to find love. If it sinks close to you, your lover will be someone close to you also.

Tamatsukuri is a very old onsen town that has been recorded in writings from more than 1300 years ago. The text recorded the onsens rejuvenation and healing properties, and has since been referred to as ‘the hot spring of the gods’. To this day, Tamastukuri onsen is famous for the benefits the water has on the skin. The water is filled with minerals that benefit the skin such as sulfate ions, and metasilicic acid. These hot springs are built on either side of the Tamayu river. While you can check into an onsen for a full soak, you may bathe your feet in the warm river footbath free of charge.

Shimane prefecture is one of Japan’s best-kept secrets. Its diverse offerings are perfect for lovers of Japanese mythology, religion, beauty, and nature, all whilst avoiding the crowds of the golden route. So if you're looking for a place to wind down, relax, and let the 'gods' work their magic, consider heading off the beaten track to the beautiful Shimane. 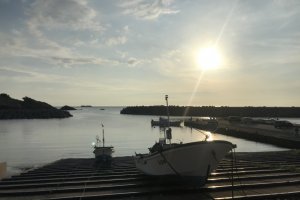 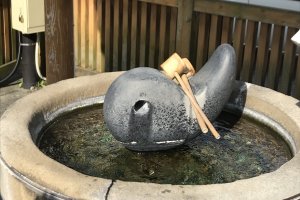 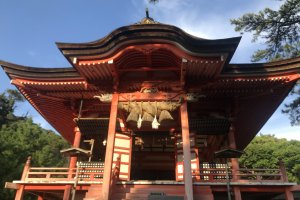 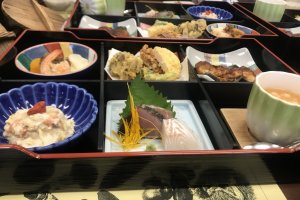 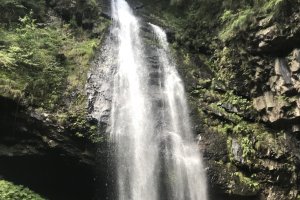 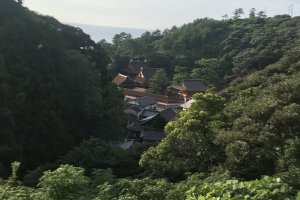 Elena Daurtseva a year ago
I had a tour around Tottori/Shimane with guide - such a great place, love it.
Reply Show all 0 replies

Geraldine Buergel 2 years ago
Wow, I love that little shrine on the rock!
Reply Show all 1 replies

Eline Teunissen Author 2 years ago
It was my first time in Shimane and I definitely need to go back to explore more!
Reply
5 comments in total