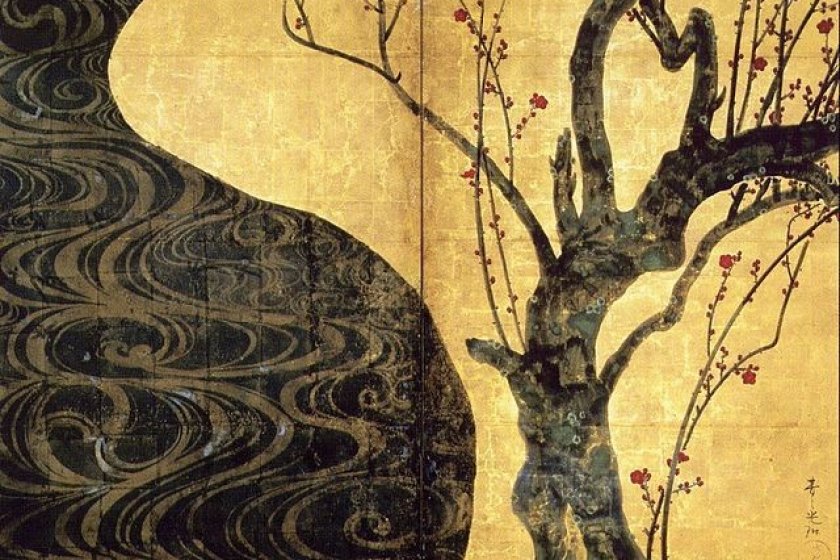 During the coldest season in Japan, the plum blossoms calmly teach us of an approaching spring. And every year, at the time of the plum blossoms, MOA Museum of Art exhibits the best painting of all of Korin Ogata’s masterpieces, “Red and White Plum Blossoms” 『紅白梅図』. We can enjoy Korin’s plum tree picture and real plum blossoms at the same time at this museum.

MOA Museum of Art, located in Atami, Shizuoka, is just a 10-minute bus ride from JR Atami Station. The collection is mainly of Japanese art, including pictures, calligraphy, pottery, and craftworks.

When you enter the building, you will be surprised at the escalators rising to the museum gate. The half-pipe shaped ceilings are colorfully lit and you will feel like you're being swallowed up into the inner space of the building. The main building is on a hilltop, commanding a spectacular sea view.

Besides the exhibition rooms, there are a traditional Noh Theater and a golden tearoom in the building. The golden tearoom is a recreation of Toyotomi Hideyoshi’s original 400 years ago.

The plum tree garden is on the hill walking down the slope from the bus stop at the museum. There are 280 plum trees of 38 different kinds here. In the middle of the garden a nice small teahouse serves green tea (500 yen).

This building was rebuilt in the museum garden, based on Korin’s original plan and the carpenter’s notebook. Korin finally resided in Kyoto in 1712 and built the house. He spent the last five years of his life at this house and painted the great work, “Red and White Plum Blossoms.”

Korin was the second son of a rich merchant family in Kyoto dealing in high-class fabrics, dyeing, and textiles for kimono. He was always surrounded by traditional designs and popular patterns. He grew up in close contact with such types of traditional Japanese beauty.

Korin was keen on drawing and copying kimono patterns from his youth, but he was never serious about it until he spent (wasted) his entire inheritance. He and his younger brother Kenzan were quite a contrast. Kenzan, who became a famous ceramic artist, loved studying and working. He was diligent in everything. On the other hand, Korin lived in luxury. He was a big spender. Korin often went to the geisha’s place to enjoy drinking sprees. In 1687 he had received a vast inheritance from his father, but all the money ran out in just five years! Even after that, he couldn’t stop his wasteful habits.

Although he thought painting pictures for money was not his way, he had to do it for a living. In 1697, he married a woman seven years younger than him, and they had three sons. Korin worked hard for them but still spent more money than he earned. He was always saddled with debt.

In around 1704, he moved to Edo (old Tokyo) and, in 1707 he was employed exclusively by the Sakai Family (a top ranking Daimyo clan). By the way, it was about 50 years later that Hoitsu Sakai (the fourth Rimpa artist in this series) was born into the Sakai family. While Korin worked for the Sakai's, he got a chance to copy Sotatsu’s (the second Rimpa artist in this series) great “Wind God and Thunder God Screen.” Korin learned much from Sotatsu’s pictures. But at the same time, he eventually came to understand his own taste and had a strong desire to open up his original world. He had finally become a true artist! In 1712 Korin moved back to Kyoto permanently and built a house (the reconstructed house is at MOA Museum of Art). “Red and White Plum Blossoms” was born when he finally settled down into who he truly wanted to be.

A twisting stream between two plum trees makes a striking impression at first glance. Korin displays various contrasting aspects of his life and life in general through this painting. What do you feel from his work?

The red plum tree contains toughness and youth inside its thick trunk. It also shows serious and direct characteristics in the straight branches. And we feel bright and lively impressions from its brilliant red flowers and bow-shaped powerful figure. The red plum is thought to be a mirror of the positive side of one’s life. It might reflect Korin’s bold younger days.

On the other hand, the white plum tree is old and thin. It has delicate and beautiful white flowers, suggesting a calm, self-possessed, and stable mind inside. This tree seems to imply his spirit as a mature artist.

The stream in the center of this picture is at first broad, then suddenly narrows. It is also dark and gently twisting. It suggests the changes in Korin’s life. But at the same time, the ripples are soft and gentle. He might be saying, “This is what life, real life, is all about.” He drew this picture in his later years.

Korin’s other works and where to see them

By the way, if you are interested in Japanese art, you might know “Wind God and Thunder God Screen” 『風神雷神図屏風』. The Gods look like they are having fun, enjoying their job (making wind, or thunder) and the golden background is brilliant and exotic. The original picture is the work of Sotatsu Tawaraya. But Korin Ogata, Hoitsu Sakai, and Soitsu Suzuki all copied it for their studies. That is why they are called the Rimpa School. 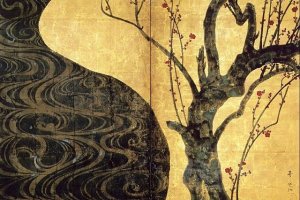 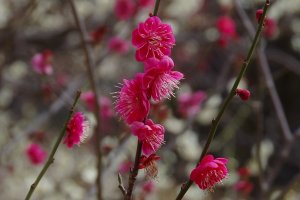 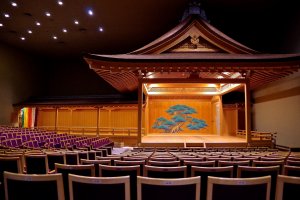 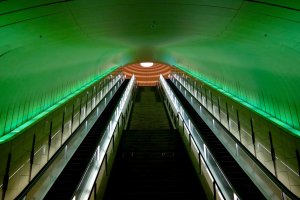 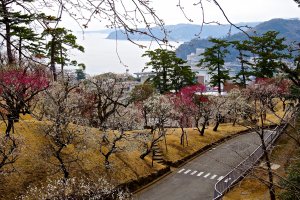 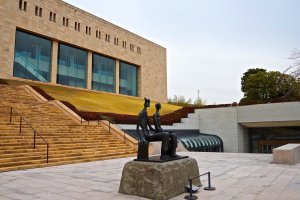 Elena Lisina 2 years ago
Sounds like wonderful museum! Thanks!
Reply Show all 0 replies

Tomoko Kamishima Author 7 years ago
Thank you, Justin. I adore the wind and thunder gods, too. When I was a kid, my grandpa taught me how wind and thunder appear, showing me this photo.
Reply Show all 0 replies

Justin Velgus 7 years ago
Very informative article! I am going to have read this a few more times to digest all the great info. I am a big fan of the thunder and wind gods, but the picture of them in my bathroom often surprises guests! It's a real conversational piece.
Reply Show all 0 replies
3 comments in total