A relaxing day out for any green tea enthusiast!

At the heart of Japan's green tea production there lies a quaint city called Shimada. It is in the Shida Green Tea Region of Shizuoka Prefecture, situated alongside the Oi River. A place rich in history and flavor!

Shimada City has a curious history, one dating from the Sengoku Era (1467-1615), as essentially a "gatekeeper" town for control of the passage of travelers across the Oi River. It is a significant crossing along the famous Tokaido (the ancient traveler's road from Tokyo to Kyoto), and during the Tokugawa shogunate (1600-1868), no bridges over the Oi River were allowed, in order to suppress the movement of potential military coups. This meant that, more often that not, people were forced to stay in Shimada, for sometimes days on end, to wait for the river waters to lower to the point of wading height.

It wasn't until 1879 that a pedestrian bridge was built to cross the Oi River from Shimada; it was made solely from wood, and stretched to a length of 897.4m! This followed the start of the Meiji Restoration period (1868) where former samurai settled in the region and started the now famous green tea plantations. Over the years, the Horai Bridge has undergone restoration, most notably the replacement of the wooden pilings with concrete ones in 1965. The bridge is so long for its type that in 1997 it was awarded the title of "longest wooden pedestrian bridge" by the Guinness Book of Records.

The length of the bridge is also particularly interesting because in Japanese, the number 897.4 can be read as ya.ku.na.shi, which is an apotropaic word meaning "no bad luck".

Well, luck is definitely on your side, as right at the head of the bridge there is the "897.4 Tea Shop & Cafe", serving the freshest of teas made from the local produce. Indulge yourself as you ponder the stories of the many folk who walked across this river centuries before you. The tea might be light in color, but it exudes umami, testament to the high quality.

As previously mentioned, this region became home to many former samurai at the start of the Meiji Restoration, and they pivoted to creating vast green tea plantations. Such plantations are still active today, after the craft was perfected over many years. You can even find them right down in the heart of the city.

At the Maruto Tea Plantation, you can witness the sheer scale and quality of production, as you're led around by one of the local farmers. If you visit during harvest season, you can also see these machines working at full steam. Different varieties of green tea are made at this plantation, including Sen-cha, Kuki-cha and Genmai-cha.

To top it all off, you can also take advantage of the "as-much-as-you-can-stuff" campaign and bag some of that delicious tea to take back home with you!

To end the afternoon, stop off at the Sasuki Tea Shop & Cafe where you can devour the most delicious green tea sweets. The Hoji-cha roasted tea ice-cream was particularly good, giving a feeling of relief from the busyness of life. Tea sweets are becoming more and more popular among the youth in Japan, so this shop is particularly good if you're looking for some quality Omiyage (gifts).

All in all, if you're looking for a lovely day out themed around green tea or Japanese history, I wholeheartedly recommend that you add Shimada City to your travel list. 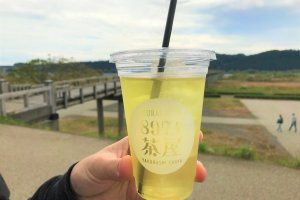 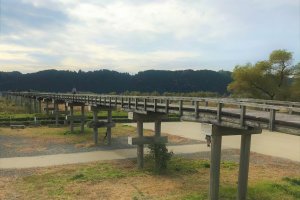 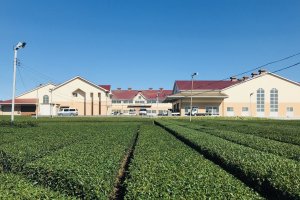 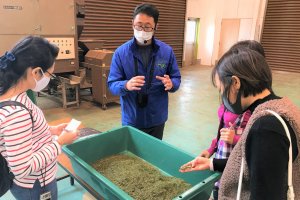 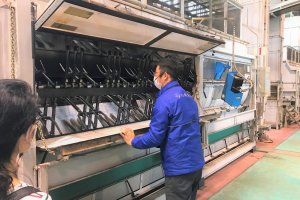 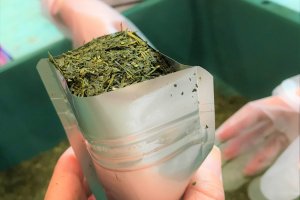 Sherilyn Siy a month ago
Oooh I'd love to try their gelato.
Reply Show all 1 replies

Samuel Richards Author a month ago
Yeah! It’s rather special! Do try when you can!
Reply

Elizabeth S 3 months ago
The word play on Yakunashi is charming. What a lovely place.
Reply Show all 1 replies

Samuel Richards Author 3 months ago
Indeed! I was so surprised when I learnt the meaning!
Reply

Kim 3 months ago
Great itinerary! I love the packaging for the products in the last photo!
Reply Show all 1 replies