The airport with the world's best view? Possibly!

Shizuoka Airport is a relatively new addition to Japan's aviation scene, having only opened in 2009. The airport provides domestic services to Sapporo, Izumo, Fukuoka, Kitakyushu, Kagoshima, and Okinawa, and international services to Korea, Taiwan, and various destinations in China.

The airport has a number of eateries, including both quick and simple food court dining as well as slower paced sit-down restaurant style. The food court options include gyoza, pasta, ramen, and soba, and the slower style restaurant (Shimizukou Kaizan) focuses on seafood dishes sourced from Suruga Bay. On a clear day you'll be able to see Mt. Fuji as you dine.

The shopping options here are quite plentiful, too. There's a dedicated Duty Free Store, along with a Matsumoto Kiyoshi drug store, a branch of Ito en (a Japanese drinks company that specializes in tea), and various other retail stores selling unique Shizuoka-based souvenirs. There are also three separate 7-11 convenience stores if you're needing a drink or snack. For those needing a bit of rest and relaxation before or after a flight, there's a massage center on the third floor.

Given the natural beauty that surrounds the airport, there are two separate observation decks where visitors can appreciate the views and watch the planes as they take off or land.

Buses are available from Shizuoka, Shimada, Kakegawa, Fujieda, Shin-Kanaya, and Kanaya Stations to the airport. Timetable information for the bus routes can be found on the airport's official website. 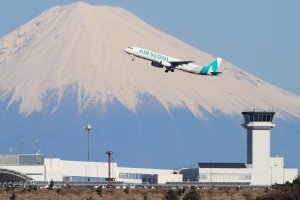 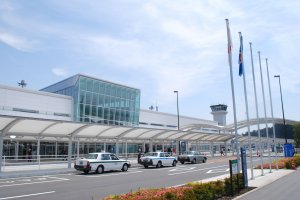 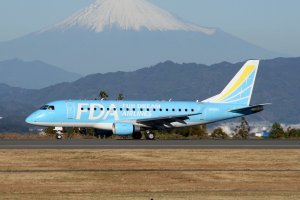 Bonson Lam 11 months ago
A little known fact of Shizuoka Airport is that it is literally above the Shinkansen line. In my conferences with Airport managers, the holy grail is to have rapid trains from the airport to the major capital cities. Imagine being able to get to an international airport in minutes from Nagoya, Yokohama, Kyoto or Tokyo, and say goodbye to lugging your luggage when changing from a bullet train to an airport train to go to Kansai, Chubu or Narita airports. Shizuoka Airport is literally sitting on top of an airport planners' gold mine!
Reply Show all 1 replies

Kim Author 11 months ago
I've read that about the Shinkansen line, but also read that right now there aren't plans on making a stop for the Shizuoka airport :( would be great if everything was streamlined between methods of transport, it'd be a dream for avid travelers!
Reply

Elizabeth S 11 months ago
Wow, what a way to see Mt. Fuji.
Reply Show all 1 replies

Kim Author 11 months ago
Initially you'd think "two observation decks at one airport seems a bit excessive", but you can understand why with those kinds of views!
Reply

Kim Author 11 months ago
The view is everything!
Reply
6 comments in total