Tagonoura Port is well-known in Fuji city for its shirasu, or fresh young whitebait/sardines. They are caught from Suruga Bay off the coast of Shizuoka prefecture, which is the leading source of shirasu for the whole of Japan. At Tagonoura Port, single boats catch their hauls of shirasu fish, meaning less damage to the catch (compared to using more boats) and enabling a quicker return to port.

At the ports and nearby restaurants, you can enjoy the freshest shirasu that can be found in Japan. Shirasu no Yahata is one such restaurant. The surrounding area is known as "Shirasu Kaido" (or 'street') – a collection of a dozen or so restaurants and businesses selling fresh, locally caught shirasu.

Here at Shirasu no Yahata, you can try shirasu-don (on rice) in one of several ways. Try raw shirasu with a variety of accompaniments, such as salmon roe, sea urchin, sakura shrimp... or even more shirasu! Kama-age, or boiled, shirasu can be served alongside raw shirasu too.

For the complete experience, you can try boiled–, raw shirasu and sakura shrimp all in one. Shirasu-don is garnished with ground ginger and chopped chives are sprinkled on top. Lunch sets are served with miso soup.

For more information about the Shirasu Kaido area, you can check out this map with locations of other restaurants and businesses selling this local favourite.

Tagonoura Port also has its own Fisheries Cooperative Restaurant, open between April and November each year, timed to coincide with the main shirasu fishing season (between mid-March and mid-January the following year). Otherwise, local outlets like Shirasu no Yahata are a great place to try this unique dish year-round. 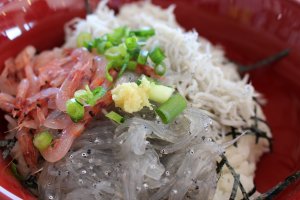 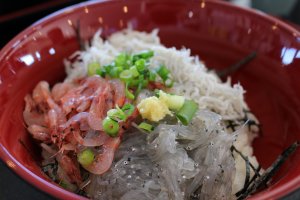 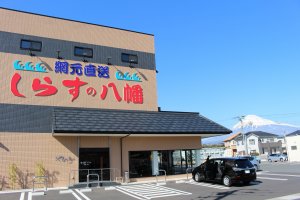 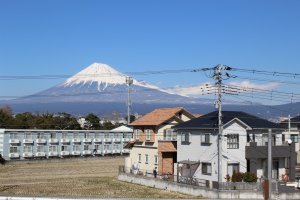 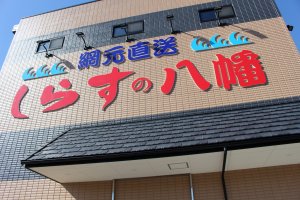 Sleiman Azizi 6 months ago
Shirasu are great. A big deal down Enoshima way too.
Reply Show all 0 replies

Novia Mardasari 6 months ago
Look so deliciuos and fresh!
Reply Show all 0 replies

Elena Lisina 2 years ago
I'd like to try, hopefully in July.
Reply Show all 0 replies
3 comments in total