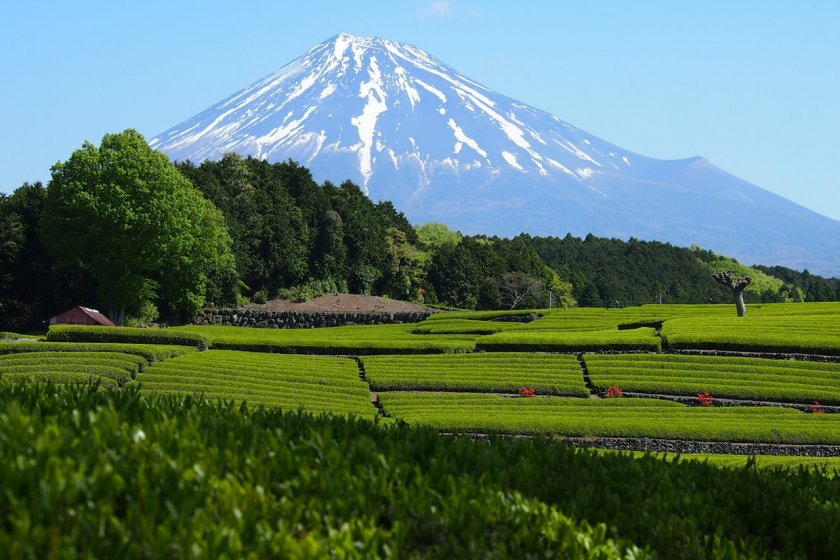 The Green Tea Fields of Shizuoka

A historic green tea cultivation region with a view

Green tea is one of Japan’s most representative products—and one of its most delicious. Green tea used to be such a prized commodity that it was used as a form of taxation in the late 1700s. One of the most prominent tea regions is Shizuoka prefecture, which has a long history of tea cultivation—thought to have begun as early as the 1200s. With hundreds of years of experience in the making, Shizuoka's tea is one of the world's finest.

Shizuoka is the largest tea-producing area in Japan, with an estimated 40% of tea being produced in the prefecture. However, quantity isn’t everything—in the World Green Tea Contest 2016, Shizuoka tea farms took home the majority of the Grand Gold and Gold prizes for Japan, indicating quality and innovation are important to the area, too. In fact, being such a large tea-producing region offers Shizuoka the advantage of having plenty of collective skilled talent to research new teas, as well improve the taste and quality of current types.

Not All Teas Are Created Equal

Shizuoka prefecture’s topography makes it ideal for tea cultivation—mostly because it’s quite varied. The area has access to rich volcanic soil, plenty of rivers with clear, fresh water, and some tea fields have a clear view of Mount Fuji—while the latter may not necessarily affect the tea’s taste, it certainly can’t hurt! What does affect the flavor, though, is the climate. Some areas in Shizuoka may get more sun, other areas may have extreme temperature differences, while still other areas are covered in a mist until late morning. All of these factors, as well as cultivation and production methods—as well as the time of harvest—give the teas a distinct flavor, not only particular to the area they were grown but also the specific farm.

Despite common assumption, there isn’t just one type of green tea—there are dozens and dozens! They all vary in cultivation method, manufacturing processes, leaf quality and size—even their preparation is different. Here is a quick guide to some of the most typical green tea types:

(Matcha, by the way, is made using tencha leaves. These are grown completely in the shade, protected from extreme temperatures and sunlight, then ground into a fine powder.)

The best way to enjoy green tea depends on the type of leaves you have. For example, Gyokuro leaves require a low temperature of 50-60 centigrade and should be steeped for two minutes. Bancha and houjicha, on the other hand, do better with boiling water and only need to be steeped for half a minute. Sencha is in the middle ground with a temperature of 70-80 degrees centigrade and a steeping time of 30 seconds to a minute. Remember, you can use green tea leaves more than ones! Simply shorten the steeping time for the second brewing.

Drink Tea – For Your Health and Wellbeing

Green tea is not only delicious but it's excellent for your health, too. In fact, when tracing green tea to its origins, it was actually used for medicinal purposes. Today, modern research has concluded that the green brew is a good source of Vitamins C and E, as well as theanine, flavonoids and other minerals. It's most touted for its catechins, however, which have an antioxidant effect – they kill harmful bacteria as well as promote good bacteria in the gut. The catechins dissolving in the tea are in part what give green tea its slightly bitter and astringent flavor. To avoid a strong bitter flavor, simply steep your favorite green tea at a lower temperature.

But what is tea without delicious food to have with, before, or after it? Yamaboushi (which is a type of dogwood tree), a recently opened restaurant and inn that's just a stone's throw from both tea and vegetable fields offers the perfect accompaniment to the local green gold. For just 2,000 yen, diners can enjoy a full lunch set with seasoned, local vegetables, grilled chicken, tempura, soba and more! The delicate flavors of stewed vegetables are complemented by the green tea's astringency, while the catechins in the tea help absorb the oils from the deep fried dishes, making them easy to digest. Guests can see the very fields their food has been grown on from the inn—even the mushrooms! Those who are especially fortunate may even spot the resident moggy hanging around. (Reservations for lunch are required.)

All in all, Shizuoka has everything—good tea, good food, and good views. What more could you ask for? 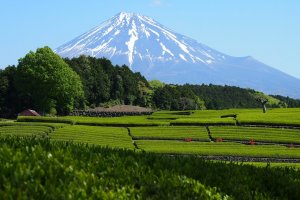 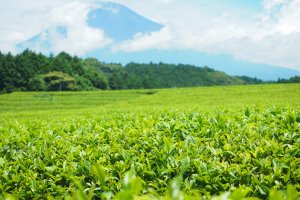 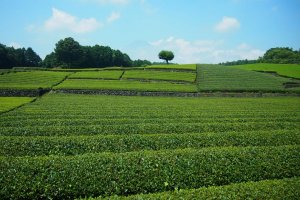 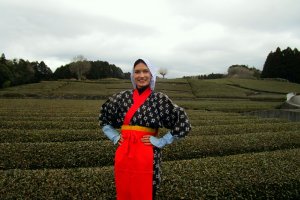 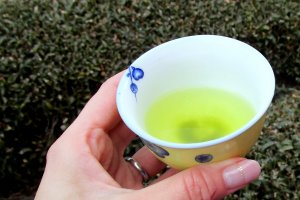 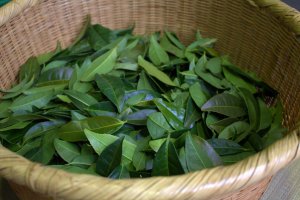 Susan Tumanon 11 months ago
Thanks for a great article!
Reply Show all 0 replies

Novia Mardasari a year ago
Refreshing to see your shoot.. i like Japanese green tea too.
Reply Show all 0 replies

Preethu 4 years ago
I have seen some tea fields while passing Shizuoka. They are so beautiful. Wanna get there once.
Reply Show all 1 replies

Lisa Wallin Author 4 years ago
They're gorgeous up close, too! Apparently, the best season is in April when they harvest the first batch. ^^
Reply

Andrew C 4 years ago
thanks for sharing.
Reply Show all 0 replies
6 comments in total