Shizuoka, an hour's escape, packed with traditional and modern sights

Shizuoka City, one of Japan's "designated cities" is only an hour away from Tokyo, making it an ideal weekend getaway or even a day trip destination. The capital of the prefecture, Shizuoka City is also Japan's fifth largest city, boasting a combination of traditional and modern sights including magnificent views of Mount Fuji on a good day, temples, cruises and shopping malls.

Here's a round-up on what can be done on a trip to Shizuoka:

Nihondaira Zoo is located 20 minutes away from Shizuoka train station. The zoo offers close-up enclosures to look at the animals, the main highlight being the Lesser Panda. They also take care of small and newly born pandas together with its family. This familial atmosphere echoes that of families visiting, one of which the zoo highly encourages. The other is to provide education about animals and conservation to children.

Besides the Lesser Panda, the zoo also houses endangered species including polar bears and giant anteaters and ensures that they are protected and adequately conserved.

Built on top of Nihondaira, a park, the vision behind the hotel is to provide a "museum of scenic beauty." Sitting on a quasi-mountain top, Nippondaira Hotel offers a stunning view of Mount Fuji and Suruga Bay on a good day from morning until night. Upon entering the hotel, large glass-panelled walls greet you with Fuji-san as the backdrop. Visitors can watch as the scenery changes, something that the hotel describes as an art. No matter what type of room you take, there will be great views regardless.

The hotel's 'The Terrace' restaurant provides all-day dining, with the eponymous terrace lounge joined by an upper lounge complete with bar. Both also offer views of Suruga Bay and Mount Fuji. Other facilities also include a garden, a terrace and a spa room.

Originally located at the top of Mount Kuno, this ancient temple was destroyed after the Meiji Restoration. But Tesshu Yamaoka rallied to rebuilt it in its present site in 1883, despite passing away before seeing the temple's completion. Some of Tessuji Temple's original treasures are kept but not displayed and its bell tower suffered damages so the current one has been restored contrasting the temple's old aesthetic. The temple also houses a statue of Yamaoka.

Shimizu Port is considered one of Japan's most beautiful harbours because a panoramic view of Mount Fuji on a sunny day as the cruise voyages around Suruga Bay. Shimizu Port Bay Cruises offers different journeys ranging from 15 minutes up until 45 minutes. Eating and drinking is allowed on aboard and some drinks are very interesting to try including Melon Bread cider and Unagi cola. There are also bentos for sale depending on the package chosen.

An important historical meeting of Yamaoka Tesshu and Takamori Saigo was held in Shizuoka that marked the transition from the Edo period to the Meiji restoration. The monument is made to remember this. Located in the middle of downtown Shizuoka and a 7 minute walk from Shizuoka station, it is a good stop to witness a dose of history and perhaps even what made Japan it is today.

Specializing in coffee and gelato that is heated at different temperatures ranging 0 to 200 degrees, Maruzen Tea Roastery presents itself as a Japanese tea speciality shop. The taste varies depending on the temperature. At 0 degrees, it embodies a green tea flavour while at 200 degrees, it becomes dark roast with an almost chocolaty flavour. The shop also has hand drip Japanese tea from hot and iced and again, different temperatures can be chosen. A single serving of either a tea gelato and drink set costs 850 yen while a double serving costs 1,100 yen. Take out is also available at 450 yen. Located in downtown Shizuoka, Maruzen Tea Roastery is easily accessible and topped with minimalistic interiors.

Downtown Shizuoka has a lot to offer, one of them is nestled north of Shizuoka station at the third floor of Aoi Tower, Shizuoka City Museum of Art only opened in 2010. Armed with the concept of "creating and communicating an energetic art and culture of the people and the local region," the museum's logo itself is a symbol of Shizuoka. A motif of Mount Fuji, its overlapping circles mean to represent its visitors connecting with its exhibitions and as a whole, to Shizuoka. Besides its exhibitions and galleries, the museum also has a multi-purpose room and a workshop room for educational purposes.

Take the Sanyo Tokaido Shinkansen from Tokyo or Shinagawa Station and arrive at Shizuoka Station in an hour. 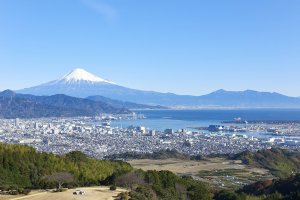 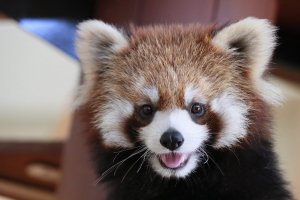 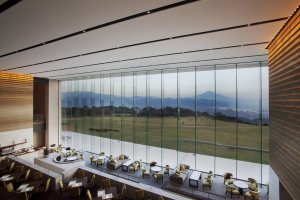 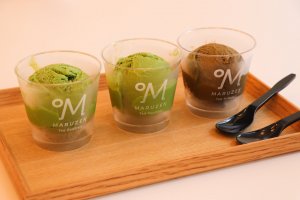 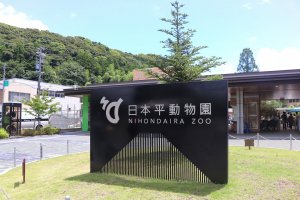 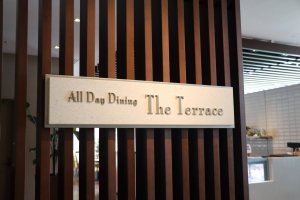 Elizabeth S 3 years ago
The more I read the more I see Shizuoka has a lot to offer. On the way back to Tokyo, I recommend stopping at one of my favorite places, Atami for the museum and onsens.
Reply Show all 0 replies

Kim 4 years ago
One of my favorite prefectures for sure - that accommodation looks gorgeous!
Reply Show all 0 replies
3 comments in total