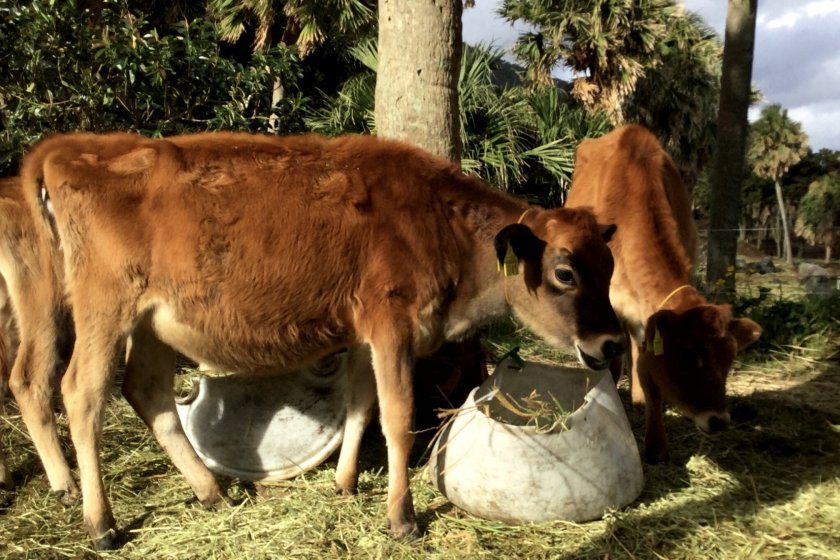 When you imagine islands of Japan, do you picture contented cows and dairies? Hachijojima, an island in the Izu Islands chain south of Tokyo, is home to a herd of cows whose limpid brown eyes will make you melt. These Jersey cows produce a rich and creamy variety of milk served at the Jersey Café, and sold in markets and restaurants all over the island. The island’s dairy is noted for producing mozzarella that won the Japan Cheese prize in 2018.

The cows, each one named and loved, graze at Fureiai Farm on the slopes of Hachijo-Fuji Mountain, the highest peak in the Izu Island chain, and the beaches below. I paid a visit to the dairy by the beach, and saw how the cows enjoy idyllic conditions, and are can browse local pasture and feed.

Japan was not a big dairy producer until recent times. In the Yayoi Period, cattle brought from mainland Asia produced a minimal amount of dairy products that were consumed by the ruling class. However, with the introduction of Buddhism, dairy products, along with meat, became prohibited.

It wasn’t until the Meiji Period when Japan dramatically changed and the government introduced dairy products as a way to improve the nutrition of the Japanese people. The emperor led the way, making milk part of his daily routine. In the 1950s, Japan imported hardy Jersey cattle. The Jersey cattle are a good choice since they tolerate heat well, and Hachijojima Island has a sub-tropical climate in which they thrive.

At the Jersey Café, visitors to Hachijojima can savor fresh milk, drinking yoghurt, pudding, and ice cream made from this creamy milk. When I visited, I had a cup of passion fruit pudding, with the distinctive yellow color of natural Jersey milk, that was rich and satisfying to the last spoonful. Besides Jersey milk products, the café serves quality coffee, bagel sandwiches, and cake. 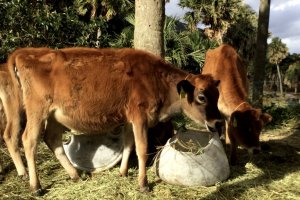 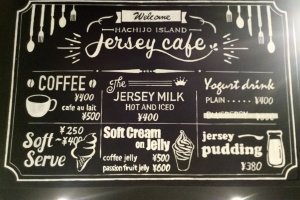 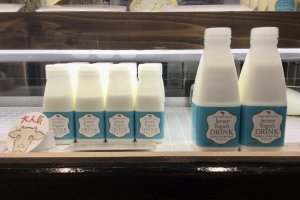 Gary Luscombe a week ago
I actually come from Guernsey, a neighbouring island to Jersey. My opinion is that Jersey herds produce the best ice cream, Guernsey herds the best milk and Sark (an even smaller island of less that 1,000 people) the best butter!

There is a farm with Guernsey cows somewhere in Kyushu but the name escapes me.
Reply Show all 1 replies

Elizabeth S Author a week ago
Ah, you know your dairy!

I didn’t try Jersey Cafe’s ice cream, but the pudding and drinking yoghurt was delicious.
Reply

Kim B a week ago
What a great find! Had no idea there was such a thriving dairy industry there.
Reply Show all 2 replies

Elizabeth S Author a week ago
Domestic milk is a common menu item in school lunches.

Two farm parks I’d like to see are https://en.japantravel.com/saitama/kato-dairy-farm/44609

They look like great places to take kids.
Reply

Kim B a week ago
Yes! Both of those places look great!
Reply

Elena Lisina a week ago
In Japan I didn't see many milk products... All I remember is yogurt and ice cream!
Reply Show all 2 replies

Elizabeth S Author a week ago
At a pizza restaurant on Hachijojima, I had delicious pizza with Jersey mozzarella.

Milk and butter are expensive here, but there are some cheese producers in Hokkaido.
Reply

Elena Lisina a week ago
Ah, travelling to Hokkaido is still my dream! :) Here we have many milk products!
Reply
8 comments in total