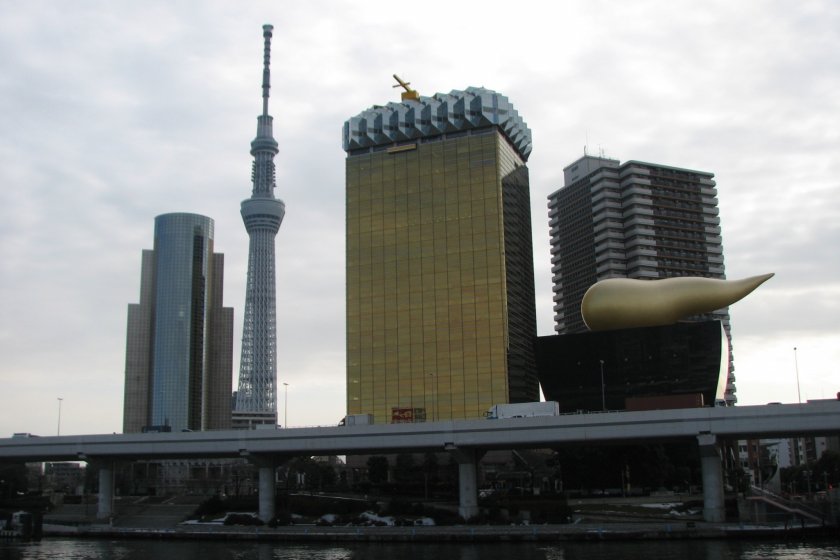 Kaiju Sites Along the Sumida River

When visiting Tokyo, there are always plenty of things to see and do in the city. One of the most pleasant activities I undertook during a visit to Tokyo was a cruise down the Sumida river to Tokyo Bay.The cruise boat was comfortable and offered great views on both sides. The water taxi station is located at Asakusa, it is next to the Azuma Bridge that is directly across the river from the Asahi Beer Hall with its gleaming "Golden Flame" sculpture along with a great view of the Tokyo Skytree.

The cruise affords views of several landmarks featured in Godzilla and Gamera movies of the past 60 years.

The cruise passes under several bridges as it heads towards Tokyo Bay. Along the way, it passed an encampment of Tokyo's homeless under an overpass. I found it interesting that, although homeless, the people at encampment were very orderly with their makeshift tents and belongings.

As the cruise boat makes its way to Tokyo bay, it passes both commercial and residential buildings of all kinds and sizes. It also afforded great views of Tokyo Tower in the distance. For those of you who are kaiju (monster) fans,Tokyo Tower was featured in several Japanese monster movies including Mothra (1961), King Kong Escapes (1967), Gamera, Guardian of the Universe(1995) and Godzilla x Mothra x Mechagodzilla: Tokyo S.O.S. (2003).

Along the way, the cruise passes the famed Tsukiji Fish Market. It also passes under the Kachidoki Bridge, the bridge that was toppled over in Godzilla (1954).

When the cruise boat enters Tokyo Bay, passengers are treated to a view of the Rainbow Bridge and Odaiba. Both the bridge and Odaiba were featured in Godzilla x Megaguirus (2000).

As the cruise boat turns to dock at the Hama Rikyu Gardens, the passengers are able to see an upriver view of the Kachidoki Bridge. The bridge is dwarfed by many commerical and apartment buildings.

I highly recommend taking a Sumida River Cruise. It is relaxing and kaiju fans can see several monster movie landmarks during the cruise. There are several Sumida River cruise boat companies to choose from. The one I took was the Hinode Pier route, but some passengers disembarked at the Hamarikyu Garden to enjoy the gardens. The Hinode Pier is five minutes beyond. 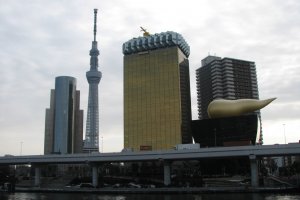 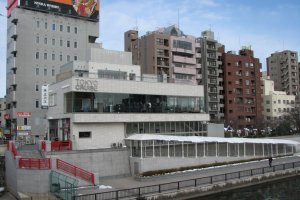 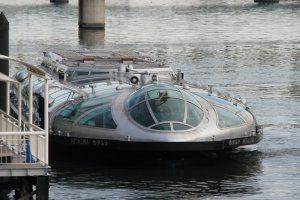 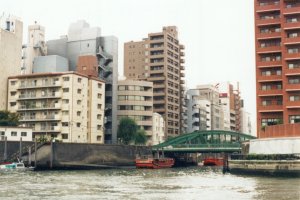 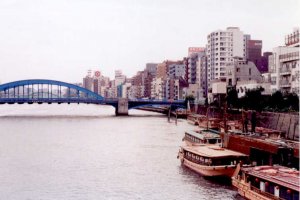 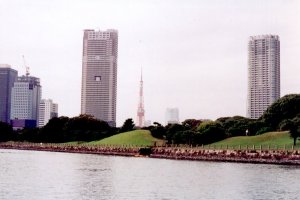