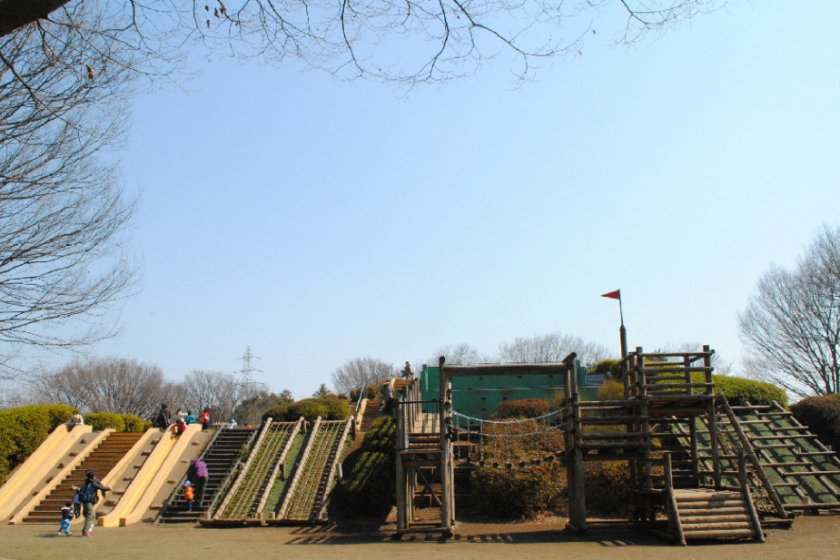 An easy escape from Tokyo in Tokyo

Flowers, playgrounds, sports, flea markets, barbecues, history - Koganei Koen has something for pretty much everyone, making it a great day out for the family overwhelmed by the hustle and bustle of Tokyo. Located an easy 25-minute train ride from Shinjuku (NB: 20-30-minute walk/5-10-minute bus ride from train stations), it's the perfect tonic to counter city living.

Koganei Koen is, according to the Tokyo Metropolitan Park Association, the second-largest park in the Tokyo metropolitan area. It is best known for its cherry trees (all 2000 of them), which turn the area in front of the on-site Edo Tokyo Open Air Architectural Museum into a wonderland of soft, white blossoms (but also a circus of picnickers) in late March/early April. For hanami (flower-viewing party), plan to get there early if you want a good spot - the area fills up fast - and bring a bento or buy supplies from either of the two shops located within the park (one by the cherry trees, the other further east, by the playground and community centre), various food-from-a-van options (kebabs, ice cream, tako yaki, mochi, crêpes, etc.) or the Sunkus convenience store at the park's museum entrance. The park holds a cherry blossom festival every year, usually around the beginning of April. If cherry blossoms are too flashy for you, visit the park a little earlier to revel in the comparably understated elegance of plum blossoms, usually on display in February. The accompanying Ume Matsuri (Plum Festival) is a great place to pick up some new chopsticks, knickknacks or try some of the wide-ranging plum products, including plum liquor, manju, and of course, ume-boshi (dried plums).

Equally appealing, and available year-round, is the park's outstanding playgrounds. For North Americans tired of the overzealous tearing down of "dangerous" playgrounds back home, Japanese playgrounds come as a welcome breath of fresh air. Koganei Koen's children's facilities include slides, swings, two small zip-lines, a log castle complete with log-and-chain bridge, an azalea-bush hill maze, artificial-turf sledding hill and giant bouncing surface. Kids can also rent bicycles (with or without training wheels, helmets available) and cruise around a paved bike path. The park's allure is apparent on weekends when everything child-friendly is swarming with youngsters. Weekends also find the occasional entertainer setting up shop in the playground area.

For those who prefer to burn off extra energy indoors, the park is home to a large community centre, run by the city of Koganei, complete with indoor pool, karate/kendo and judo dojo, ping pong, badminton, basketball, volleyball and fitness facilities, as well as fitness classes. Currently under renovation, expect the kyudo range to be up and running again in May. The facilities require a modest payment, but are open to anyone, not just Koganei residents. Note that not all facilities are always available as groups often book rooms. Calling ahead is always a good idea. Other facilities, run by the Tokyo Metropolitan Park Association, include tennis courts, a baseball diamond, gate ball surfaces, a unicycle learning/practising area, roller skating area, and a fenced dog park.

Anyone who likes a good bargain should check out the flea market held on most, but not all, weekends. Sometimes big, sometimes small, almost always heavy on clothing, the market, like most, is hit and miss, but still, you never know when something priceless, or just plain unexpected, will show up. Notable sightings include a large Patrick Roy doll (for all those ice hockey fans in Tokyo), a box full of original Gameboys, and children's trading cards galore. If you'd rather get rid of some clutter than add to it, you can apply to have your own spot by visiting the Tokyo Metropolitan Park Association's webpage.

If all that treasure hunting has stoked your appetite and given you a hankering for some fire-cooked meat, haul out your cooler and hibachi (heat source at least 30cm off the ground, please) and head over to the barbecue area, handily shaded by large trees, and next to an expansive field to keep the kids busy. If you feel you should, er, beef up your meal with some veggies, try wandering the side roads around the park - summer and early fall mean fresh and cheap vegetables at veggie stands owned by local farmers. Expect to pay 100 yen-500 yen for bags of tomatoes, cucumbers, eggplants and blueberries - you might even find some rhubarb if you're lucky. Please note that you cannot rent any equipment from the park, and, while you needn't book in advance, you do need to stop by the park's service or sports centre before setting up.

If the modern world has you down, take a little step back in time at the Edo Tokyo Open Air Architectural Museum. For a small fee, you can wander in and around buildings from various periods and places that have been re-constructed on the museum grounds. Volunteers, and even knowledgeable patrons, haunt the grounds, ready to give additional information not included in the museum's pamphlets (pamphlets in English and Japanese, some guides speak English). Events are held throughout the year, most notably a Bon Odori Festival in August where you can nosh on traditional festival food while trying your hand at some traditional Japanese dances with the yukata-clad set, the occasional matcha session, and a number of different activities over the New Year period. Kid-friendly activities abound here as well as volunteers show kids more accustomed to playing video games how to toss tops, roll wheels and walk on stilts. Nostalgic parents are free to give it a whirl, too. Also to keep in mind is the retro photo studio that sets up shop the third Saturday of each month in the museum's re-constructed Showa-era photography studio. For ¥500, you can have a professional black-and-white photo taken as a souvenir of your day at the park.

Koganei Koen has been around in one form or another since the 1940s. It has open spaces, quiet havens and bustling gathering places. It has entertained thousands upon thousands of children, parents and other merrymakers over the years. It's like a whole other world tucked into the city - zehi (by all means), come by and give it a try.

A small-town Canadian living in Tokyo, I spend my time raising my daughter and trying to find time for all the good stuff Japan has to offer. 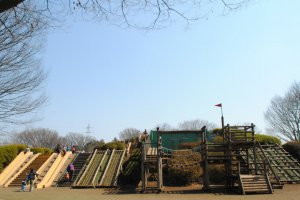 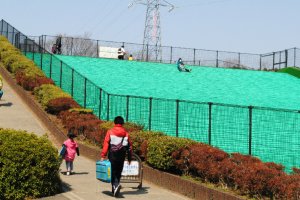 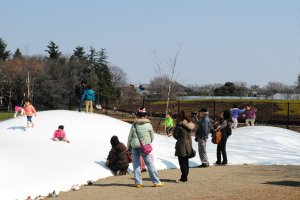 thegeneral 8 years ago
Excellent article and so informative can't wait to go there for the cherry blossoms.
Reply Show all 0 replies
2 comments in total