My Visit to Tokyo Tower

One of my favourite places in Tokyo for a pleasant walk is the Hamamatsucho district, particularly the area surrounding Tokyo Tower. With the newer and higher Tokyo Skytree tower, Tokyo Tower seems to have lost a little of its former glory. Wherever I walked around Tokyo Tower the place always seemd quiet.

During my most recent summer visit to Tokyo, I decided to visit Tokyo Tower mainly because it was opened the year that I was born. For a person it’s almost a lifetime and I wondered about the changes around Tokyo Tower over the last 60 years.

I found photos of Tokyo Tower’s surroundings from the year 1958 to compare with the views of today. Back then, it towered above the much smaller houses around it and was the symbol of a new era of technical progress with television. It's hard to imagine black & white TV with one only or two programs but that's how it was back then. It was a time when few people had TV sets and neighbours would come to watch it together. I remember those times...

The observation deck of Tokyo Tower is comparatively small, but its grand views of modern Tokyo were the best answers to my questions about what had occurred around Tokyo Tower over the last 60 years and what it had witnessed. I could spot the tall Mori Tower in Roppongi, the Rainbow Bridge of Odaiba and the mass of buildings that have risen since the opening of Tokyo Tower. Thinking over it, it was actually pretty amazing.

After spending enough time at the observation deck I found some souvenir shops in the three-storied basement below that also featured an indoor amusement park dedicated to the very popular Japanese manga, ‘One Piece’ as well as a food court. My choice that day was the curry rice. Yum. 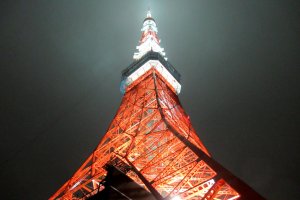 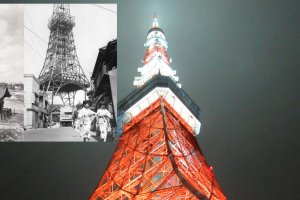 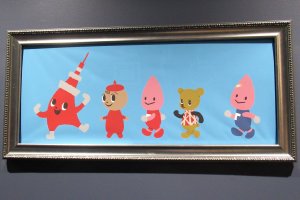 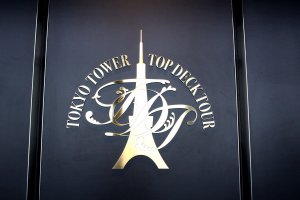 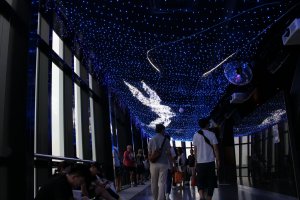 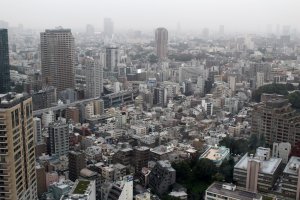 Kim 2 years ago
Those glass floors always make me a little nervous too!
Reply Show all 1 replies

Elena Lisina Author 2 years ago
I walked on it! :D
Reply
2 comments in total