Considering that only under 1% of the Japanese population are Catholic, it is no surprise that Nikolai-Do, one of the few Orthodox churches in Tokyo, has been outshone by the neon lights of nearby Akihabara.

Located on a hill next to Ochanomizu subway station in Kanda, the Holy Resurrection Cathedral is the head of the Orthodox Church in Japan. Founded by the Russian St. Nicholas of Japan, the original church witnessed the growth of Tokyo for almost two centuries, until in 1923, the Great Kanto Earthquake destroyed most of the building's structure. Six years later, Nikolai-do was rebuilt, thanks to the contributions of supporters of Catholicism, in the Byzantine style of architecture commonly used in the Roman Empire.

The entrance to Nikolai-do is supposed to be free. However, a box is located in the main gate, where visitors are expected to place a 300 yen donation before walking in. Outside the main building, a big yard with several trees and benches holds a smaller adjacent building containing sacramental candles.

The yard also counts with an informative board (however, only in Japanese) where guests can read about the building's history. No fee is required for entering the backyard so visitors can stay there until the Cathedral closes its doors, usually at around 6pm.

Nikolai-do is a short 10-minute walk from Akihabara Station. To get to the cathedral, turn right out of station, walk past the electronics quarter, cross the Kanda River and turn left at Ochanomizu Station

If you are in the mood more spiritual sightseeing, you may consider an additional stop at the Yushima Seido, a Confucian Temple which boasts the largest statue of Confucious in the world. Yushima Seido is a short, 400 meter walk from Nikolai-do, on the other side of the Kanda river, and can be visited any day of the year for free.

If you are ever walking around Akihabara and feel like visiting both houses of prayers, make sure beforehand that Nikolai-do is not closed. The opening hours vary depending on the day, and can be looked up in the Church's English webpage. 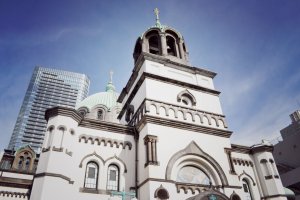 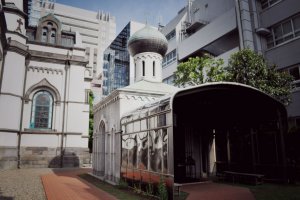 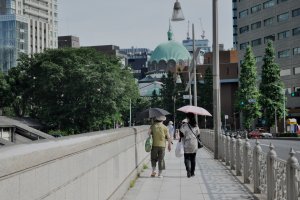 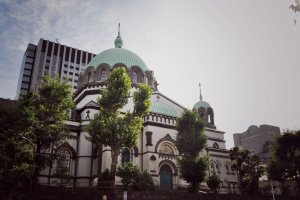 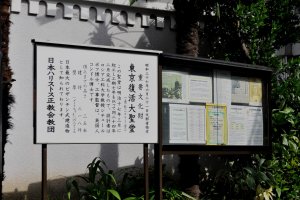 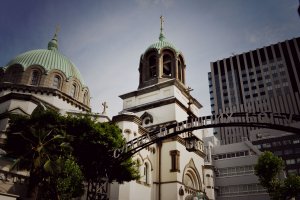