One of only two remaining tram lines in Tokyo (the other is the Toden Arakawa line), the Tokyu Setagaya Line serves a tiny 5km stretch of south-west Tokyo. Its ten-station line is a haven for local feeling and one of the true little joys of suburban discovery. Easy to get to, easy to ride and easy to enjoy, the Setagaya Line is a must for those looking for a picturesque day of feelgood sightseeing.

Starting from Sangenjaya station, whose backstreets of bar- and café-filled alleyways are framed by the station’s iconic Carrot Tower and its free 26th floor observation deck, pick yourself up an unlimited rides 1-Day Open Ticket for JPY660. From here, take the tram to Nishi Taishido, where a few minutes' walk takes you to the quirky Gallery Setagaya 233, an independent gallery and cafe for local artists to sell their creations.

The next station is Wakabayashi where you’ll find the retro-styled Cafe Steps and its great coffee. After your caffeine hit, head on to Shoinjinja-mae station and visit the station’s namesake, a Shinto shrine dedicated to Yoshida Shoin, an intellectual and political activist executed during the final years of the Edo Period.

The Buddhist temple Enkoin can be found at Setagaya, the next station, while further up is Kamimachi, home to Setagaya Ward’s famous Boro-Ichi Flea Market. Held twice in winter, the market event is over 400 years old and is an absolute must for bargain hunters and lovers of community charm. Kamimachi is also home to Setagaya Castle Ruins Park, a park built around the barest remains of a 14th century castle.

The famous Gotokuji Temple with its hundreds of maneki neko beckoning cat charms is an easy walk from Miyanosaka station. From here you can also visit Hachiman Shrine, where you can watch some amateur sumo each September. Yamashita station, being only a moment away from the Odakyu Line’s Gotokuji station, has slightly more hustle and bustle to it with its greater concentration of stores and eateries.

Matsubara with its large suburban Akamatsu Park is a good place to people-watch, as the kids practice their baseball and football. The Setagaya Line finally ends at Shimo Takaido, whose shotengai shopping street is a bustling magnet for the area and an excellent place to wander around and savour the intimate shopping atmosphere of local Tokyo.

Away from the brand name mayhem of modern tourism are little gems like the Tokyu Setagaya Line. Getting on board and casually exploring the local area may be just the ticket for you.

To find the terminals, take the Tokyu Den-en-toshi line to Sangenjaya or the Keio line to Shimotakaido.

Find out more about Sangenjaya. 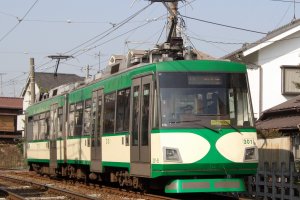 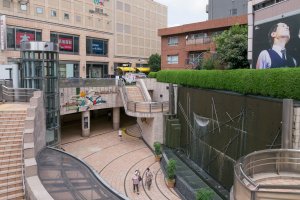 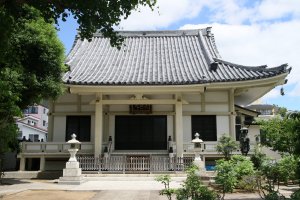 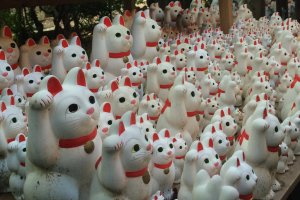 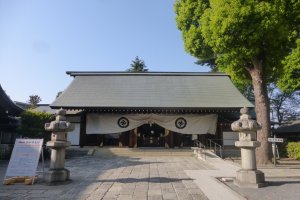 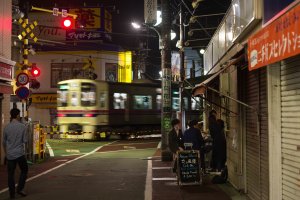 Elizabeth S 2 years ago
This line and the Toden Arakawa Line are wonderful ways to see street level life, right? The exeperience is so different from riding the subway or surface lines. A little slower, a lot more local.
Reply Show all 1 replies

Sleiman Azizi Author 2 years ago
I think it's a great way of spending your time. I used to wander about the back streets of Setagaya for hours courtesy of its tram line. It creates a different kind of memory than a visit to a brand name tourist spot.
Reply

Kim 2 years ago
I grew up in Melbourne, Australia, where trams are a big part of life in the city. They really are a great way to get around and I'm glad to see that there's still the chance to do that in Tokyo. Got to ride them in Nagasaki recently, too! :)
Reply Show all 1 replies

Sleiman Azizi Author 2 years ago
Setagaya was my first home in Japan so I have fond memories of the Tokyu Setagaya Line.
Reply
5 comments in total