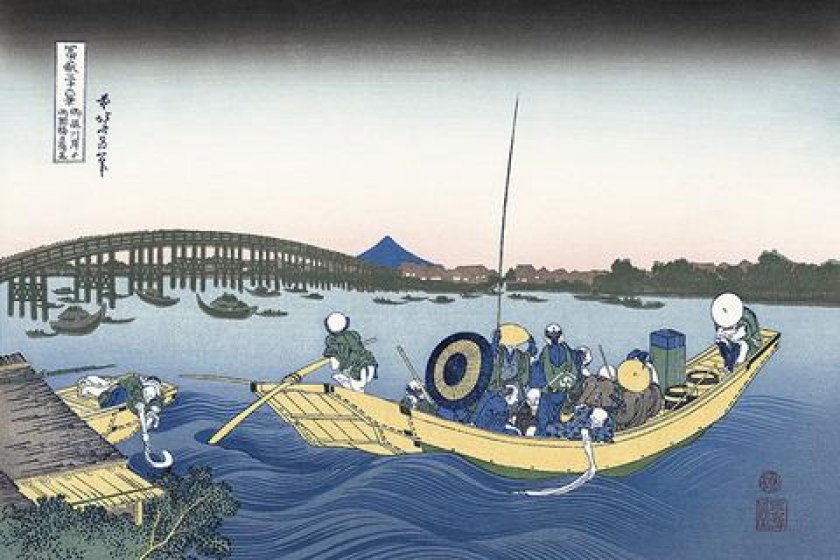 Three big rivers run through east Tokyo and eventually pour into Tokyo Bay. If you only take subways in Tokyo, you won’t realize that it has so many bridges connecting its many districts. Taking a Water Bus and experiencing Tokyo from the river is a great way to grasp how water-centric this city really is.

About 150 years ago, one Swiss man spent ten months in Japan observing Tokyo (Edo) and Yokohama very carefully. His name was Aimé Humbert. Humbert was born in the canton of Neuchatel in Switzerland in 1819. Later in life, Humbert was sent to Japan as a representative of the Swiss government to help negotiate a treaty between Switzerland and Japan. Humbert arrived at Nagasaki on April 9th 1863 and then headed to Yokohama.

While in Japan, Humbert researched and collected information on the culture of Japan and lifestyle of the Japanese people. He concentrated his efforts mainly in Yokohama and Tokyo. He especially liked the rivers. He hired Felice Beato to take pictures, and artists such as Charles Wirgman to give life to hundreds of his observations for an enormous project, “Le Japon Illustre”, which he published in Paris in 1870. It was comprised of 856 pages in two volumes, 62 chapters, and 476 photos or illustrations. The book was extremely popular and was soon translated into English and Russian—although in shorter editions.

I highly recommend that you enjoy the Sumida River route from Asakusa to Hama-rikyu Garden (near Shimbashi). It takes about 30 minutes. The dock at Hama-rikyu is actually inside the garden, and so you also need to pay the garden entrance fee when you buy your boat ticket. Coming from the hustle and bustle of Asakusa into the quiet and serene Hama-rikyu Garden is quite a refreshing experience. And you will also have a spectacular view of the new Tokyo Sky Tree tower along the way.

Cruising the Sumida River 150 years ago

When Humbert cruised the Sumida River, most of the ships were roofed pleasure boats. And boatmen rowed it with long paddles (see photo). Humbert must have enjoyed a slow, relaxing cruise. Here are two short excerpt from “Le Japon Illustre” (this writer’s translation).

“A huge number of canals connect like a web, and these waterways put life into the city. Among them, the most important one is the canal running under Nihonbashi Bridge. It goes straight through the center of the city…”

“Groups of ordinary people are quite busy on and around Eitaibashi Bridge, along the riverside and on the streets nearby. Kids are always running around and playing between them. Kids never care how much trouble they cause others.”

His observations seem to be quite accurate and insightful, despite the many restrictions placed on Humbert’s movements. His observations are compatible with the sketches we usually hear and see about that period from Japanese novels, pictures and movies.

The views from pleasure boats today are quite different from what Humbert saw in 1863. But we can still enjoy the city and people watching from a Water Bus. Why don’t you discover something new about Japan from the Sumida River? 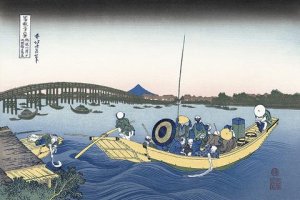 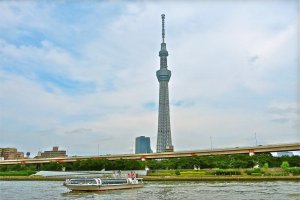 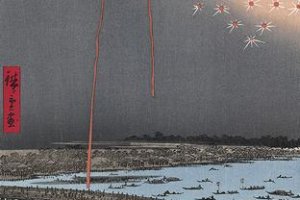 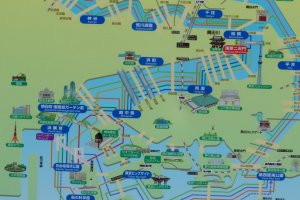 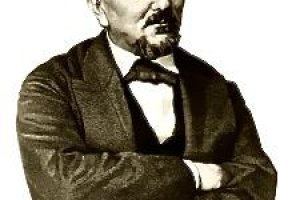 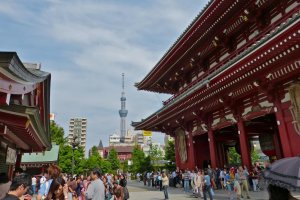