Explore a city inside a city

For me personally, Tokyo Station has really leveraged the endless movements and seemingly endless crowds that pass here. Its delicate blend of history, culture, tradition, and technology makes this busy hub seem like a stand alone city that is a destination in itself.

Just like real cities, Tokyo Station offers things for people to fulfill their diverse needs, yet at the same time, the labyrinth of rail networks and corridors full of traditional shops could make everyone lost. And similar to most cities, Tokyo Station wields a number of signature streets to attract locals and tourists alike. It’s time for you to roam around the streets inside the station-city, which is also called First Avenue Tokyo Station.

Central Street and Keiyo Street are among those that can cater the needs of all passengers, not to mention the ones from the other regions who are making a stopover at Tokyo Station. These streets feature numerous shops for your basic necessities from snacks, meals, and souvenirs, making your traveling easier if you’re at the station as a tourist. In addition, Keiyo Street adapts the concept of “Tokyo Green Style” for those who are conscious about health and well-being. From fashion and accessories, to fine eateries and confectionery stores, it’s like being in Tokyo’s very own Ginza.

While Ekinaka has many options for dining, the streets around Nihombashi Gate is the true destination for culinary treasure hunters. One of them is Kitchen Street, and the name says it all. Located on the first floor of the city, Kitchen Street is a maze full of restaurants where all kinds of dishes such as soba, yakiniku, katsu dishes, yakitori and beyond can be found. Izakaya and fancy restaurants are also the main dwellers here.

More and more options can be found throughout Kurobei Yokocho (“yokocho” means “alley”, which is well known as the small passages off Tokyo’s main streets that offer a totally different atmosphere). Unlike most yokocho with its exquisite and traditional feel, Kurobei Yokocho literally means “black-fence alley”, giving an elegant sensation with its black walls. Here you can find a selection of high-end restaurants and relaxation spots.

If you arrive at Tokyo Station during dinner time, then First Avenue is your destination because it’s where Ramen Street is. Don’t be surprised with the queues, some even well before meal time, because commuters can be hungry anytime. Eight renowned ramen restaurants will give you a difficult time in deciding which dish to pick, as they will overwhelm you with various types of noodles such as regular ramen, soy sauce ramen, miso ramen, shio ramen, even tsukemen (noodles with dipping sauce). Even when you finish it’s not over yet because everybody’s favorite part is just around the corner.

On the other side of the avenue, the lively Character Street lies with its colorful spots. It’s a haven for me, and for everybody who has a special place in their heart for anime and related stuff—with over 20 shops featuring Japanese kawaii characters are spread along the passageway. Prepare yourself to be welcomed by characters from Pokemon, Hello Kitty, Studio Ghibli, Snoopy, and collectibles products such as LEGO, Tomika and Tamagotchi. There are also stores from TV stations like NHK and TV Tokyo, all of which could make you forget about how much time you have left in Tokyo Station.

With other commercial areas, either placed inside the main building or extended to the surroundings of Tokyo Station, it’s no wonder if someday Tokyo Station City becomes Tokyo Station Metropolis or even more than that. However, with its current specialty streets stretching from one part of the city to another, I think Tokyo Station has reached the point where it deserves a spot in people’s itinerary to Tokyo.

So worry no more, citizens. If you happen to have a few hours to wait before your Shinkansen or intercity bus departs, or simply need to find an entertaining shelter from the rainstorm—just make your way to your favorite Tokyo Station City street. 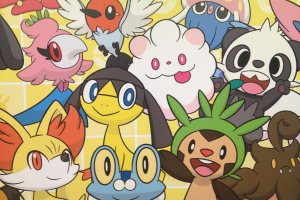 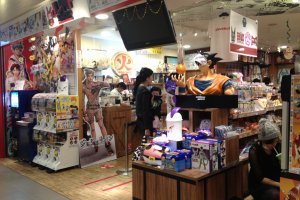 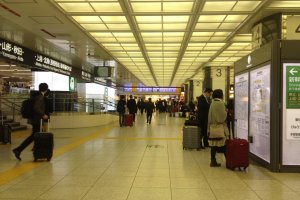 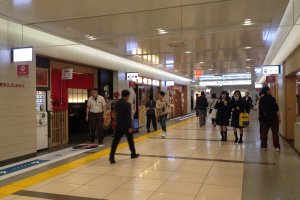 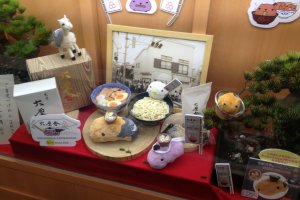 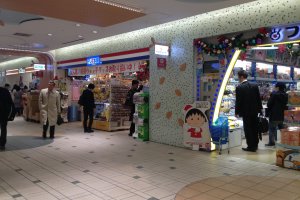