Exploring the courses through mountains and by sea

Getting up in the morning and taking the train into Himi, I was pleasantly surprised with one of the nicest days I’ve seen in Toyama. Blue, clear skies and plenty of sun. Today, we were going on a friendly cycling tour along the beautiful Amaharashi coastline. Passing by Amaharashi is always a treat, and it is considered one of the most picturesque places in Japan.

I’ve lived in Japan for three years, and the only bike that I’ve ridden is a “MamaChari”, the type of bike that is often seen in Japan carting groceries and children to and fro. When I had a chance to participate in a cycling tour starting from Himi, Toyama I knew that I was in for fun, but I hoped that I wouldn’t have to use my MamaChari. Luckily, I was given one of the nicest bikes that I had ever ridden. Much lighter than my trusty MamaChari, and obviously much faster.

Arriving in Himi, I made my way towards the starting point of the event. In our case, we were not actually completing the race as this was more of press tour, but we still got to go along the paths and see much of the area. This Toyama bay coast cycling 2016 event is actually not a race, it is more like a cycling tour to educate people about traffic rules. Armed with my new set of wheels, I set out on a 38 km route. We headed from the city of Himi, stopping at Amaharashi, Fushiki beach, and finally making our way to Shinminato’s Kaiwo Maru park.

On this leisure route, we had the chance to stop at multiple road side locations including a traditional farmhouse, several farms and beaches, snack and drink shops and more.

There are actually multiple courses available for novice and serious cyclists alike:

Each course is clearly marked and easy to follow along. There are special bike lanes throughout the courses making the rides quite safe. Racing course entry fees range from 3,000 JPY to 7,000 JPY and the number of participants ranges from 100 to 400 on the largest course with the total of 1000 participants for all 4 courses.

Along the way we ate amazing local food, talked with people intimately connected with the local area, and were treated to the breathtaking scenery that is the sea of Japan. If you find yourself there, make sure you stop by Restaurant Feliscena. It’s some of the best Italian food in Japan. It also is a great bike stop with very strong air conditioners and interesting travelers to speak with.

The great thing about Himi and Toyama is that you have a wealth of outdoor activities at your disposal. It’s entirely possible to go from the Ocean to the mountains in a few hours completely by bike. Our group included a trip to the beach, where I was able to go for a swim and enjoy the sands. Nothing could be more refreshing, in my opinion, after a long ride.

Finishing the course, there was a real sense of accomplishment in having seen a large portion of Toyama bay by bicycle. The feeling of accomplishment exhaustion left me and my body quite satisfied by the end. If you’re interested in either cycling or just exploring the outdoors of Japan, Toyama is really a dream vacation.

Tourists can find materials and cycling maps in English at any tourist center in the area and there are a number of options for renting bikes and equipment. With a high number of waypoints, cafes and rest stops along the way you are sure to have a good time. 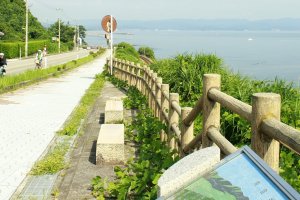 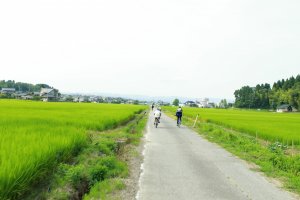 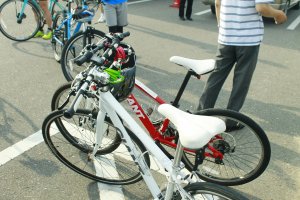 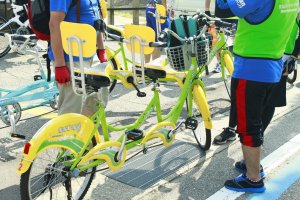 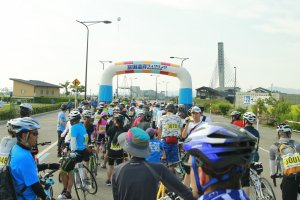 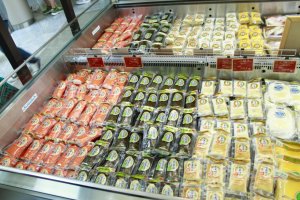 Victoria Vlisides 6 years ago
Wow! I don't know if I'm skilled enough for the long courses but the short ones look fun!
Reply Show all 0 replies

Justin Velgus 6 years ago
Great info. It seems the tourism industry there is doing great with easy to understand info for what looks like a very fun activity! I really want to check this out!
Reply Show all 0 replies
4 comments in total