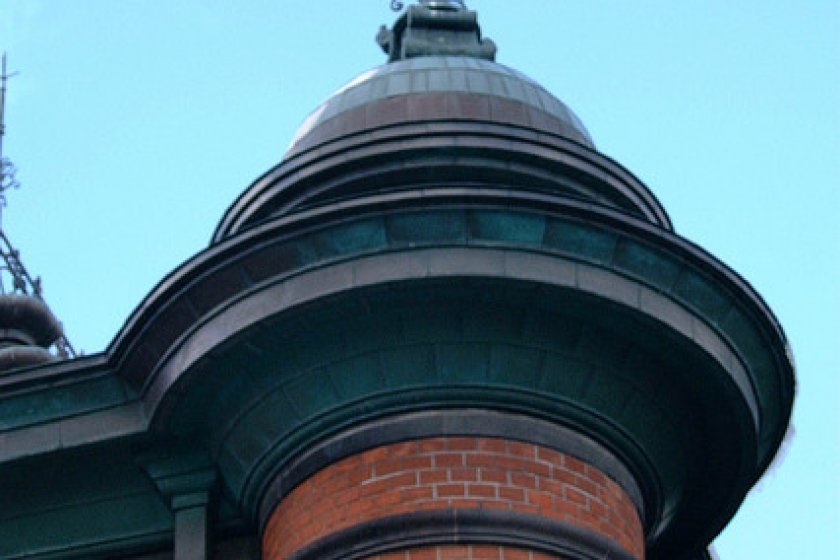 Beautiful Spire.. am i in Europe or Japan (Photo: Hideki Yoshida)

Constructed in the Meiji Period, Akarengakan is one of the most interesting buildings in Japan. It seamlessly blends the Renaissance and Baroque styles, but was designed by a Japanese architect.

It is also one of the few western-style buildings that have stood the test of time, kept in its original design since construction in the Meiji Period. Interestingly for a European style building, it was designed by Yamaguchi Naoaki from Akita. It speaks grandeur and elegance from an earlier time, and looks as solid as a bank. In fact it was the Akita Bank Office until 1969. As part of the Centennial celebrations of Akita Bank, the building was handed over to the City Council in 1981, and after four years of restoration, opened to the public as a museum in 1985.

These days you will find prints by Tokushi Katsuhira, and a room commemorating living national treasure Shiro Sekiya. On the second floor there is a permanent exhibition about the history of the Akita local folk arts and crafts. In addition, the Folklore Museum was opened here in 1992 with the aim of preserving Akita folk traditions, especially performing arts events.

The exterior was built in the Renaissance style, and the red, chocolate and white striped exterior somehow reminds me of a chocolate cream cake. The interior was built in the Baroque style. Somehow the two styles marry well, and actually when you are inside it is not obvious that it is of a different style outside. How they do this is interesting, given the placement of the windows and the height and dimensions of the room.

For the exterior,graycut stones from the nearbyOgapeninsula are used for the foundation, while white ceramic tiles were used on the first floor and red bricks for the second. Inside the Baroque design is showcased by colored floor tiles, green serpentine marble in the lower part of the walls, white marble for the stairway to the second floor, and you can still see the historic teller counters from the old bank days. While you are admiring the atrium, look up at the relief plaster ceiling, with wood carvings in various strategic locations.

Speaking of wood carvings, many people come here to view the works at the Tokushi Katsuhira Memorial. Tokushi came from a farming and papermaking family, and started carving wood dolls in the 1920s. He then transitioned to woodblock printing after taking part in a class organized by the farmers’ art movement in the late twenties. This movement was an outpouring of a similar movement in Russia after the 1917 revolution, which tried to make an artist out of every farmer. Some of the paintings bear an uncanny resemblance to the socialist utopia paintings at that time.

His prints also portray the festivals and customs in Akita, and even if you have not experienced these festivals first hand, you somehow feel nostalgic thinking about the life that he depicts, whether it is horse driven sleighs in the snow, or children playing in the harvest festival. Many of his prints are documented in places as far away as Hawaii.

The opening hours are from 9:30 am ~ 4:30 pm, except between Dec 29 and Jan 3, and also during exhibition changes. Admission is just 200 yen, with groups of over 20 getting a further 20 per cent discount. From here, it is only another five minute walk to the Kanto Festival Center. You can get a combined admission to all these museums for only 250 yen, saving you 50 yen compared to two separate tickets. I think you should visit in the afternoon an hour or two before closing, because after 4:30 pm you can walk along with the river to enjoy wonderful local gourmet and sake, such as Washoku Kanraku and Akita Dining Kamakuraya. 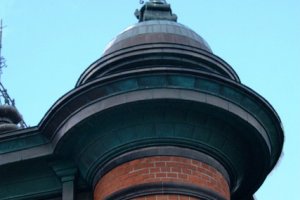 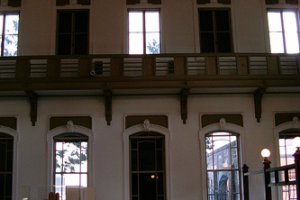 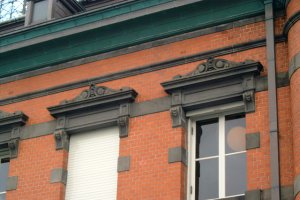