Take the back streets to discover your Japan

Why bother with travel if the only memories you make are someone else’s? That's the danger, though, when you rely too much on 'brochure tourism.' Doing more and more, all in time to do it again, may give you a schedule rush, but don’t be surprised if your memories never move beyond the brochure in which you read about them.

It’s not that being nudged along by others is meaningless but there's something to be said for owning your own experience. Fortunately, it's not all that difficult to avoid the brochure trap. And here's how. Just head down a back street. In Setagaya, for example, in Tokyo's south-west, you could take the local tram line that runs down there. You'd have all day and then some to wander around the back streets of the local suburbs. In doing so, you'd come across local shrines, cafes and absorbing moments of natural and historical discovery.

Or perhaps on the other side of Japan in Nagasaki, rather than hurrying through to see this and see that, you could instead stroll through the suburban hills and surprise yourself with temple and shrine complexes that are monuments of curiosity and exploration. A quick sojourn into an alleyway because something caught your eye and you may find yourself enjoying lunch in a back lane sushi bar imbued with decades of authenticity and proprietor toil.

Swing back to eastern Japan and you could try your luck in the streets of southern Saitama where Koshigaya, a treasure trove of local flavour and suburban idling, will surprise you with not only just how accessible and tasty Japanese food is but also how elegant and refined its sense of history can be.

Next time you are in Japan, wherever it is that you visit, coming across your own itinerary as it happens can lead to a trip that is fulfilling and satisfying. So do yourself a favour and see Japan with your own eyes. Your memories will be thankful for the attention. 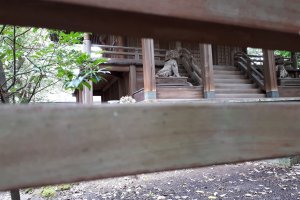 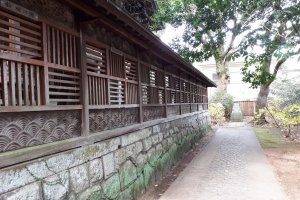 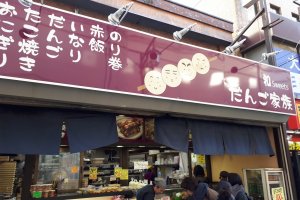 Geraldine Buergel 9 months ago
It's true that you will have a lot more personal experiences when you are not sticking too much to travel guides. They are good for inspiration, but at the end of the day it's always more fun to just wander off and explore.
Reply Show all 1 replies

Sleiman Azizi Author 9 months ago
Yes, I'm a big believer in that. Personal guides, for sure. Mass tourism guides... perhaps as an introduction. But of course, each to their own.
Reply

Elizabeth S a year ago
Tokyo is ideal for wandering. Last time I was in the city, I walked for an hour northwest of Azabu through pretty residential streets, up and down hills, discovering shopping and dining and quirky places. When I got tired I just aimed for the nearest metro station.
Reply Show all 1 replies

Sleiman Azizi Author a year ago
You can wander for hours in Tokyo. It's great and as you said, if you feel tired, supplies and sustenance are never far away.
Reply

Kim a year ago
Love what you said about coming upon your own itinerary as it happens. Sometimes the best things come when you just go with the flow rather than setting rigid, definitive plans!
Reply Show all 2 replies

Sleiman Azizi Author a year ago
I'd just like to say that if plans and schedules can create those memories, then that is fine. Obviously millions of people find that to be the case hence tours, schedules and so on.
Reply

Kim a year ago
For sure - I think oftentimes a balance of both can be helpful!
Reply

Elena Lisina a year ago
I agree, but came to simular thoughts after visiting some treasures like Nara, Hiroshima, Miyajima, Fushimi Inari, Nikko and few other "touristy" places. After that I wanted to visit Sendai not as a typical tourist. I wanted just to live some time in that city, slowly visiting historical sites and temples, aquarium and onsen.
Reply Show all 2 replies

Sleiman Azizi Author a year ago
Don't misunderstand me, the treasures are great and if you have the chance to see them, do so.
Reply

Elena Lisina a year ago
:)))
Reply
10 comments in total