Fly Direct From Perth to Tokyo

All Nippon Airways (ANA) has announced direct services from Perth to Tokyo Narita, in time for the Rugby World Cup in Japan in September 2019.

This is great news for Western Australia. Direct flights between these two cities last flew in 2011, with Qantas flying three times weekly on the 229 seat (25 Business, 204 Economy) Boeing 767-300ER.

From 1 September 2019, All Nippon Airways will be operating daily flights on the 184 seat (32 Business, 14 Premium Economy, 138 Economy) Boeing 787-800 Dreamliner, departing Perth as NH881 at 21:45 arriving at Tokyo Narita Airport at 8:25 the following morning. This offers seamless connections at Narita to Chicago and Washington DC, giving Australian and American travellers the shortest travel times on All Nippon services.

The NH882 flights from Tokyo Narita to Perth depart at 11:10 and arrive in Perth the same day at 20:15. This offers seamless connections at Perth to Johannesburg for the 23:45 flight on South African Airlines.

This is ANA’s second direct service to Australia, with this day time flight from Tokyo Narita to Perth complementing the existing night time service from Tokyo Haneda to Sydney.

Frequent flyer members of any Star Alliance airline can earn miles and status credits on eligible fares with ANA. For example, Krisflyer members can earn 50% of mileage flown on S, T, W and V class fares, including the lowest basic economy fares which are currently sold as S class. On the other hand, a "Flex Plus" Premium Economy fare (in G Class) attracts an 100% earn rate, or 4,919 miles. Both basic and flexible fare passengers have an option to purchase a lounge pass for flights departing from Tokyo.

ANA is Japan's largest airline and has won the coveted Skytrax 5-star rating for six consecutive years, and you can experience Japanese hospitality and culture the minute you board the flight in Perth. Sale fares start from $861 return, for travel between 1 September and 13 December 2019. While not all dates have this low fare, a recent search for a Nov 10 departure, Nov 23 return, lists return economy fares from $870 for a 9 hour 35 minute flight. In comparison, a Scoot LCC flight for the same days cost $808 (excluding meals, extra luggage allowances, etc), and takes 36 hours and two stops.

Return Premium Economy fares are available in the $1570 mark, while Business Class is around the $3570 mark, making them very competitive compared with longer one or two stop options.

Narita Airport is 1 hour 20 minutes away from Tokyo downtown by bus, or 50 minutes from Tokyo’s Ueno station by the Skyliner express train. 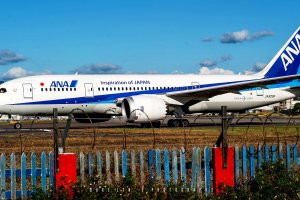 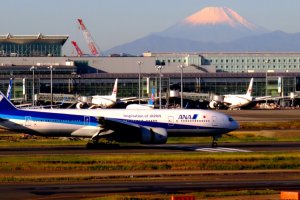 Kim 3 years ago
This is fantastic! As an Aussie myself I'll have to let my west coast based friends know about this - makes it SO much easier to get to Japan. I think it'll do great things for tourism numbers!
Reply Show all 3 replies

Bonson Lam Author 3 years ago
Yes this is amazing news, and years in the making. Few years ago it was an impossible dream, with the lack of passengers and aircraft making it hard to achieve take off. A direct flight of around 10 hours will cut up to 6 hours on an indirect flight via Cairns or Melbourne, so it may be possible to go to Japan on a long weekend, if so desired. It would be great if your west coast based friends know about this, as well as those in Japan and North America. They now know the quickest and most comfortable way to Perth. We need passengers travelling in both directions to make this a success!
Reply

Kim 3 years ago
Good point! Opens up tourism in Western Australia too, and there are so many beautiful spots in that part of the country - so often people just visit the eastern states from here in Japan since accessibility has traditionally been easier. Great news all around!
Reply

Bonson Lam Author 3 years ago
Actually, I have only been to Perth once, on an unscheduled stopover from Cape Town to Sydney. However, my Japanese friends who have been to Perth all love Western Australia, so hopefully this is a good sign to make this new route sustainable!
Reply
4 comments in total