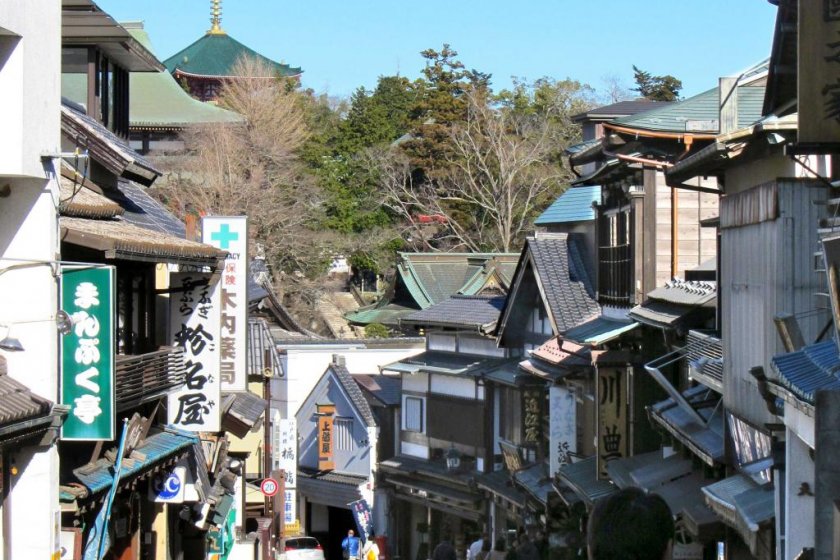 A pilgrimage for the New Year

The Japanese New Year’s traditions were a bit of a mystery when I first came to Japan several years ago; there’s no big countdown or fireworks to welcome the New Year, so what do people do? I later learned that people in this country celebrate quietly with their family, usually staying at home and eating traditional food like osechi and soba noodles, and watching variety shows on television.

However, there is a unique celebration that gets families out of their warm homes and into the cold, and that is hatsumode: the first shrine visit of the New Year. Just before midnight, Buddhist temple bells ring across Japan, and sometimes, if you arrive early enough, you can ring the bells yourself and stay to watch the first sunrise of the year.

One of the most popular temples for hatsumode is Narita-san Shinsho-ji Temple, with about three million visitors expected this year from January 1st to 3rd. Narita-san is one of Japan’s most popular destinations during New Year's Day, so naturally, one of the most crowded. But don’t let that long line to pray at the temple deter you from visiting. The road leading to the temple, Narita Omotesando, is a wonderful and historic way to spend your holiday.

Omotesando is a common word for a path leading to the temple or shrine, which is why the road to Narita-san is so aptly named. The 800-meter long Narita Omotesando harkens back to the days of Edo when people from Tokyo would walk sixty-four kilometers to Narita in order to visit the temple. To nourish the fatigued pilgrims, many unagi—grilled eel—shops were opened. Today, over 150 shops remain along the omotesando, and over sixty of them are unagi shops and restaurants. Other famous goods found on Narita Omotesando include yokan (gelled sweet bean treats), senbei (rice crackers made from Chiba rice), teppozuke (pickled uri melons stuffed with green cayenne peppers and shiso leaves), and of course sake. Handcrafted items like woven baskets and custom made chopsticks can also be found as gifts for your loved ones.

During New Year’s Day, a festival occurs along Narita Omotesando, especially at the end of the path where the gates to Narita-san stand. Along Narita Omotesando and in front of the temple, you will be able to buy traditional New Year’s food and goods. Hundreds of daruma dolls are set up in the shops. You can buy this special doll to set your New Year’s resolution. This red doll, modeled after the founder of Zen Buddhism, is bought without pupils. To set your goal for the New Year, fill in the left eye with a marker while concentrating on your resolution, but don’t add the right eye until you have met your goal. It is a great way to get motivated for the New Year!

Other Japanese New Year traditions include buying omamori, which are charms that are sold near Narita-san. There are many designs and functions for the omamori, such as achieving good grades or keeping good health. Luckily, some of the shops have the meanings translated in English for foreign visitors. But remember, the charm is only good for one year, and should be burnt at the temple the following year.

Although the Japanese New Year varies so much from what some of us are used to at home, we can still find happiness and motivation for the New Year ahead at Narita Omotesando and Narita-san Temple. 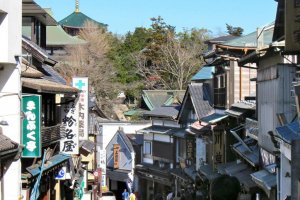 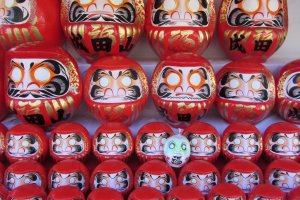 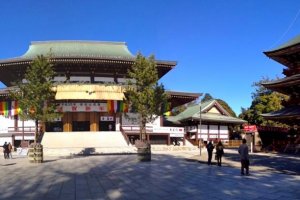 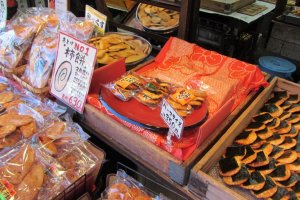 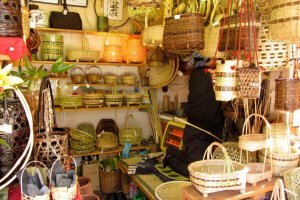 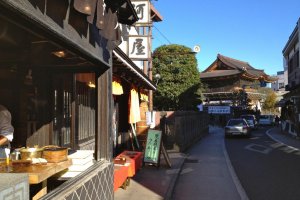 Novia Mardasari a year ago
Best grilled eel! I like it.
Reply Show all 0 replies

Jasper Wilkins 7 years ago
Beautiful temple, was here the other day.
Reply Show all 0 replies
4 comments in total