A Delectable Secret in the Mountains of Shikoku

Kenji Milton Takahashi built his bean to bar chocolate factory and cafe bar, GBC Grabbag, in a place you would least expect it, miles from the nearest city, in the densely-forested mountains of Kiriyama, Shikoku. If you can find your way to this stunning overlook just off the sinuous, tree-fringed highway you will understand why. Enjoying coffee and craft chocolate al fresco, with the scented breeze and birdsong all around, makes the most exquisite flavors taste even better.

A beautiful and rarely seen world

But there is another reason why Milton built this redoubt of cacao appreciation; he wanted to entice visitors to this beautiful and rarely seen part of Japan. The history and spirituality of these mountains is known to few, but dates back to the mid-700's, where the eighty-eight temples of the Shikoku Pilgrimage Trail were founded, in the very early days of Buddhism in Japan. Just up the highway is the nearest of these temples, Sankaku-ji.

A treasure of Japan's bygone days

And deep into this valley is where many of the Taira clan fled in 1185, after their defeat by the Minamoto in the Gempei War. Shikoku's oldest home, the Manabe House, is just down the highway from GBC; it is said that this 400 year-old thatch-roof and mud-walled home was built by descendants of the same ill-starred clan. A treasure of Japan's rustic past, it offers a rare glimpse into the rural way of life centuries ago.

Perhaps this bygone world has something to do with Milton Takahashi's love of cacao. Like other Japanese chocolate artisans, he travels the globe in search of the tastiest beans, and discovered one of his favorites on the small farm of Ambanja, in the acclaimed Sambirano cacao producing region of Madagascar. Now he works with this farm to create much of his finest small-batch chocolate.

Because GBC does predominantly single origin, 70/30 dark, you can really compare the flavor of his Madagascar bean with others, such as his excellent Vietnamese, Brazilian or Peruvian varieties. Moreover, GBC utilizes a unique "steam roasting" process to create an especially pure chocolate; even compared to the very best Tokyo craft entries, award-winning GBC easily makes the short list of must-try Japanese chocolates.

A new factory in Shikoku

Milton is also an experienced baker, and a certified arabica bean grader who makes an unforgettable cup of coffee. GBC Kiriyama is a hidden gem in a forgotten world; get there if you can! If you can't, you can still visit Milton's shop in the town of Shikokuchuo, and note: GBC will soon open a new factory in the same town, after which the GBC website will restart online sales of this delectable chocolate. Order yours soon, and see Milton's blog of his travels in Madagascar on his website. 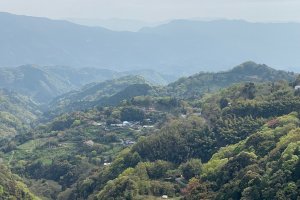 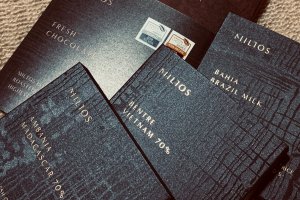 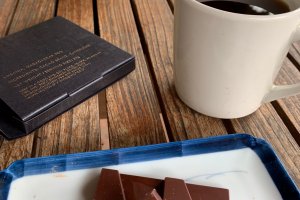 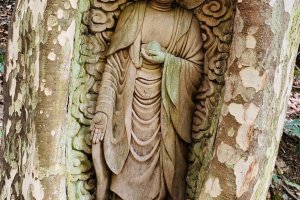 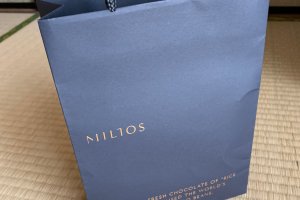 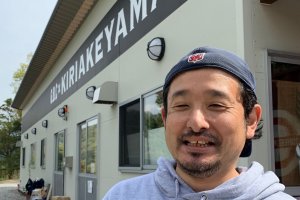 Sleiman Azizi 2 years ago
The location is what sold me. Now I just have to pay....
Reply Show all 2 replies

Scott Brause Author 2 years ago
I would roll this place into a visit to Matsuyama (Dogo Onsen), and other interesting places on this side of Shikoku. The JR line runs right through Marugame, which has one of the twelve remaining Japanese castles with an original keep. I didn't see either of the above places because I was in a rush (too bad for me, always seems to be the case) but Dogo Onsen is an absolute must-see on my list. Thanks for the comment, and thanks for your quality writing on Japan Travel!!
Reply

Sleiman Azizi 2 years ago
Thanks. This kind of non-brand name travelling makes a visit to Japan (or anywhere really) all the more personal. Really enjoyed this article.
Reply

Bonson Lam 2 years ago
The hike to this temple of gastronomy is very enticing. This would be a great place for an initiate chefs' tour.
Reply Show all 1 replies

Scott Brause Author 2 years ago
Thanks for your comment!

Elizabeth S 2 years ago
Ehime Prefecture’s winding roads, deep valleys and steep mountains are breathtaking in their beauty. Besides the 88 temple pilgrimage, this looks like another great destination.
Reply Show all 1 replies

Scott Brause Author 2 years ago
Thanks Liz. Shikoku really is an amazing and unspoiled place!
Reply

Kim 2 years ago
This sounds amazing! You already had me at chocolate, but great coffee too? My idea of heaven!
Reply Show all 2 replies

Scott Brause Author 2 years ago
Chocolate without coffee? That would be like (something) without love! Make both of them great, and you are in heaven, for sure!
Reply

Kim 2 years ago
You and I are 100% on the same page with that! I’d love to get back down to Shikoku at some point and this place will absolutely be on the list when I do!
Reply
10 comments in total