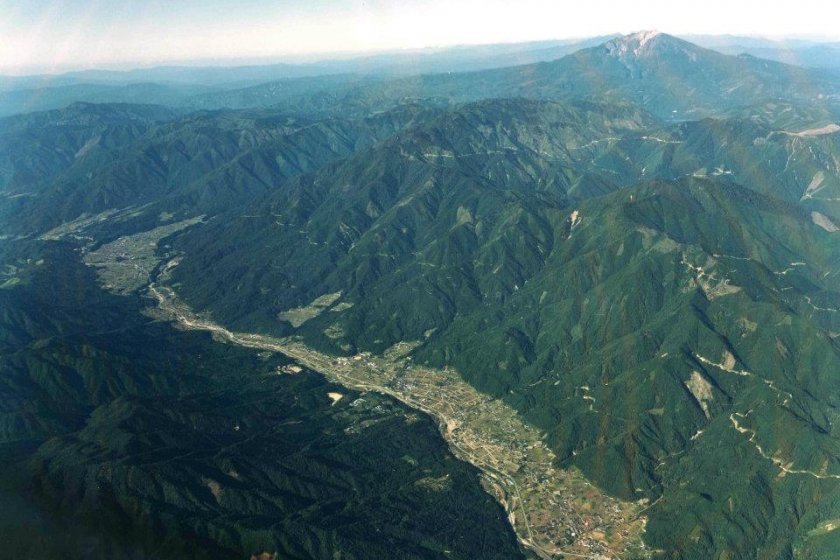 The Heart of Japan

In the center of Japan is the upside down heart-shaped former village called Kashimo. We could call it,"The heart of Japan". It is a community with an odd name but strong values, history and traditions.

I first arrived in Kashimo in 2000, a bright eyed college graduate ready to teach English and introduce the world to the children. I stood in front of my apartment and said, "I could live here forever." Thirteen years on, I am still here raising a family of three.

Most Japanese community names can be easily translated and reflect nature or their position: Kyoto - Capital City, Takayama - Tall Mountain. The story I was told is that the name "Kashimo" was the result of people saying "kawa no shimo" (below the river) to refer to what is now the central area of the community. The kanji are 加子母: Ka = join, shi = child, mo = mother. Though not a traditional name, it is unique - a sense of pride - which reflects on how the people live.

Kashimo sits at a crossroads between the Hida, Mino and Tono regions of Gifu and as a result was a place of strategic defense in the Edo Period. It was also at this time that Kashimo's hinoki became high protected. Today most of Kashimo is still forest and a large part of this is designated for the reconstruction and repair of national treasures like Ise Shrine, The Kyoto Palace, and Himeji Castle. The 40 meter tall south center support beam at Himeji came from Kashimo.

The local "Kashimo-ans" were not scared or shy about talking with me or getting me involved. In fact at the first event I attended, The Suimu Jinja Fight Festival - where I was actually a participant, I was given sake, a pat on the back and a hearty welcome. "Hey are you the new teacher?" an elder man asked. "Um Yes, I am." I responded in my best Japanese at the time. "Welcome to Kashimo, goo luck ... hey you haven't had enough sake. Drink this and get back out there!" (I walked away with a bruised elbow and a cut brow)

Needless to say, I quickly got to know many parents and community members and was invited to parties, festivals, and events. This is just Kashimo's character. No one is truly an outsider. Many of the people who live around me are not from the community but from other places who, like me, fell in love with a community and a way of life.

In most towns and cities, early in the morning, at noon and in the evening there is a siren to mark the time. In Kashimo, it is music composed by a local pianist, Yumi Hara, specifically about Kashimo. When we wake up, there is a "bong" from the bell of the temple followed by the song "Kashimo no Kokoro" - Heart of Kashimo over the loud speakers then at 5:00pm first we hear the bell from the temple and then "Kaero Kaero, Kashimo" - Return, Return to Kashimo.

We are people of the land and of art. We hike in the mountains, fish in the rivers and till the land. We carve wood, paint paintings, play music and do Kabuki. We eat tomatoes straight like apples, keichan and even bee larvae. We participate in the lives of our children and all play together. We maintain traditions like Kendo, Kyudo, Taiko and tea ceremonies. If someone from the outside shows up, we will surely welcome them to join us.

We will welcome you and hope you fall in love with our community. So Kaero, Kaero to Kashimo; the Heart of Japan. 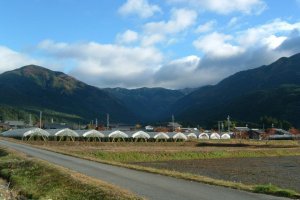 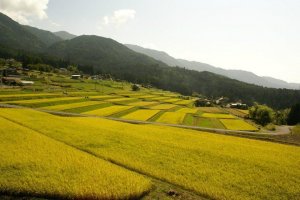 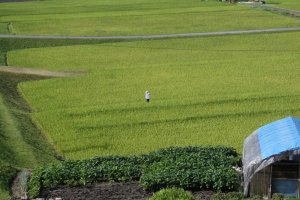 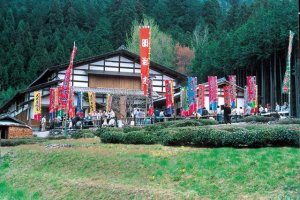 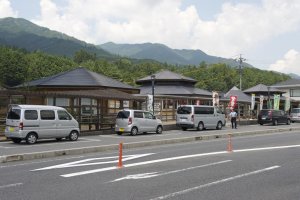