Fly Direct From Sydney to Sapporo

Your insider guide to the best way to visit Hokkaido

Founded by pioneers under the watchful eyes of the Americans, Hokkaido in many ways is Japan’s new world, taking days to travel from Tokyo by ship. With a fusion of Western and Japanese influences, its craft beer and dairy products have won fans from around the world. For followers of more traditional fare like sashimi and sushi, its proximity to both the Pacific Ocean and the Sea of Japan ensures a constant supply of the freshest crab, octopus and every kind of seafood imaginable.

These days, Australian adventurers in search of the freshest cuisine and snow powder can reach Hokkaido in less than 11 hours, courtesy of new direct services from Sydney to Sapporo from 16 December 2019 and March 2020, cutting travelling times by two hours to Japan’s winter festival capital city of Hokkaido. While the launch fares are higher than those for the inaugural services to Osaka in 2017, the flight to Sapporo is an hour longer and does not support a 24 hour turnaround service for the Airbus 330 aircraft. QF 39 flies from Sydney on Monday, Wednesday and Saturday at 0930 and arrives at Sapporo’s New Chitose Airport at 1835. QF 40 from Sapporo to Sydney are all evening departures, leaving at 2005 with a morning arrival into Sydney at 0905. The success of this flight means that it is likely to be available for the 2020/21 winter season in Japan.

Full service flights between Australia and Japan in the peak northern winter holiday season usually cost $1400 or more on Japan Airlines, Qantas or ANA, the three direct service carriers, but only Qantas is offering a direct service to Sapporo. Qantas Frequent Flyers can redeem 70,000 points plus $330.24 in taxes for a classic reward flight in economy class, however there is no or limited seats for classic rewards in the peak periods between January and early February. Instead, indirect flights via Osaka or Tokyo on Jetstar or Qantas are available for redemption. March 2020, on the other hand have reward tickets and fares from $1,100 return. Qantas also offers overnight flights from Sydney to Tokyo, allowing visitors the convenience of going to Sydney Airport straight after work in the evening and being able to ski or snowboard in Hokkaido the next day.

One of the best times to visit Northern Japan is in February and March. There is excellent snow cover, with fewer crowds after Chinese New Year and Australian school holidays. Discover another side of Japan with some of the lesser known festivals, such as the Koide International Snowball Fight, Asahikawa Winter Sculpture Festival and the Yubari Fantastic Film Festival. A Japan Rail Pass is great way to travel around Hokkaido and Honshu, and to experience the marvel that is the Japanese rail system, with Shinkansen bullet trains now available from Shin-Hakodate to Aomori and Tokyo. Remember, this is the country where engineers and town planners spend their whole life making trains run even one minute faster. And even away from the bullet train, there are high quality services and frequencies on the other trunk lines. Fancy a spontaneous day trip to Otaru, Asahikawa or Niseko from Sapporo? Well with a rail pass this is even easier and more flexible.

New Chitose Airport is connected by frequent and affordable semi express trains to Sapporo, while resort buses connect the Sydney flight with Tomamu, the closest full scale ski resort to the airport. Reservations for the resort bus can be made online or at the English speaking information desk at the domestic terminal. Visitors wishing to overnight in Sapporo should consider Hotel Emisia, located on the main line between the airport and Sapporo City. 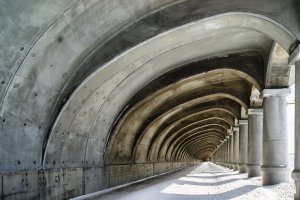 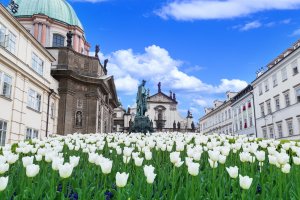 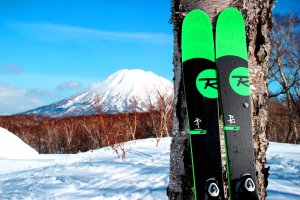 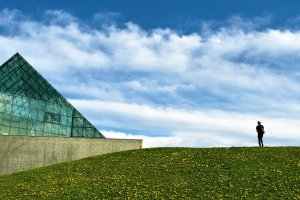 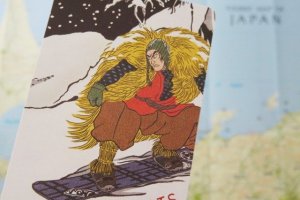 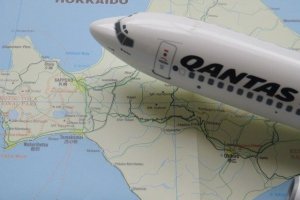 Yui Yamaguchi a year ago
Direct flight saves time as well as our energy carrying big baggage from place to place. You need a quite good amount of time to look/eat around in Hokkaido!
Reply Show all 1 replies

Bonson Lam Author a year ago
Definitely, especially if you are travelling with dependents (kids, elderly) or with lots of ski/ snowboard equipment. Less travelling time + more energy = more time to enjoy in Hokkaido.
Reply

Sleiman Azizi 2 years ago
This isn't surprising in the least. It's almost as if every third Australian I meet is heading off to Hokkaido for some snow...
Reply Show all 4 replies

Kim 2 years ago
Haha, I feel like that’s accurate data from the people I know!
Reply

Bonson Lam Author 2 years ago
I made my first contact with Hokkaido many years ago, having flown all the way from the antipodes, like some migratory Sandpiper. From the rickety rural train that had only seen snow a few months ago; I stared blankly into the countryside, the night framed by the silhouettes of the forests. The silence was punctuated by the shrill sound of the train horn, a relic from the 1950's. What could be on the train tracks? Was it a Sika Deer or a Higuma Brown Bear waking up from its hibernation in May? Whatever it was, I was hooked, and like the thousands of migratory birds from Australia before me, I return to the wilds of Hokkaido, again and again. https://en.japantravel.com/hokkaido/kitahiroshima-classe-hotel/17906
Reply

Sleiman Azizi 2 years ago
Well then, there we go....
Reply

Australia‘s Deputy Prime Minister and Minister for Infrastructure, Transport and Regional Development Michael McCormack welcomed (02-Sep-2019) the tripling of frequencies airlines can operate between Australia and Japan in an expanded air services agreement, which will “support the enduring tourism, trade and people-to-people links between our two countries”. The expanded arrangements allow for an additional two new return frequencies per day for Australian airlines and two for Japanese airlines.
Reply

Kim 2 years ago
Literally got an email from Qantas about this exciting update a couple of days ago - it's fantastic news! I know a lot of people back home who love the winter skiing and boarding scene here in Japan, and a direct flight from Sydney to Sapporo really makes things incredibly convenient!
Reply Show all 3 replies

Bonson Lam Author 2 years ago
Yes I almost fell off my chair when I heard this news, just so soon after the announcement of Perth to Tokyo flights from ANA last year. We are now really spoilt for choice, and having this convenience is fantastic. No wonder the seats for these flights are getting booked so quickly.
Reply

Kim 2 years ago
I think it really highlights the love that so many Aussies have for Japan. There's clearly a strong demand for the flights...makes me happy!
Reply

Bonson Lam Author 2 years ago
Absolutely, I just feel that the transformational power of travel, in building bridges of hope, humility and joy, is really a blessing for both Japan and Australia, one that will even get better for the next generation.
Reply
11 comments in total