Learn more about what happens in the icy Sea of Okhotsk

A visit to Monbetsu in Hokkaido during the winter months typically centers around seeing the drift ice the region is famous for. If you're planning a trip to the area, paying a visit to the Okhotsk Tower either before or after your drift ice experience makes for an interesting way to learn more about the marine life in this part of Japan.

The tower spans four floors, with the basement, or "Undersea Floor", serving as a mini aquarium. Here, you'll find a variety of marine life who manage to not just survive but thrive in the chilly Sea of Okhotsk waters. There's a touch pool where you can get up close and personal with some of the sea creatures, as well as Japan's largest underwater sea observation window. There's also the opportunity to hand-feed sturgeon - you can buy fish food at a cost of 100 yen.

Elsewhere in the tower, there's a 4D theater where you can learn more about what life is like in the Sea of Okhotsk, an area where you can hold pieces of drift ice (don't worry, they provide heavy-duty gloves so your hands won't freeze!), a gift shop, children's play area, and an observation deck on the top floor. If you head out to the terrace area on the observation deck, you can often catch a glimpse of the ice breaker ships heading out or returning from their sightseeing journeys - it's incredible how a large ship looks like a tiny speck floating on the sheets of ice.

Admission to Okhotsk Tower is 800 yen for adults, and 400 yen for elementary-aged children and up. Children below school age are admitted for free.

The Okhotsk Tower is located a short distance from the boarding area for the Garinko II Ice Breaker ship. Free shuttle services operate between the tower and the ship boarding point. 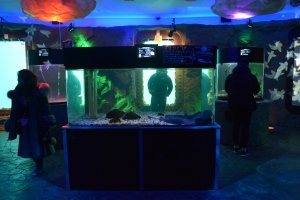 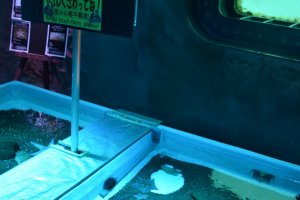 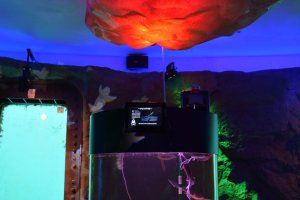 Sounds a bit too cold and too wet :-)

I've only been to nearby Abashiri, but I'd love to visit this area again and see more of it. In winter obviously. I like snow!
Reply Show all 1 replies

I loved it when I visited. Highly recommend the area...I am itching to get back there myself at some point!
Reply

Elena Lisina 5 months ago
Okhotsk is the name of Russian city. I hate snow! :D
Reply Show all 1 replies

Kim Author 5 months ago
I don't mind snow, but when it's too long it can feel oppressive!
Reply
4 comments in total