One of the most popular cruise ship ports in Japan

Kobe Port Terminal (神戸ポートターミナル) is the main cruise ship port for central Japan, located in the heart of Kobe, in Hyogo Prefecture. The Kansai region of Japan is home to some of the country's most popular tourist spots, including Osaka, Kyoto, Nara and Kobe. Kobe is today considered one of the most cosmopolitan Japanese cities. It was one of the first ports to be opened for trade back in 1868, and it has one of the most authentic western-style districts in Kitano, located to the north of the main station Sannomiya.

What to expect at Kobe Port

This English-speaking desk is ideally located by the main entrance and provides assistance to guests arriving and leaving at the Kobe Port Terminal, maps and brochures for main destinations in the Kansai region and Kobe are also available. Located at the 2F.

This desk is located at the 2F and is able to change from and into Japanese Yen (JPY).

This reliable delivery service allows to send your luggage anywhere in Japan within a minimum amount of time. Located at the 1F right after the luggage collection point.

A free Wi-FI service is available at the port.

Nearby attractions to Kobe Port Terminal

This is a list of famous spots in Kobe, which can be easily accessed on foot, public transport or short taxi ride from the port, ideal for visitors with limited time:

Known among locals as “The Long Long Street” this shopping arcade goes for approximately 1.2 km, counting over 300 stores, many of these stores have been open for over 100 years and offer the best range of goods that can be found in Kobe.

Sandwiched between the Chinatown district Nankinmachi and Kyu-kyoruchi, a foreign settlement in the 19th century, Motomachi Kobe..

A beautiful European town within Kobe’s north hillside, Kitano developed as a living space for the wealthy merchants that flocked into Kobe once the port opened in 1868, many historical homes such as the Italian House and the former residence for the Consul – General of the United States of America are on display in this very charming and romantic part of Kobe.

With over 200 Western style houses, Kitano Ijinkan serves as host to the event "Kobe Kitano Christmas Street", an illumination spot..

The area facing the Port of Kobe hosts numerous landmarks, the west area is famous for the “Kobe Harbourland”, a leisure complex with shops, cinemas and more. The est side includes the Kobe Maritime Museum and the Kawasaki World, the Kansai Earthquake memorial and the BE KOBE street art are also found here.

A Day in Kobe

A day in Kobe: Exploring one of Japan's most beautiful cities!

Kobe hills are famous for their lush vegetation and heir natural beauty, Mount Rokko is the ideal city escape at only few minutes from the center of Kobe, alongside with nature, visitors are also attracted by one of the oldest hot spring resort areas in Japan, the Arima Hot Spring is famous for the quality of its water, containing several mineral properties that are considered very healthy for the body & soul. This area can also be reached by the Kobe-Mt. Rokko ropeway.

Just less than an hour from central Osaka, Mt Rokko makes for an easy day trip away from the big bustling cities of Kobe and Osaka...

Here we outline the points of interest further afield from Kobe Port Terminal, accessible in about 1 hour by train or card.

The third largest city in Japan famous for the Namba shopping district, the picturesque Osaka castle and some of Japan top sights like the Universal Studios Japan and the Sumiyoshi Taisha Shinto Shrine. Osaka is also an ideal departure point for day trips to the former capitals of ancient Japan Nara and Kyoto, therefore it can be an ideal stopover at the beginning and the end of your cruise. Osaka can be accessed from the Kobe Port Terminal by car in approximately 30 minutes or by train from the Sannomiya Station (JR special rapid, 21 minutes) or shinkansen train (Sanyo Shinkansen, 20 minutes) from Shin-Kobe station.

Roller coaster enthusiast or not, Universal Studios Japan (USJ) in Osaka may just be the perfect getaway for you, your family,..

The Sumiyoshi Taisha Shrine is one of Japan's oldest shrines, being the most famous of all Sumiyoshi Shrines. It boasts a unique..

Kyoto is the heart of traditional Japan, where the authentic and untouched soul of this country’s long history can still be perceived by strolling in the elegant Gion Geisha District, or by visiting one of the 17 UNESCO World Heritage Sites and about 20% of Japan's National Treasures and 14% of Important Cultural Properties exist in the city proper. Kyoto can be accessed by train (JR Special Rapid, 52 minutes) from Kobe Sannomiya or shinkansen train (Sanyo Shinkansen, 30 minutes) from Shin-Kobe station, or by car (60 minutes approximately).

Gion area in Kyoto has many interesting things to delight a sightseer, like the cute old post office, rickshaws, the giant turnip,..

East of Osaka and South of Tokyo lies Nara, another of Japan ancient cities, in Nara visitors can admire the largest wooden structure in the world, the Todaiji Buddhist Temple, built to protect the Daibutsu, of the oldest and largest bronze statues of Buddha in the world. Nara is also world famous thanks to the very unique features of being home to a population of wild deers that live within the city center, these deers are considered sacred as ambassadors of a local enshrined Shinto deity. Nara can be accessed by train (JR Rapid Service, 55 minutes) from Sannomiya Station or by car (60 minutes approximately).

Todaiji Temple is Nara’s most famous temple that is easily accessed through Nara Park.

Second largest city in the Hyogo prefecture (first one is Kobe), Himeji is the easiest city to reach besides Osaka, which is located at the opposite side, the iconic “white heron” castle of Himeji is the prime example of Japanese feudal defensive architecture and can be reached on foot or public transport from the Himeji Station. Himeji can be accessed by train (JR Special Rapid, 40 minutes) from Sannomiya Station or shinkansen train (Sanyo Shinkansen, 20 minutes) from Shin-Kobe station, or by car (45 minutes approximately).

Come for the Castle, Stay for the Sake: Himeji

Himeji Castle is a both a national treasure and a UNESCO World Heritage site, and considered one of the best examples of Japanese..

How to move around Kobe Port Terminal

A free shuttle bus runs continuously from the terminal to the entrance of Nankinmachi Chinatown and Motomachi Shopping street, there is also a free shuttle bus directed to Shin-Kobe station, the Port Liner Monorail service also stops at the Port Terminal.

How to get to Sannomiya central station or Kobe airport

How to get to Itami Airport

How to get to Kansai Airport 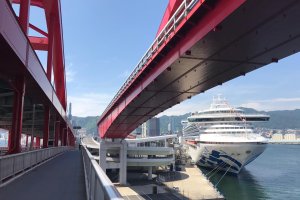 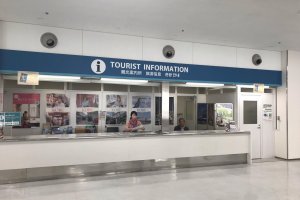 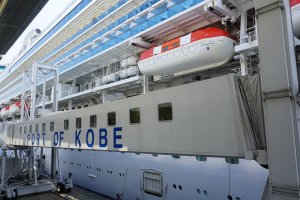 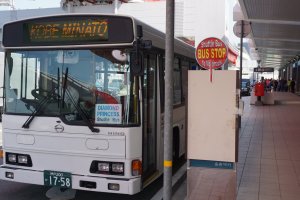 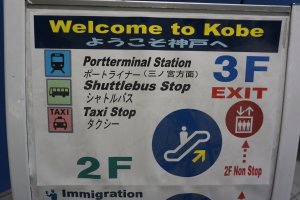 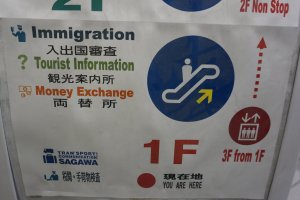 Kim 3 years ago
Kobe is one of my favorite cities in Japan - I can definitely see why it's a popular cruise ship destination!
Reply Show all 1 replies

Luca De Pasquale Author 3 years ago
Hello Kim, Yes is a very popular starting point for cruises across japan also thanks to the proximity of several popular destinations (Osaka,Nara,Kyoto,Himeji).
Reply
2 comments in total
Back to Contents