Step back in time in this Edo-period setting

Out of the way in central Tsukuba-mirai City you will find Warp Station Edo, a detailed replica of a traditional​ Edo-period town. Run by the state broadcaster NHK, Warp Station Edo is actually used for filming 17th century period dramas and films but is also open to the public. Despite its remote location, it makes a great trip for visitors looking to explore this part of Ibaraki, not to mention take a step back in time.

The facility is divided into 4 zones: the Edo Townhouse zone, Edo Castle zone and 2 'open set' zones, Inn Town and Downtown. On arrival, taking the path to your east you'll arrive at the Shitamachi or Downtown zone, with rows of Edo-period style tenement housing (the Nagaya area). Unlike the rest of the facility, these open set areas also offer a glimpse at props being assembled and general set construction work being done behind the scenes. From here, venturing north takes you to the Edo Castle zone, where you'll see fortified walls alongside an embankment and moat. There is no actual castle behind the walls (hey, it's all CGI these days), but instead a small Japanese garden allows visitors to unwind and take a break here nonetheless.

You will never find Warp Station Edo too busy or crowded, given its location, even with glorious weather or visiting during peak times. This makes it a great location to soak up the atmosphere of the Edo-period environments. You'll find many quiet, tranquil spots to relax and it makes a great location for photography – just see how many people are in these photos. With the garden pond and central moat and their Koi carp residents, you'll also find multiple spots where you can buy ¥100 feed for the fish. It would be exceptional if there were actually Edo-period residents occupying the different areas, but this would certainly break the tranquility and draw excessive crowds, not to mention be cost prohibitive.

There is no set route at Warp Station Edo and you are free to explore in your own time and leisure. Whilst you could spend a few hours here, it doesn't take long to retrace your steps or hunt down a particular area you may have missed.

Warp Station Edo is regularly used for filming 17th century period dramas and films, so you'll see a vast selection of TV and film posters in the shop area, showcasing the different works created here. Being owned by NHK, you'll likely come across a few Domo-kun souvenirs too and even a life-size Domo-kun for children to take their photo with.

Open everyday between 9am and 4pm (last entry 3:30pm), Warp Station Edo makes for a good excursion outside Tokyo. Access to certain areas can be restricted depending on what filming or set work is going on at the time, but usually you will have a good chance to see everything and seeing something being filmed is probably a bonus. Access is by taxi/car from the nearest stations: Mirai-daira (4km), Moriya (9km) (both TX Tsukuba Express) and Toride (12km) (JR Joban Line). 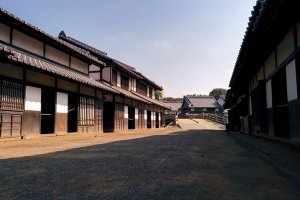 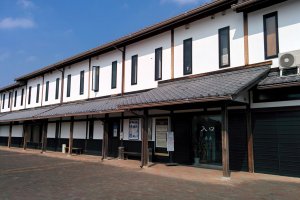 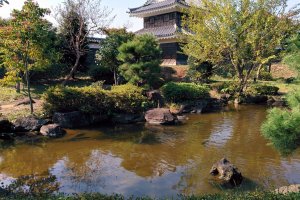 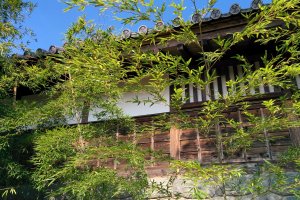 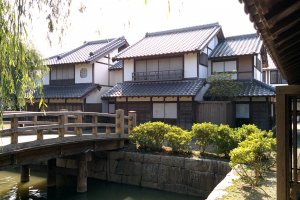 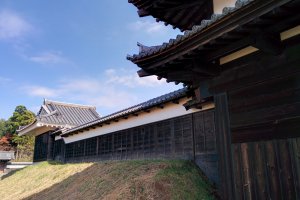 Elena Lisina 4 years ago
I can recognise the place from some doramas I've watched, like Nezumi Kozo. The place looks ghostly without people!
Reply Show all 0 replies
1 comment in total