Your gateway to Tono folklore

Tono Station is a railway station operated by the East Japan Rail Company (JR East) located in Tono City, Iwate Prefecture. Tono Station currently services the JR Kamaishi Line for Kamaishi to the east and Hanamaki to the west. Tono is famous for its folk tales and draws tourists from all over Japan who visit Tono to explore the mythical culture, picturesque temples and shrines, and surrounding villages.

The station itself is relatively small featuring three tracks, two of which are located on an island platform, the other attached to the station building. The station building is quite small but very charming with lots of decoration and beautiful pictures of the surrounding villages. Inside the station there is a kiosk, a waiting room, a seat reservations office and small exhibitions on Tono's culture. Outside the station there is a small park, complete with Tono's famous Kappa, a mythical water spirit that looks somewhere crossed between a cat and a monkey. There is also a toilet block, vending machines and smoking corner.

There is a large map located outside the station which highlights key things to do and places to see but I recommend everyone to visit the Tono Information Office which is located directly across from Tono Station. The office sells coupons offering admission to five attractions for the price of approximately three attractions. You can choose the five attractions you wish to visit from among eight choices. If you're looking to do even three of the sights, the coupons are worth buying. The office can also provide a detailed English map for those foriegn visitors.

One of the best ways to experience Tono and the surrounding villages is to rent a bicycle from the Tourist Information Office. Visitors can rent normal and electric bicycles from 500 yen for two hours and they provide a great way of soaking in the unique atmosphere of Tono. Most attractions are within five kilometers of Tono Station and are easily accessible if you have the English map.

Although Tono is a relatively small and quiet station, due to the lack of frequent trains, the station becomes quite busy prior to trains arriving. If you haven't already purchased your ongoing ticket, then I suggest allowing up to 20 minutes to do so to be on the safe side.

JR East Tono Station is your gateway to some of Japan's most famous folk tales and is the home to some of Iwate's most picturesque villages. 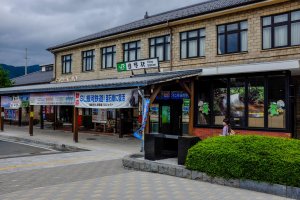 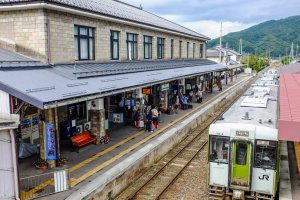 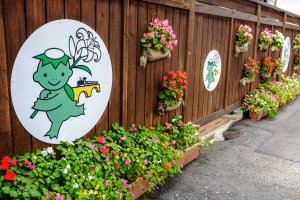 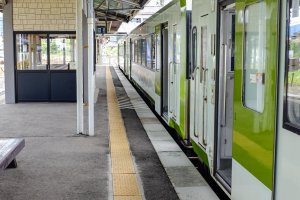 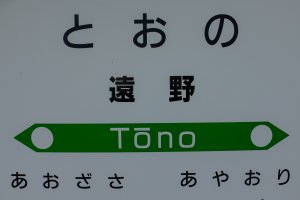 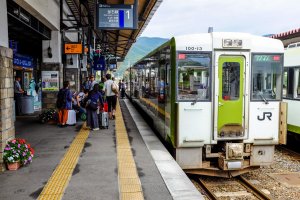