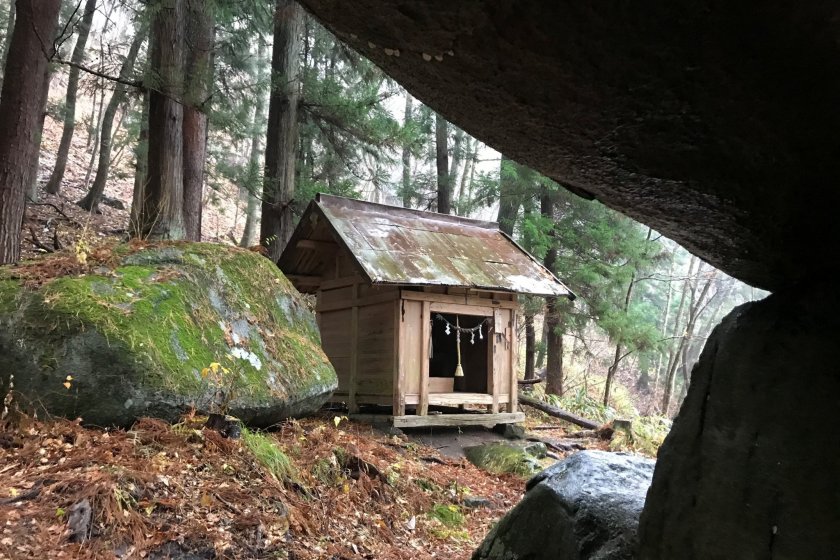 Autumn Road Trip in Iwate, the "Last Frontier of Japan"

Discovering Places in the Tono and Kamaishi areas

The Tono area abounds with mysterious places linked to the Tono Monogatari, the Legends of Tono.

The second largest prefecture of Japan after Hokkaido, with an area seven times the size of Tokyo, is considered the "Last Frontier of Japan". The Tohoku Shinkansen is passing through and stopping several times within the prefecture borders, and Hanamaki Airport is well connected to the big cities of Japan, yet not many people travel to Iwate.

That was a good reason for me to go there and check things out! With only 3 days to spare, I had to narrow down my options for where to go and what to do. I did not want to travel the well- trodden path but wanted to follow my own interests.

Famous sights versus what I really wanted to see

Lovers of the great outdoors and of active holidays might be drawn to trekking in the Hachimantai Mountains or to go sightseeing along the scenic Sanriku Coast. While both places a fantastic destinations, this was not what I had in mind this time.

First and foremost, I felt drawn to the strange tales that I had read about Tono, now a city but once upon a time an isolated and poor place in the middle of rugged mountains, a hinterland with strange folks and strange happenings. These folk tales were collected by scholar Kunio Yanagita and published in 1910 as the “Tono Monogatari”.

Secondly, I wanted to know how the communities along the coast that were washed away by the tsunami in the wake of the Great Tohoku Earthquake in March 2011 were doing. I picked Kamaishi to pay a visit too because it was not too far away from Tono.

There was my travel plan: first get to Hanamaki by airplane from Osaka’s Itami Airport, then rent a car for 3 days and continue my trip on the Expressway. The journey from Hanamaki to Tono by car takes about 50 min and the journey from Tono to Kamaishi takes about 40min.

Once the long distances were covered, I wanted to take it slow and drive country lanes, visit places and meet people.

In order to get an overview of the history and culture of this area first, I decided that the best places to visit were the Tono Historical Museum and the Tono Furusato Village, an open air museum of traditional magariya houses.

These two are public places where you can go to without prior appointment, just pay an entrance fee and then enjoy the explanations of a guide or walk through by yourself. I loved both places for the richness of exhibits of fascinating exhibits and detailed explanations in English.

At the Tono Historical Museum we received detailed explanations about history of Tono and the world that is described in the "Tono Monogatari". We understood that the region of Tono was traditionally divided into three spaces:

- the city, or the Castle Town of Tono, its markets, festivals and life of city dwellers;

- the villages and life in the magariya houses, the farmers’ work and life, their religious beliefs and folk entertainment, and

- the forest and mountains, which was the realm of spirits, hunters, miners and mountain ascetic monks.

Now the boundaries get a bit blurry but essentially this division is still there.

At the Furusato Village I could then see some of the traditional magariya close-up and even from the inside. Magariya are thatched roof houses built in an L-shape. They were inhabited by farmers in mountain villages together with their animals, especially horses. The houses here are a couple of hundred years old but they are carefully preserved.

The setting resembles that of a real village complete with village shrine and surrounded by gardens and ponds, paddy fields and forest. I loved to stroll around and get lost in thoughts about the life of the famers in the old days.

I had heard about Tono’s famous Shishi Odori Dance and about the active hunting culture. So I wanted to meet the dancers and hunters in person. These are not regular visits off the shelf but prior arrangements and an appointments are necessary. I entrusted local travel agency Michinori Travel Tohoku to help me with the bookings and to facilitate these meetings and I must say that these encounters were the highlights of my tour.

Shishi Odori is a dance where performers wear costumes similar to dragon dances you might have seen at Chinese New Year. Just that the costume here represents a deer and the dance is called “deer dance”. Actually, deer stands just for all animals and the dance is to express thanks to the animals killed by hunters for giving their life.

My first impression of the dancers in their customers was that of a shamanic ritual. Not far-fetched; the original is steeped in Shinto and nature worship.

The local hunters are old, and get older. The Chairman of the local hunting club, which counts 17 members, has been hunting for 50 years, he says. We can only guess his age. Their youngest hunter is in his 40s; the oldest hunter is over 90, but most are in their 70s. This is to say, they are pensioners and the hunting just ears them a bit of extra cash. Now they hunt mostly deer because since a few years ago deer have become a pest here.

To experience the nature and the spirit world around Tono, as described in the Tono Monogatari, I visited two “power spots” where massive megaliths in the forest have been worshipped since legendary days. This was the realm of the spirits, above all, the “Yamagami”, or the Mountain Spirit. I went to Tainaisan Jinja in the Towa area and to the Tsuzukuishi Stones closer to Tono City.

Both places are a bit out of the way and not visited by many people, which made them appealing to me straightaway and I could drive there by car. Set in the forest, the large megaliths at both places exude a mysterious aura.

One can imagine how people from an ancient culture might already have worshipped here or how mountain spirits circle around the large boulders. There is a certain kind of atmosphere here that invites you to do a short meditation or a nature mindfulness practice provided you don’t get scared being the only one there.

Day 3: Nature’s Beauty and the Resilience of the Locals

A drive from near Kamaishi Station up north and then on to the Hakozaki Peninsula took us past some of the areas that were devastated by the 2011 tsunami. Most buildings were brand-new and those that were not know had a sign on them which showed the water level at the time. In all cases it was much higher than my height.

We also saw some of the temporary housing units and the Kamaishi Unosumai Fukko Stadium, newly built for the 2019 Rugby World Cup. We drove by an inn whose landlady was dragged from the raging water and saved by some people. She was one of the lucky ones. Seeing all of this was sobering but I could also see that life went on.

Kamaishi is located on the Sanriku Coast. This is a so-called ria coast. There are many cliffs and bay making for a dramatic landscape and panoramic views. I had booked a guided sea kayak tour with local tourism agency Michinori Travel Tohoku because I wanted to explore some of these bays. However, the weather did not turn out in our favor. A heavy wind made a departure from a small harbor in the Hakozaki-cho neighborhood of Kamaishi impossible.

Luckily our kayak guide is also an experienced local hiking guide, so plans were quickly changed and we went for a hike along the Hakozaki part of the Michinoku Shiokaze Coastal Trail. The trailhead was near the Hakozaki harbor and our guide drove us up part-way of the trail for as far as her car was allowed to go.

The walk lead us across the peninsula to Ohakozaki, the tip of the peninsula, where we found a lighthouse and a small shrine. The real sight here though are the Senjojiki, the “thousand tatami mats” rock formations. The walk through the forest was beautiful in the soft autumn sunshine and the view of the rock formations and the ocean was just stunning.

I found Tono to be a fascinating place with a rich history and culture that I could just scratch on during my short visit. I got hooked by the spirituality of the people of Tono in the old days and how they tried to live with nature and the unseen world in harmony.

Tono’s proximity to the Hachimantai Mountains and the Sanriku Coast with the Michinoku Shiokaze Coastal Trail make it a great destination that I would love to come back to again, stay for longer and explore more.

Take a domestic plane from Tokyo Haneda, Osaka Itami, or another airport in Japan, to Iwate Hanamaki Airport. Then rent a car there, and enjoy your drive through the Iwate countryside. 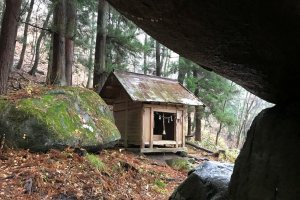 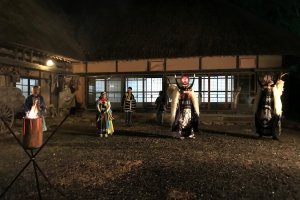 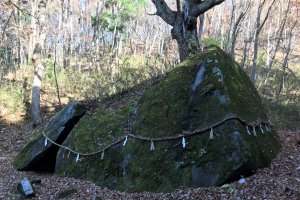 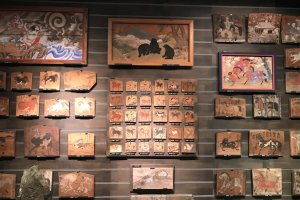 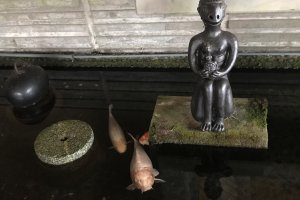 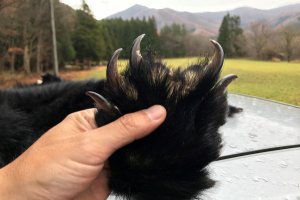 Malcome Larcens a year ago
Lots to see in Iwate, even after living here for over 16 years, I am surprised to hear of places that I never heard of before. With regard to the deer, despite being an avid hiker and cyclist, I never saw any for over a dozen years here. If people think there are too many, it might be time to reintroduce wolves to keep the natural balance. PS, technically speaking, Iwate is the largest prefecture in Japan, Hokkaido isn't listed as a prefecture, it's more like a territory.

Justin Velgus a year ago
Some highlights and wonderful folklore in this part of Japan for sure! It is always a pleasure to read about your travels!
Reply Show all 0 replies

Bonson Lam a year ago
A wilderness, sporting and cultural destination, all in one place.
Reply Show all 0 replies

Kim a year ago
This is a prefecture that I really want to explore more of!
Reply Show all 0 replies

Sleiman Azizi a year ago
Wow, there is a lot here!
Reply Show all 0 replies
5 comments in total