Searching for the legends of the Tono Monogatari 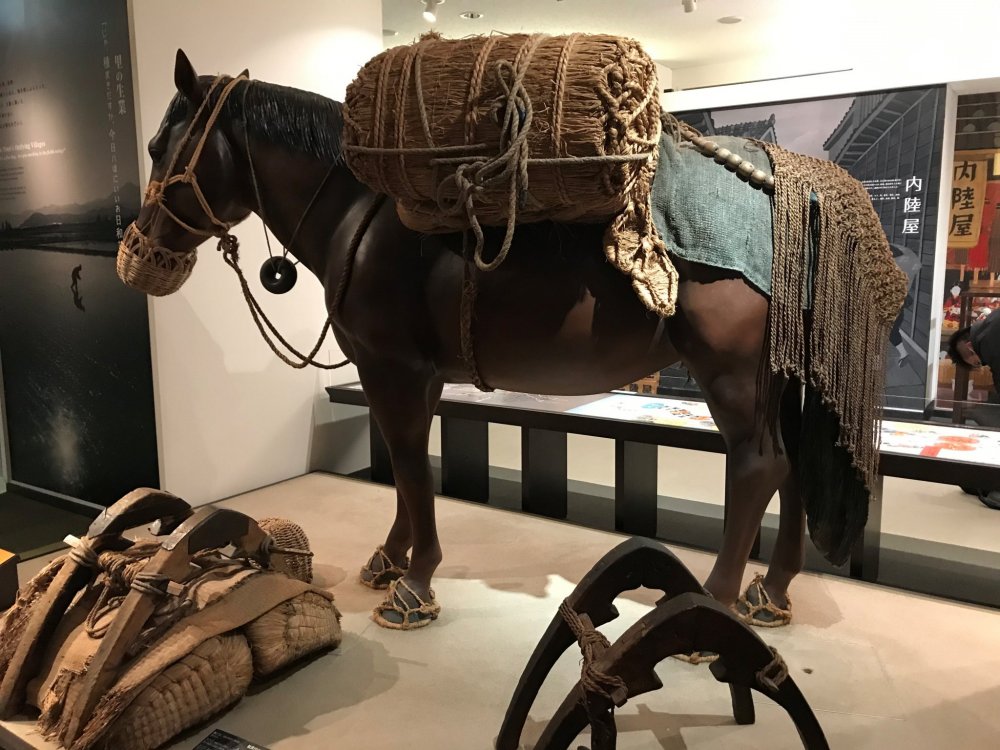 A Nambu horse used as a pack horse 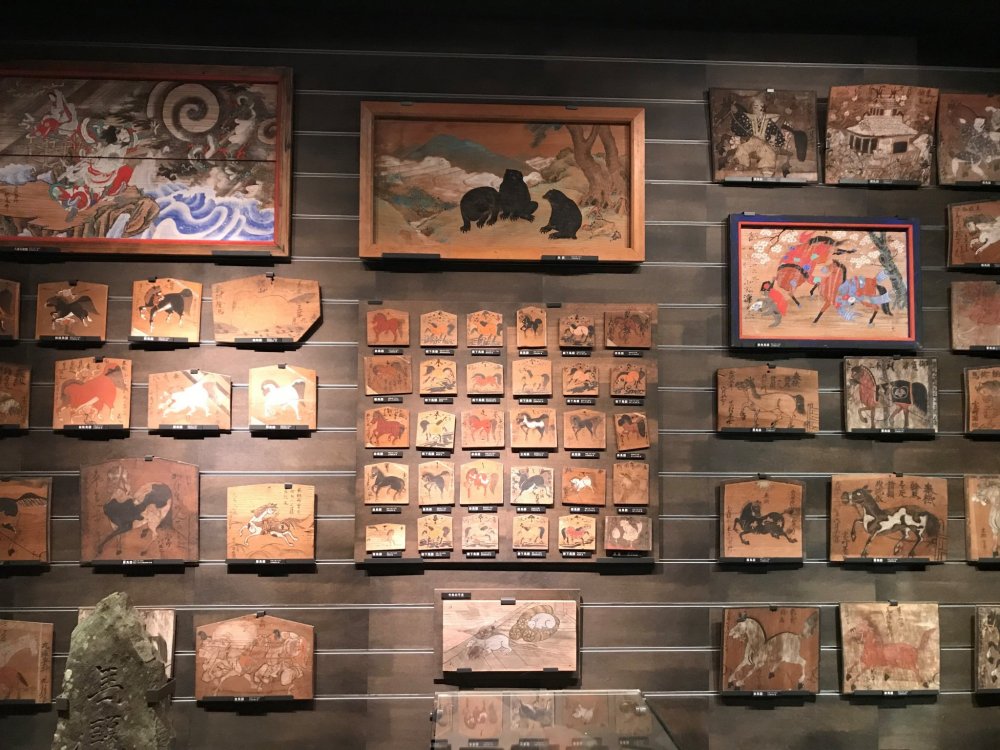 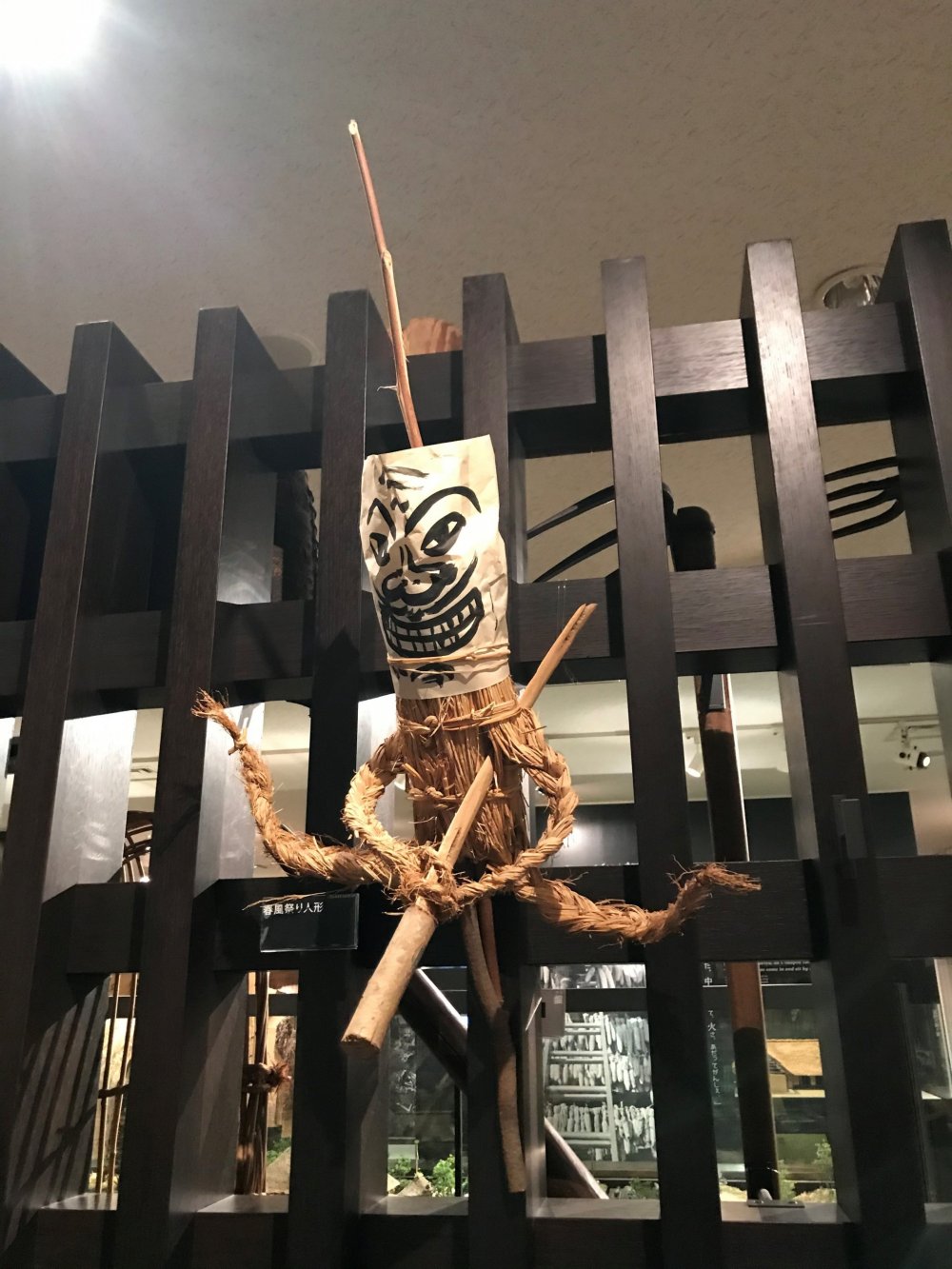 Another common sight: straw statue for a rain-making ritual. 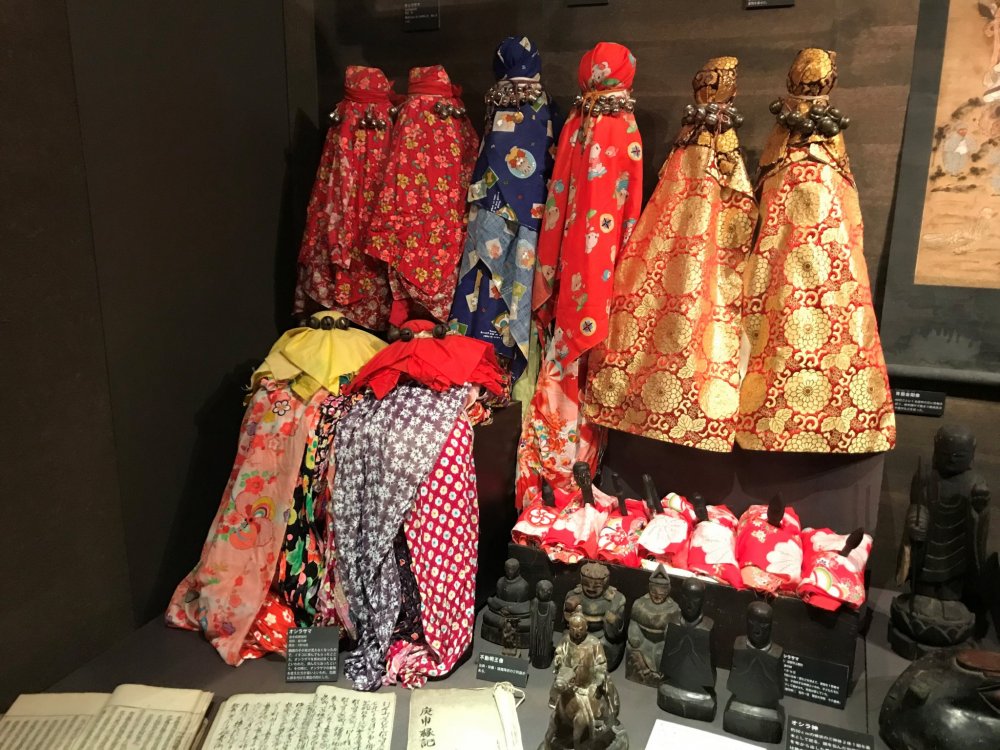 Many Oshira statues are preserved. 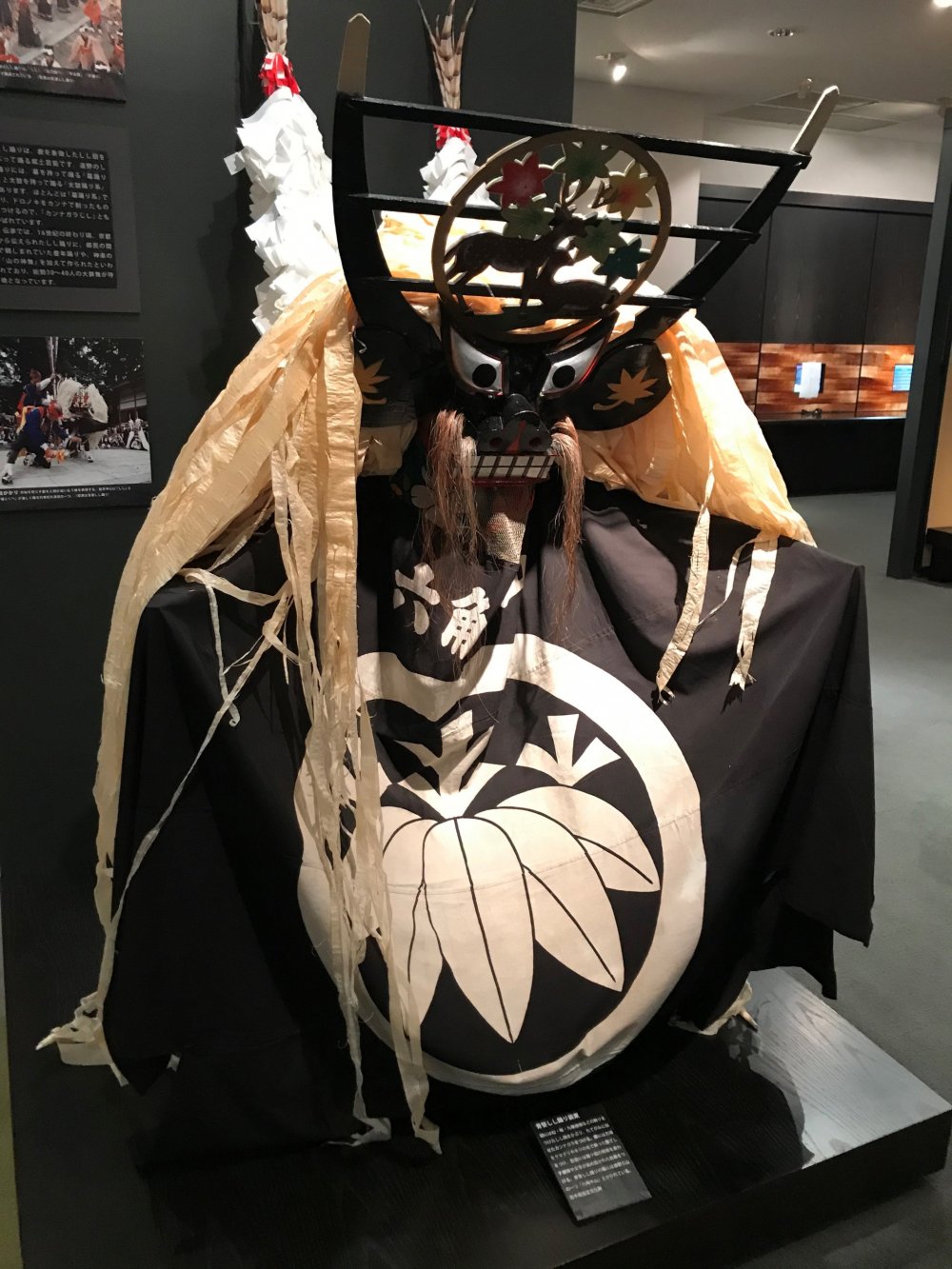 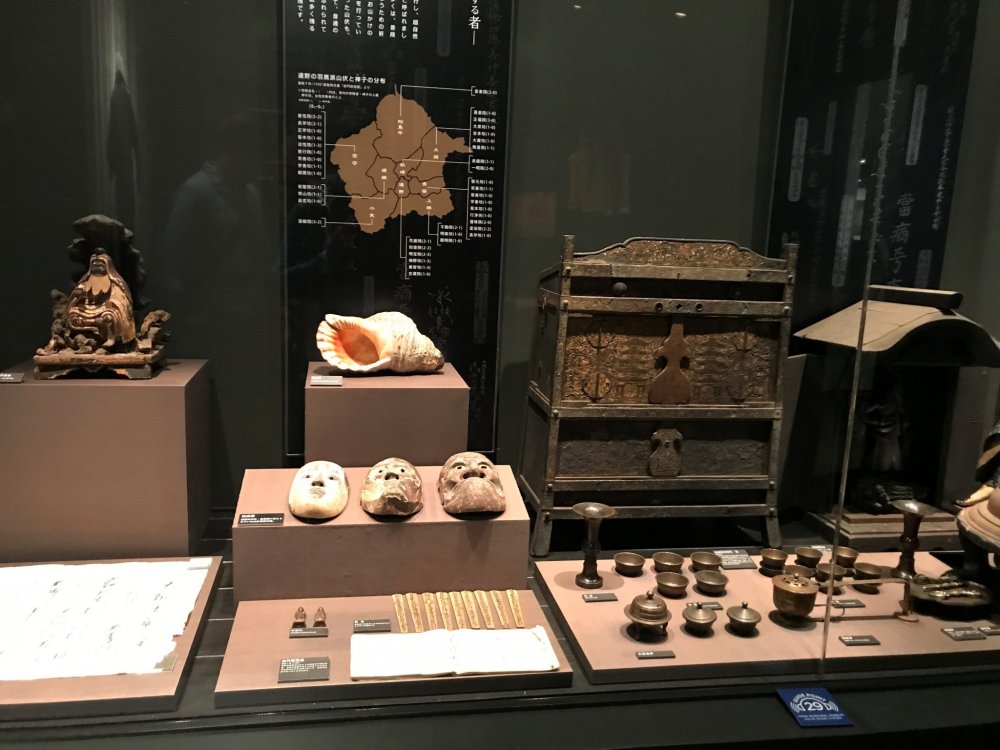 Tono has a Shugendo history that is waiting to be re-discovered again. 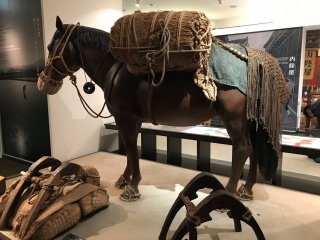 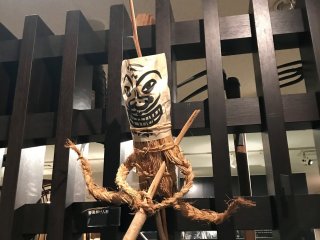 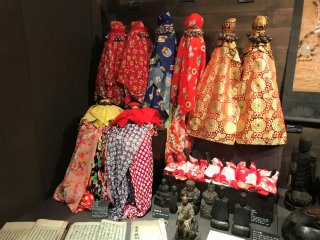 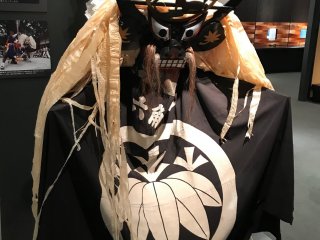 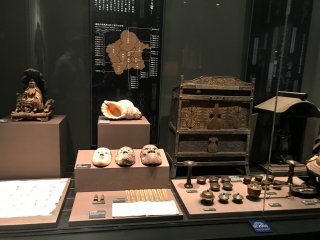 Have you ever read the "Tono Monogatari", the Legends from Tono? These are stories from the area around Tono in Iwate Prefecture. These legends tell us about the encounters that locals are said to have had with mystical creatures, evil spirits and mischievous deities in the deep forests and rugged mountains of this area.

Actually there were some mines around Tono and it is assumed now that some of the fearsome apparitions could have been miners who might have looked unkept and hence scared the locals. These miners must have lived a very hard and lonely life alone deep in the mountains. Is this why they kidnapped children and women from the farming villages - to get someone's company and help?

So, it might not have been Tono's famous Kappa monsters who did the kidnapping after all but humans in need of a partner and a family. We don't know for sure now as over a century has already passed since the legends were published and even longer since these strange things happened around Tono.

More than one hundred of these legends were collected by Japanese scholar Yanagita Kunio in the early years of the 20th century and they were published as the Tono Monogatari in 1910.

Tono was once a very isolated and remote place in the middle of the Tohoku mountains. It was surrounded by dark forests and it was almost cut off from other areas by raging rivers, deep gorges and swamps in the river plains. Despite this remoteness, or because of it, the region looks back on a rich history and folklore that can still be discovered today.

The best places to get a glimpse of the past is the Tono Folk Museum and the Tono Historical Museum. The author suggests to visit both museums to get a comprehensive picture of how the people in this area once lived.

The exhibits at the Tono Historical Museum tell us about the life of farmers and of towns people in this area during Japan's Edo Period. We learn a great deal about their life with horses, the famous "Nambu Horses". Tono is famous for breeding these horses which were used as work horses in the fields and in the forest and as pack horses for the transportation of goods.

Tono was a stop-over point between the inland and the coast, and Tono horse handlers earned a living by breeding and selling horses and by guiding pack horses across the mountains to some local markets.

It is not surprising then to find many exhibits in the museum that show horses, like the many ema (votive plates) that were used to pray for the health and safety of the horses.

One showcase contains many wooden sculptures which portray the local deity Oshira. There is a legend about Oshira that tells us about the unhappy love of a local girl for the family's horse. In the legend, this is a love affair between a girl and a boy. The father does not approve and he kills the horse. The girl is beside herself with sadness and grief and she clings to the dead body of the horse. This angers the father even more. In his rage, he cuts of the head of the horse. This is too much to bear for the poor girl and the higher forces intervene. The girl and the dead horse, her boyfriend, are beamed up to heaven and are united there.

Down on earth they were henceforth venerated as deity Oshira and they are portrayed as two wooden sculptures bound together, one of a girl and one of a horse. Oshira shrines could be found in all houses around Tono in the old days. Nowadays you can admire many of them in the Tono Historical Museum.

These stories of miners, horses, deities, and many other stories about Tono in the old days are waiting for you to be discovered at the museum. The author suggested to read the English version of the "Tono Monogatari" before your trip or to buy a copy at the museum. The legends are short yet fascinating, and if you are into local lore than you might read the book in one go.

Elena Lisina a month ago
I like folklore and distant, not touristic places of Japan. Thanks for sharing, Alena!
Reply Show all 0 replies

Bonson Lam a month ago
This is a great article, full of intrigue. Loved the story about the horse.
Reply Show all 0 replies

Justin Velgus a month ago
Fascinating! Many legends such as Akita's Namahage demons, tengu, and as pointed out kappa have interesting alternative back stories. I never heard about the miner theory!
Reply Show all 1 replies

Alena Eckelmann Photographer a month ago
I learned about this theory only last year and I think it makes sense.
Reply
5 comments in total

Elena Lisina a month ago
I like folklore and distant, not touristic places of Japan. Thanks for sharing, Alena!
Reply Show all 0 replies

Bonson Lam a month ago
This is a great article, full of intrigue. Loved the story about the horse.
Reply Show all 0 replies

Justin Velgus a month ago
Fascinating! Many legends such as Akita's Namahage demons, tengu, and as pointed out kappa have interesting alternative back stories. I never heard about the miner theory!
Reply Show all 1 replies

Alena Eckelmann Photographer a month ago
I learned about this theory only last year and I think it makes sense.
Reply
5 comments in total